News Anchor Supreet Kaur did not derail Saturday's morning news broadcast when she found out live on-air that her husband had died in a car accident.

The newscaster from India's IBC 24 only flinched for a moment before quickly coming back to her professional demeanor to continue reporting the daily news.

A local reporter called the station to give details of the car crash to which Kaur reported that three of the five people inside the car had died. She learned later that her husband, Harshad Kawad, was one of the passengers in the fatal accident. 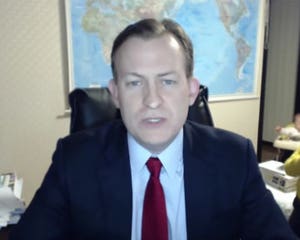 "As she read out the news, she found out that it was the vehicle her husband was to travel in in that region on the same day. Even though the reporter on the ground did not give out names, the team could tell that she had found out. The production team had also just found out, but could not tell her as she was live on television," a senior editor at IBC 24 told Indian Express.

"It speaks volumes about her sense of duty and professionalism that she continued and kept her calm for another 10 minutes...the moment the cameras were off she began calling her relatives and broke down."