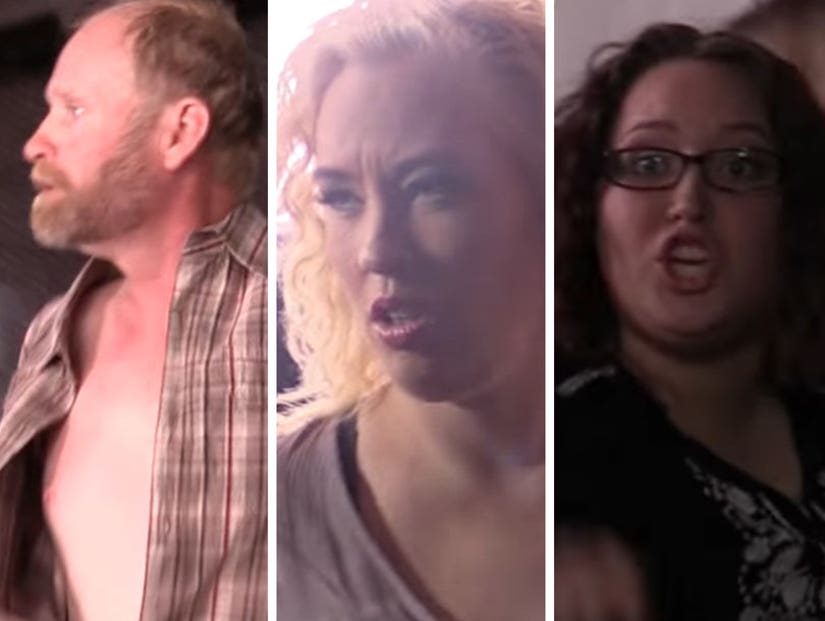 Mike "Sugar Bear" Thompson lashes out at June Shannon and her daughter Pumpkin on Friday's reunion episode of "Mama June: From Not to Hot."

During a conversation between the exes about Mike's alleged lack of contact with daughter Alanna "Honey Boo Boo" Thompson, Sugar Bear flies off the handle and storms out of the studio.

Thompson says he's tried to see her more often, but hasn't been able to due to June's schedule. "I got a lawyer on the case, you're gonna get the paperwork," he shouts at her. "That's all I have to say. Fuck it, I'm done. You stupid bitch."

From off-camera, Pumpkin then calls him a "stupid piece of shit."

"I got you too," he screams at June's daughter.

Thompson then rips his shirt in anger as a security guard holds Pumpkin back while she yells, "Come on bitch! I swear to god, I will beat your fucking ass!" 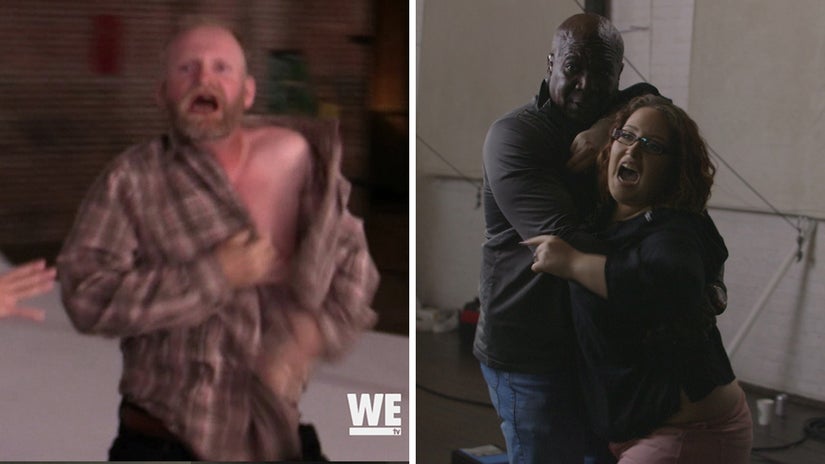 Thankfully, she's backstage texting away, unaware of any of the commotion between her family members.