Peter Capaldi, "Doctor Who's" 13th Doctor revealed to Graham Norton Friday night the reasons behind his decision to depart from the hit BBC show.

"Doctor Who is a great job, but it is a bit of a television factory," Capaldi said. "You do twelve episodes a year, and I just worry that I wouldn't be able to continue doing my best work. Because, you know, I like to be able to learn the lines and do some preparation and come in and give it the vigor and fun. And not hate it. So I just thought, you know, while you're enjoying it, leave."

With regard to the Doctor's regeneration, Capaldi revealed that he filmed his "death" scene and about it said, "I can't tell you what's going to happen, but it's going to be very interesting." 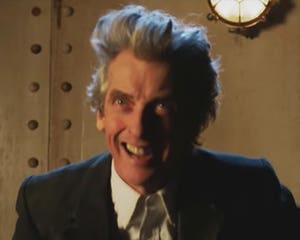 Capaldi previously spoke out about the role and said that he wanted to play the venerable role of The Doctor for many years to come.

He told The Andrew Marr Show in December -- just a month prior to announcing his departure from the long-running show -- that he wanted to continue playing the role "for a long time."

"I don't want to escape the idea that I'm Doctor Who," he said. "It's finite. I won't be Doctor Who forever, so there will be a day when people don't come and say hello."