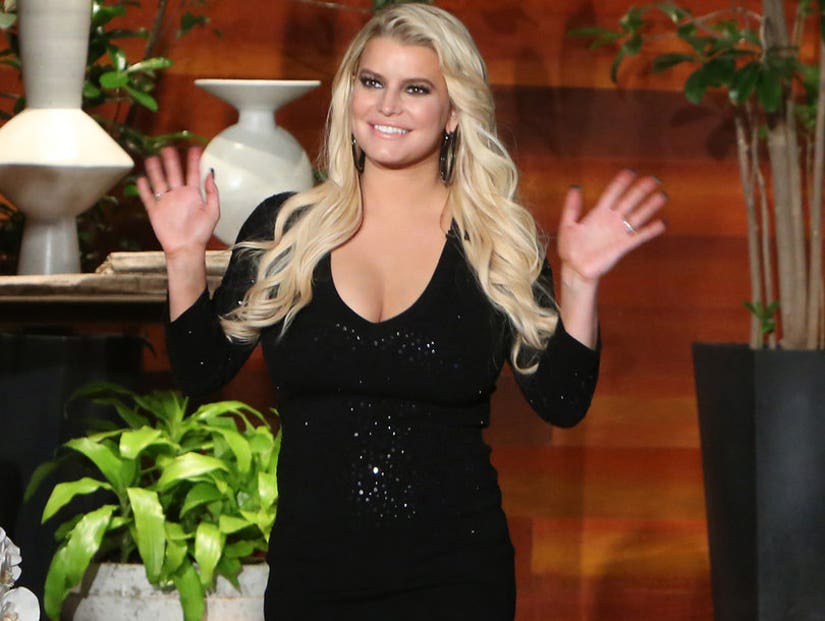 While most stars make a big deal out of announcing their pregnancies, Jessica Simpson had to do the opposite and declare her non-pregnant status on "The Ellen DeGeneres Show."

After photos surfaced last week where some outlets claimed the singer looked like she was knocked up again, Simpson used her appearance on the talk show Monday to explain that, no, she's not expecting ... and likely won't be ever again.

"I'm not pregnant on your show!" she exclaiming, referencing the fact she was with child during her last appearance.

When asked if she was "sure" she wasn't pregnant, Simpson replied, "Yes, Oh, gosh! We got an IUD, nothing's gonna get in that uterus!"

Simpson added that she and husband Eric Johnson are very happy with their current brood, which includes daughter Maxwell, 5, and son Ace, 3.

"I have two beautiful children and I'm not having a third," she added. "They're too cute! We really can't top that." 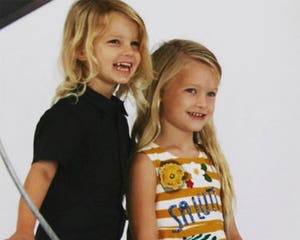 Simpson Shares School Photos of Maxwell and Ace -- Too Cute!

One thing she does have in development is new music though.

"It's been a long time. My husband has never really seen me perform," she explained. "It is so exciting. I bought Ozzy Osbourne's house, so it has this presence of like, 'Ah!'"

"Just go underground and see what happens," she said of recording in her basement. "I probably have about 38, so maybe 36 or 39 [songs. I have to play it for you, because I think you'll be impressed. I'm impressed with myself!"

And, because this is Ellen, Simpson then played a Sumo wrestling game with the host. Check that out below.