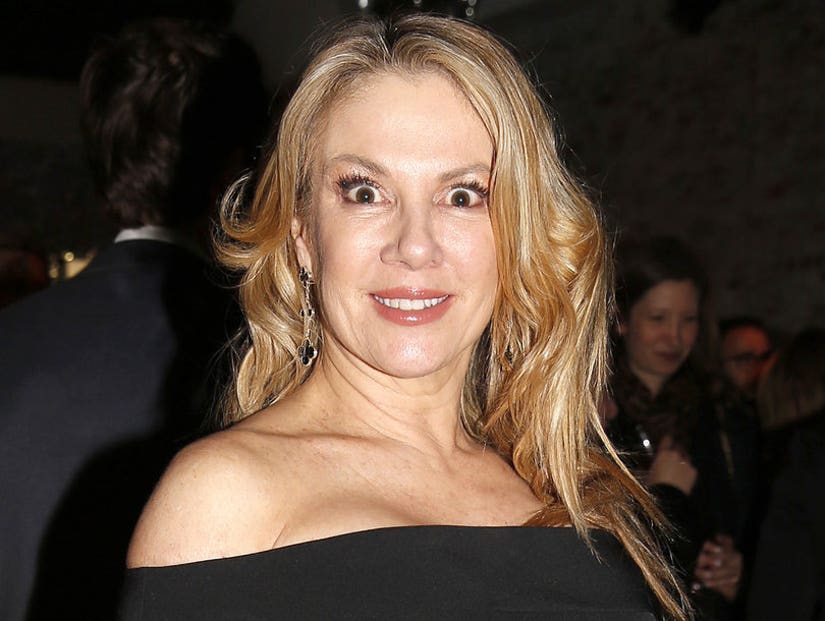 Ramona Singer is blaming it on the alcohol.

The "The Real Housewives of New York" star stopped by The Jenny McCarthy Show Thursday to discuss the real catalyst behind her blowout with Bethenny Frankel on Wednesday's episode of the Bravo series.

"I was shit-ass nervous, so I was drinking all day long," Singer confessed to McCarthy.

Singer described Frankel as "intimidating, threatening and tough," and McCarthy agreed that Frankel "poked the bear" and provoked the fight.

The reason Singer took Frankel's comment regarding her friendship with her so personally is because she said she played a pivotal role in trying to mend Frankel's friendship with former "RHONY" star Jill Zarin.

"I supported her," Singer said. "I went to her wedding. I've always been there for her in her good times and her bad times. Yes, she's a difficult person to get to know." 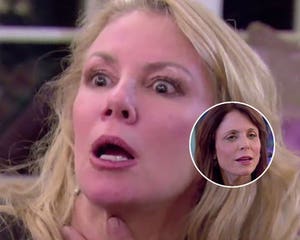 "What I'm realizing now about Bethenny is she doesn't even realize that she's a bully. She doesn't realize it," she added.

But Singer insisted that the cameras didn't show everything that happened that night. She said she was talking to Frankel about how her relationship with her daughter, Avery, has grown into a friendship and that Avery's friends are like second daughters to her.

She also revealed Avery almost got expelled from Convent of the Sacred Heart because of Singer's involvement with "RHONY," so she said asking Frankel about the recent press regarding her topless sex scene in the 1994 movie "Hollywood Hills, 90028" was relevant.

"I think down deep, she wants to be loved and she wants to be liked," Singer said. "We all do. And I think she does basically have a good heart, but I think she can't get out of her own way because maybe... Listen, we all have stuff because of our upbringing, and you know, I went up against her. I don't have her sense of humor. Probably if I had her sense of humor and wit, it wouldn't come across so badly. Shes quick witted, she's calm, collected. I'm not like that. I'm a loose cannon. I admit it."