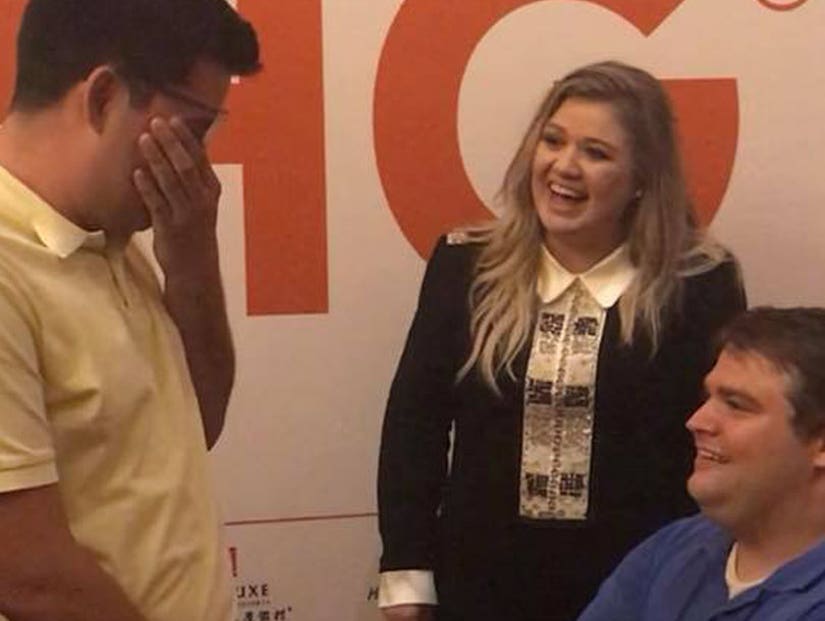 The OG "American Idol" winner performed on Tuesday at an event for InterContinental Hotels Group in Las Vegas, where two longtime boyfriends and fans of the singer, Justin Blake and Alex Malerba, attended her show.

But what began as just a fun evening of dancing and rocking out to Clarkson's greatest hits ended with this:

So how did this epic proposal happen?

Melerba gave TooFab a play-by-play of night. Here's what went down, in his own words:

Well, I work for IHG. I'm a general manager at one of their hotels and they have a conference this week in Vegas. A few months ago they announced Kelly Clarkson would be the main performing act for the show and I already told my manager, who was going with me, to watch out because I love her and I will be singing every word to every song. He said, "OK," but he still didn't realize what he was in for when we went.

We made sure my partner Justin would be able to go to the show. We got him in a few weeks prior because I said, "What if I could ask Kelly to help me with the engagement process?" I thought that would be cute and romantic so I reached out to her through Twitter, Facebook, different social medias, but never heard back so I kinda gave up on that, but was still planning the proposal process for here in Vegas. 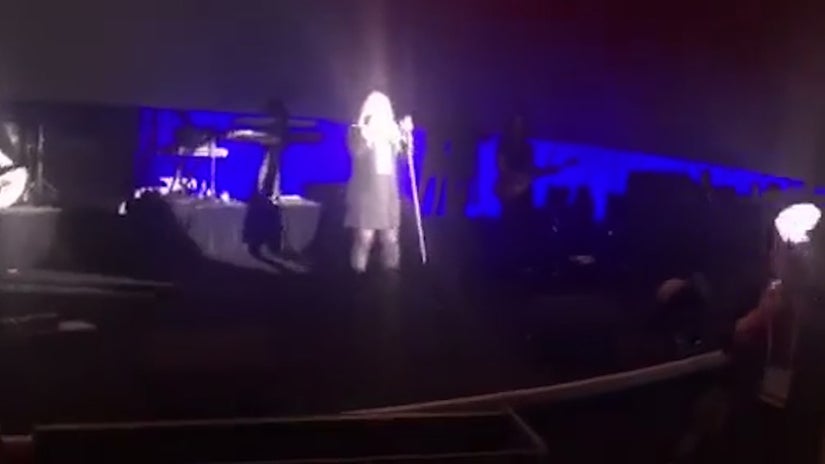 After the show we were all leaving and they had a meet and greet for special contest winners and I talked myself up there like, "No, they have my name - she talked to me at the concert. I'm Alex."

So I get to security and I told them, 'Look, she had talked about me. I just want to meet her.' So they said, 'Alright. Well, let's ask her.' So they go back and ask her: "The guy you had spoken to at the show is here and wants to know if he can get a pic?" And I could hear her yell, "Yes, of course."

So I'm waiting in line and I said, "Would it be OK if I go get my boyfriend? I would love to propose to him with Kelly here." And they said, "No." 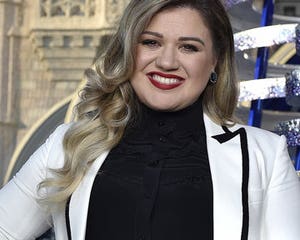 I get back there and take a picture with just me and her and I was very sweaty after an hour and a half and she was like, "You're just as sweaty as me. You were clearly putting on a show too. Thank you so much. I was looking at your lips because I kept forgetting one of the songs, but focusing on you - it helped me know what words to sing." I said, "I'm glad I could help, but but you did forgot the words to 'Catch My Breath'" and she was like, "What?! You're not supposed to tell me!"

So he's shaking now and he's like, "Wait, what? Huh?" So we run back down, wait in line, I gave them my phone so they could record it and we get back there and she's like, "Hey guys! How are you?" We took the picture and I just got down on my knee and I told him how much I love him and said how I want to spend my life with him. We've been together for four years and I had already had the ring picked out and everything, but due to sizing reasons it wasn't going to be here until today. So I didn't have it with me, but I was not gonna lose that opportunity.

She was so sweet! She hugged us after the video and talked to us and told us how exciting it was and her tour manager was actually the one who filmed everything so it was really Team Kelly Clarkson that put the whole thing together.

BTW, Malerba told TooFab Clarkson is "absolutely" invited to the wedding -- but he'd really like her to officiate it. 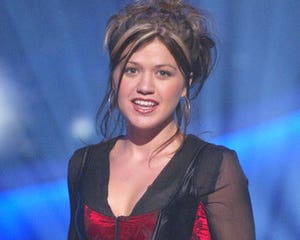