Even songs are getting reboots in 2017. Sisqo just released a new version of "Thong Song."

The singer partnered up with Norwegian DJ trio JCY for a new rendition of his hit 1999 single. Though the lyrics are the same, there is a brand new sound and music video.

"I've been asked so many times over the years to make a new version of 'Thong Song' and I have declined every time until I heard the new version that JCY did," The 41-year-old hip-hop artist told BuzzFeed. "I thought it was dope and figured maybe it was time to put some new rims on the Bugatti." 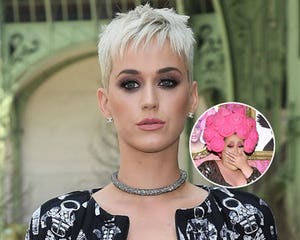 Katy Perry Accused of 'Begging' Drag Queens to Work for Free in Music Video: 'We All Said NOPE'

As Sisqo describes, the new video does take a more 2017 spin on things, but keeps the same bikini clad, tropical vibe of the original music video.

"The Thong Song" debuted on New Years Eve 1999, and went on to peak at number 3 on the Billboard charts. Sisqo also told Buzzfeed that the new video is missing his signature stunts due to an injury that dislocated his ribs prior to the shoot.

"I'd just done a show on the complete opposite side of the country where I dislocated three ribs. The epitome of insult to injury was the couple of hours we had to learn brand new choreography for the video right before recording it where in most cases you get a week to learn a new routine. Even though I had to perform in the video injured, I think it turned out pretty good." 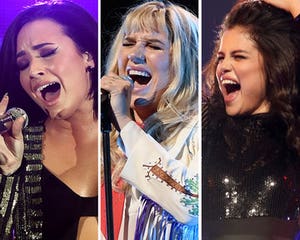 Fans on Twitter were not expecting to see the remake, but many are actually surprised that it as good as it is.

Me: Why the hell does Sisqo have a Thong Song remake?