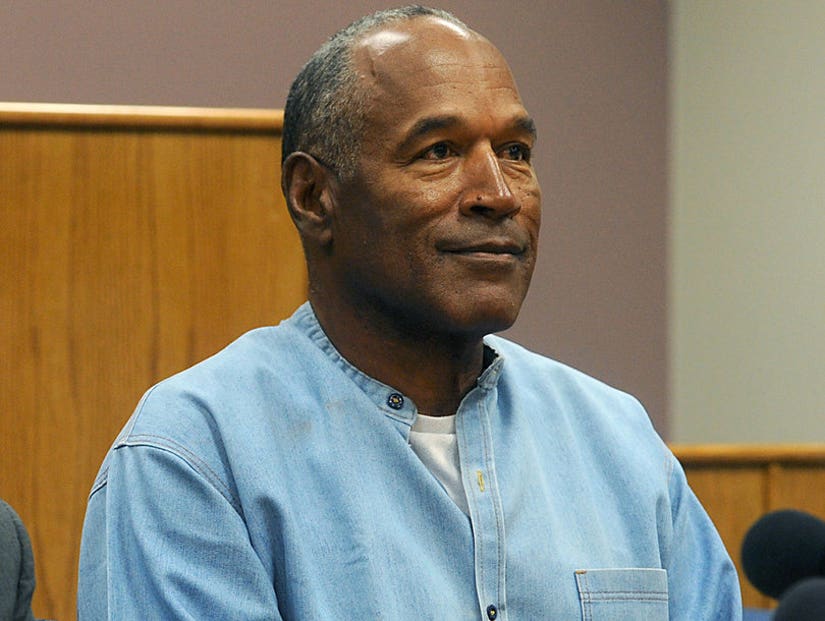 O.J. Simpson was a whirlwind of emotions at his parole hearing Thursday morning.

The 70-year-old NFL Hall of Famer started his hearing a little rocky, fidgeting and taking numerous deep breaths to try and clear his nerves. He later became comfortable and even cracked a few jokes while while trying to convince the board to release him from prison.

Simpson's parole was granted after serving 9 years of a maximum 33-year prison sentence. He'll be released as early as October.

Keep reading for 4 of the funniest moments from the hearing.

As the commissioners were going through the logistics, one said O.J.'s age was incorrectly listed as 90-years-old.

The room erupted in laughter and Simpson threw a joke in: "I feel like I'm 90."

Although Simpson has had quite a few run-ins with the legal system, he believes he's had a pretty innocent life.

"I realized when I was here that I was a good guy on the street," he said.

"I've always thought I've been pretty good with people. It's basically been a conflict-free life," he continued. "I'm not the kind of guy who ever got into fights on the street with the public and everybody."

O.J. Wants Out of Nevada

Simpson's hearing was in the state of Nevada he committed his robbery in Las Vegas, but requested to live in Florida with the rest of his family if he granted parole.

"You guys don't want me here," he joked.

Simpson told the commissioners that he stayed very active throughout his nine years in prison. He was involved in religious meetings, victim empathy and alternative to violence courses, mediating fights that broke out between other inmates and even taking a computer class to learn new technological skills to communicate with his kids.

Simpson said that his knowledge of computers has prepped him with the skills to make a video blog about his life.

He later admitted that he was just kidding.