Graham announced the track with a sneak peek clip from the video last August and released the song in December before finally dropping the full visual this week on YouTube.

The video -- directed by Swedish director Nikeisha Andersson -- shows Graham giving a nod to his son by wearing a few of Drake's iconic owl symbols around his neck. The fog-filled video also features a beautiful blonde and flowing alcohol. 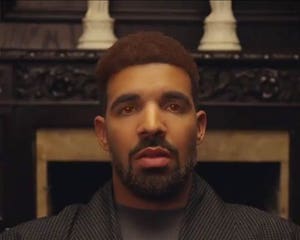 Dennis has been in the music scene for quite some time now, between playing drums for Jerry Lee Lewis and mentoring his son.

According to Mashable, he's expected to release a full album later this year.