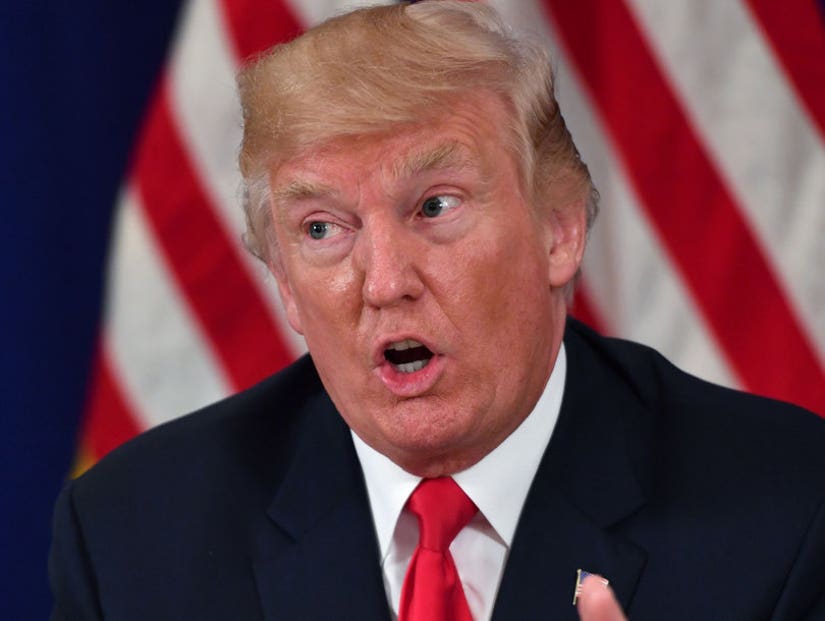 Donald Trump made a public appearance on Saturday in Bedminster, New Jersey where he addressed the attacks in Charlottesville.

"What is vital now is a swift restoration of law and order and the protection of innocent lives," the President said.

What is vital now is a swift restoration of law and order and the protection of innocent lives.#Charlottesville pic.twitter.com/DB22fgnu6L

He continued with his vague message saying, "We must remember this truth: No matter our color, creed, religion or political party, we are ALL AMERICANS FIRST."

We must remember this truth: No matter our color, creed, religion or political party, we are ALL AMERICANS FIRST. pic.twitter.com/FesMiQSKKn

Trump followed his New Jersey appearance by tweeting his condolences for the loss of two Virginia State Police Officers and an innocent woman killed when a car plowed into a crowd.

"Deepest condolences to the families & fellow officers of the VA State Police who died today. You're all among the best this nation produces," Trump tweeted.

"Condolences to the family of the young woman killed today, and best regards to all of those injured, in Charlottesville, Virginia. So sad!"

Conservatives and liberals alike took to social media to denounce the President's statements and demand he call the hate groups "White Supremacist." Here's a sampling of some of the angry reactions.

I've got to say, I'm sick of the imploring & pleading with Donald Trump to say the right thing. He said what he meant & meant what he said.

Nothing patriotic about #Nazis,the #KKK or #WhiteSupremacists It's the direct opposite of what #America seeks to be. #Charlotesville

Mr. President - we must call evil by its name. These were white supremacists and this was domestic terrorism. https://t.co/PaPNiPPAoW

There is only one side. #charlottesville

Donald Trump's grandchildren are Jews, and still he does not condemn Nazis and white supremacists chanting "blood and soil." No words...

Sen. Lindsey Graham, on white supremacist groups, telling Fox: "These groups seem to believe they have a friend in Donald Trump in the 1/

Well one thing in this tweet is true: Donald Trump didn't take sides on Charlottesville. That, of course, is the problem. https://t.co/JoxbJlCfVl

Her name was #HeatherHeyer @realDonaldTrump. Victim of the domestic terrorism U have incited. RESIGN. NOW.

I am so mournful about what happened in Charlottesville. And I am infuriated & frankly, terrified by @realDonaldTrump 's response to it.

Tell this shit to your dad. https://t.co/7dtENbJZHf

Impeach the white supremacist in the White House or STFU https://t.co/xy8RPoYoZs

Is it possible you aren't aware that that's literally your father's base? Good God I know it's wildly inconvenient but please open your eyes https://t.co/ycJe1Kzpq8

I was very bothered by what happened today. I stayed in tonight, had the news on for a while but… https://t.co/2e2waZM6Xw

You are a real super hero, dear. Rest In Peace that your life will not have been lost in vein due to a group of people driven by hate. https://t.co/SRaufLjWST

To everyone who voted for him: fuck you. Seriously fuck you and all your bullshit excuses like "but she's a liar!" You're all so stupid.