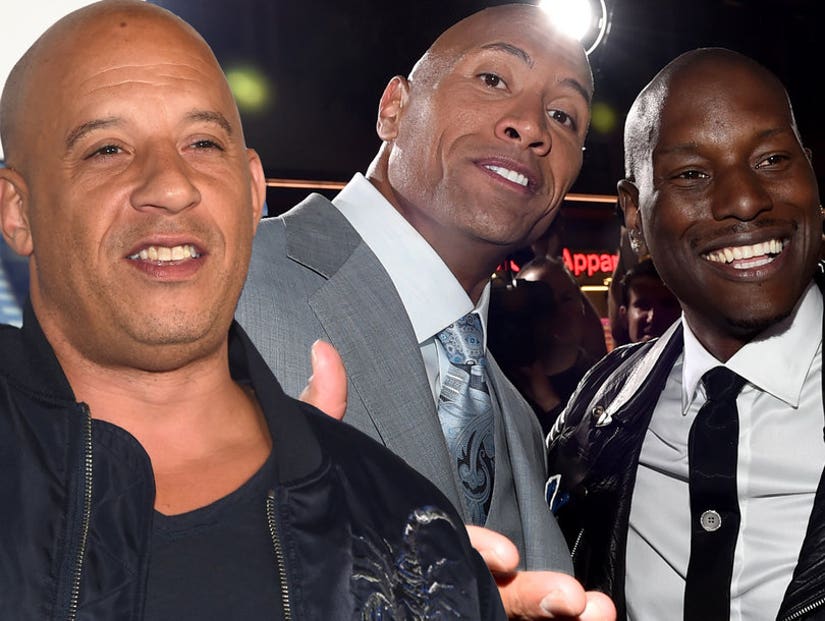 Dwayne "The Rock" Johnson may have just reignited his past "candy asses" beef with his "Fast & Furious" co-stars in an Instagram post where he expressed his excitement over the Hobbs spinoff.

"Thank you UNIVERSAL STUDIOS for being tremendous partners who see the big picture and for coming to us years ago with this spinoff idea. Huge shout to my brother, Jason Statham for the trust and wanting to create and deliver something fresh and bad ass for the fans," he wrote. "I have a tremendous amount of respect for this franchise that I've enjoyed droppin' blood and sweat in over the years and my vision is to create greater opportunities for not only my fellow FF cast mates, but for other amazing actors as well who want to be a part of something new and cool."

"I want to use my spinoff platform to create new characters that fans will ultimately love to have fun with in multiple chapters and platforms," he continued. "Film, TV, Digital, Virtual Reality etc.. the more opportunities we can create the better for the fans.Smart business." 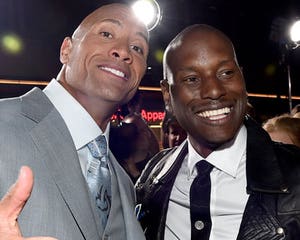 "Let's have some FUN and to quote, Hobbs the boss, if you don't like it, we're happy to beat that ass like a Cherokee drum," he added along with the hashtag #CandyAssesNeedNotApply.

In case you forgot, Johnson first called his male co-stars "candy asses" in August 2016, complaining about the work ethic on set. "Some conduct themselves as stand up men and true professionals, while others don't," he said at the time. "The ones that don't are too chicken shit to do anything about it anyway. Candy asses."

While it seemed like his beef with Vin Diesel has been squashed, the same can't be said for Tyrese Gibson. 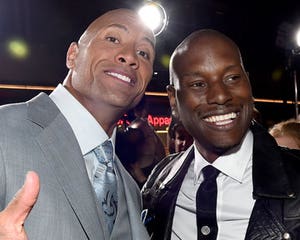 After the release date for the ninth film in the franchise was moved from April 19, 2019 to April 10, 2020 in September, Tyrese blasted Johnson in Instagram.

"#PSA Congratulations to @TheRock and your brother in law aka 7 bucks producing partner @hhgarcia41 for making the fast and the furious franchise about YOU - And like you, DJ even if they call I will not be deleting this post," he said.

"Gn folks see you in 2020 April #FastFamily right? Nah..... it's about #TeamDewayne," he continued. "#3yrs will it be worth the wait? #NoShaw just Hobbs will this be another #BayWatch? Guys guys just relax I'm just a passionate film critic."

The actor also used social media to call out Johnson for not returning his text messages.

"If you move forward with that #Hobbs Movie you will have purposely ignored the heart to heart moment we had in my sprinter -- I don't wanna hear from you until you remember what we talked about -- I'm on your timeline cause you're not responding to my text messages -- #FastFamily is just that a family....... We don't fly solo," he wrote in the comments on one of Johnson's posts.