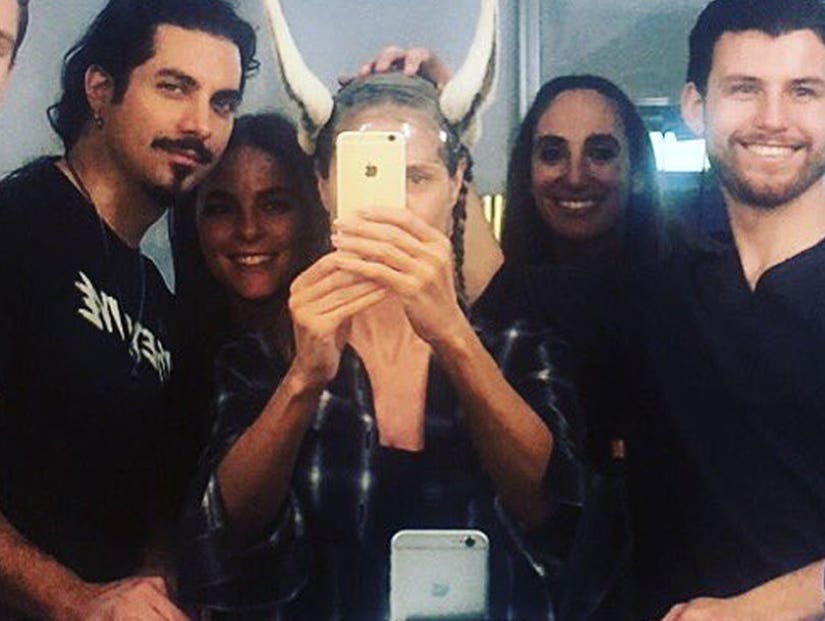 Heidi Klum may be howling at the moon tonight, because all signs point to a werewolf costume for her Halloween getup.

The supermodel's annual party has become one of the biggest bashes of the year, thanks to her incredibly elaborate and over-the-top costumes every year. While she disappointed many in 2016 by dressing as herself while five "clones" flanked her all night, it looks like she opted for something a lot scarier and labor intensive for 2017.

Though many of her fans speculated she'll be lycanthrope this year, we have a feeling it won't be just any werewolf, but Michael Jackson in the "Thriller" music video.

The sharp teeth and white ears match the ones MJ sported back in the 1983 classic, while Klum herself included the song in her Halloween party Spotify playlist.

"I even put what you might call an 'Easter egg' on the playlist as a clue to my costume," she previously revealed. "Let's just say, this year, I wanted to be something much scarier."

The playlist also includes spooky songs like "Ghostbusters" by Ray Parker, "Dracula" by Gorillaz, "Psycho Killer" by Talking Heads and "Scary Monsters (And Super Creeps)" by David Bowie, but the Jackson track seems to fit best.

We'll find out if we're right when Klum hits the red carpet later tonight at her party in NYC! 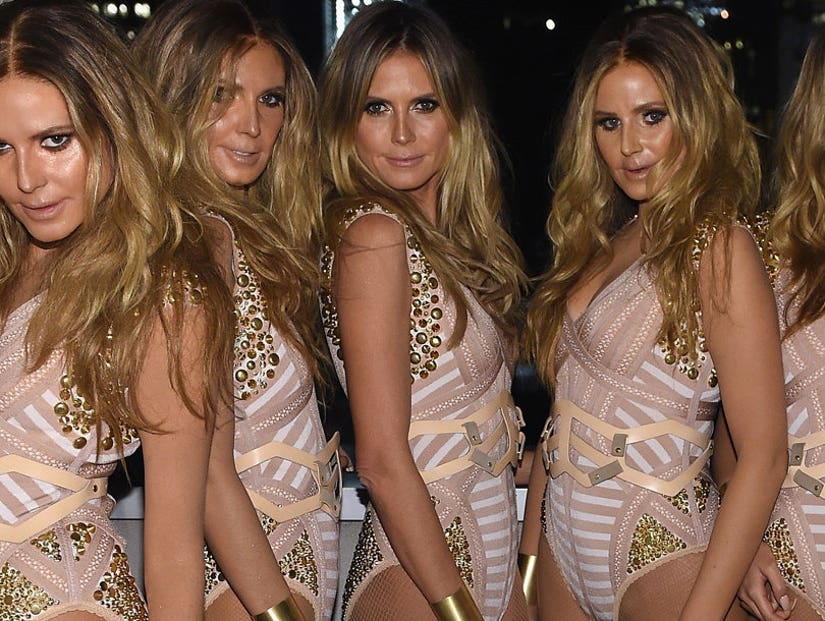