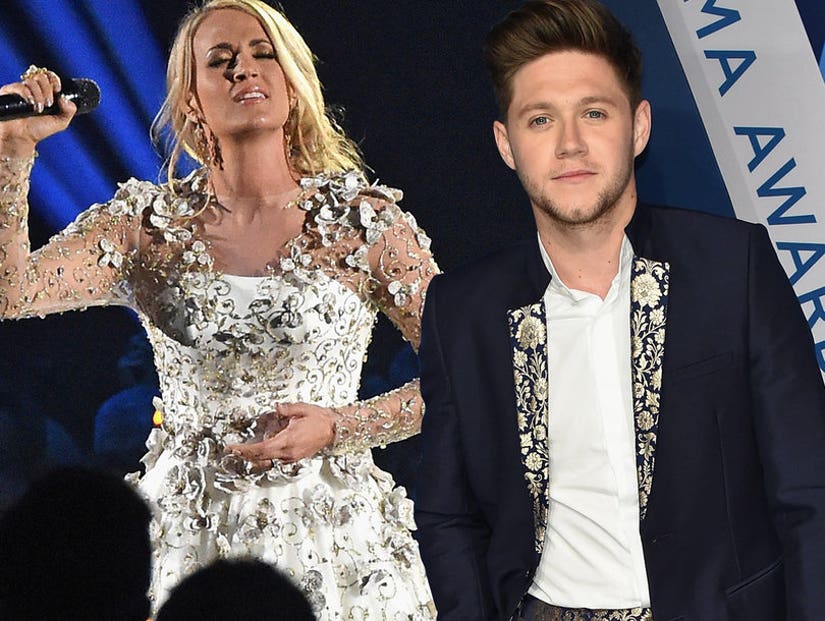 The 2017 Country Music Association Awards were handed out Wednesday evening at the Bridgestone Arena in Nashville, Tennessee. Hosted by Carrie Underwood and Brad Paisley for the 10th year in a row, the show honored the biggest and boldest stars in country music and packed in an impressive number of performances through its three hour run time.

Miss the show? Here are the moments that'll have everyone buzzing:

Underwood and Paisley opened the show by throwing caution to the wind with a few political jokes in what Underwood said was supposed to be a "politic-free zone."

With a quick duet to the tune of Underwood's hit, "Before He Cheats," the two mocked Trump by singing, "Right now, he's probably in his pajamas, watching cable news, reaching for his cell phone. Right now, he's probably asking Siri who in the hell you spell Pocahontas … Maybe next time he'll think before he Tweets." They two also had fake song titles referencing Hillary Clinton, Anthony Scaramucci and Paul Manafort.

During the monologue, the duo also addressed the recent shooting in Las Vegas and other tragedies in the U.S. "The best way to honor our fans is to play our music. Loud and proud," said Paisley. "This year's show is dedicated to all those that we've lost, and all those who are still healing," he added.

Underwood also said the awards were a chance for everyone to "come together, pray together, cry together, and sing together too." 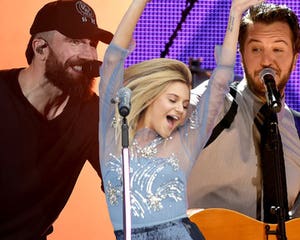 In NYC for SNL rehearsals. I️ LOVE YOU @littlebigtown and CMAs. pic.twitter.com/3QT7bX6yOe

For all those who thought Taylor Swift left country music in the dust, she hasn't. The singer won her tenth CMA Award on Wednesday, this time for writing.

Taylor was in NYC prepping for her appearance on "Saturday Night Live" when she nabbed Song of the Year for penning Little Big Town's "Better Man." She posted video of her reaction to the win on Twitter (above).

Who else loved Maren Morris & Niall Horan's performance of "I Could Use a Love Song"/"Seeing Blind" at the #CMAawards? https://t.co/hsuxq6aRjT pic.twitter.com/h3SyYhLt0W

Maren Morris and Niall Horan get our vote for best CMA Collaboration of the Year.

With a blend of the couple's hits including her "I Could Use a Love Song" and his "Seeing Blind," the duet certainly made One Direction fans happy, while Horan looked like a natural on country music's biggest stage.

Moving tribute from @carrieunderwood and @CountryMusic Association to those lost in Las Vegas on October 1st. Rest in peace...#CMAawards pic.twitter.com/FwhautLfVe

Carrie Underwood gave a heart-wrenching In Memoriam performance in honor of those we've lost this year in country music, including Troy Gentry of Montgomery Gentry and the 58 country music fans killed in the Route 91 tragedy in Las Vegas. She followed her performance of Alan Jackson's "Softly and Tenderly" with a moment of silence.

It was emotional. It was raw. And it was perfect. There was not a dry eye in the building, including Underwood herself.

Huge congratulations to @GarthBrooks for winning #CMAawards Entertainer of the Year for the 6th time! pic.twitter.com/JoI8kwG3cz

There are country music singers, and then there's Garth Brooks. 26 years after he first won Entertainer of the Year in 1991, he did it again in 2017. This was the thirteenth time the singer was nominated in the category and the sixth time he's taken home the trophy.

But his night wasn't without its drama, as the legend was called out for lip-syncing during his performance of “Ask Me How I Know.” He copped to it while speaking to press, after fans took notice on Twitter.

"We made a game-time call on whether to sing to a track or lip-sync," Brooks said. "And we decided to lip-sync it. My voice just isn't going anywhere, and we wanted to represent country music the best we can.” 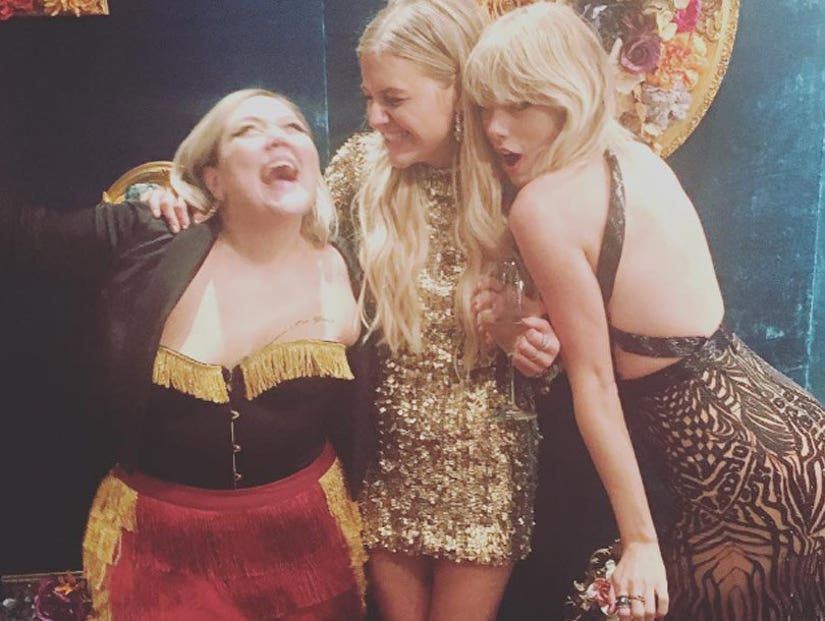