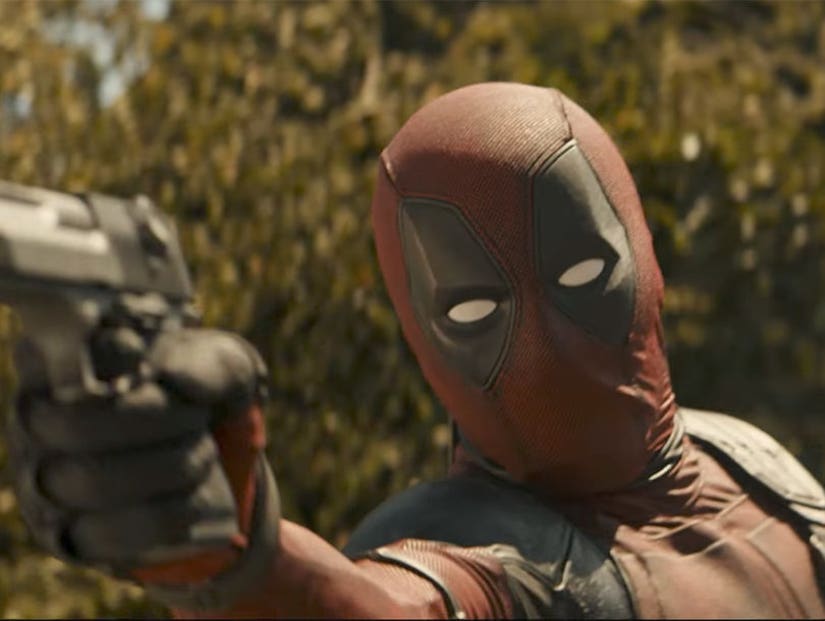 The first glimpse at "Deadpool 2" dropped Wednesday morning and it's absolutely bonkers.

The two-minute clip is almost entirely footage of Ryan Reynolds' merc with a mouth doing a Bob Ross impression, with about 10 seconds of actual footage from the film spliced into the middle.

Add some shots of Deadpool playing with chainsaws and waiting for his Toaster Struedel's to heay up into the mix and you've got yourself quite the teaser.

After surviving a near fatal bovine attack, a disfigured cafeteria chef (Wade Wilson) struggles to fulfill his dream of becoming Mayberry's hottest bartender while also learning to cope with his lost sense of taste. Searching to regain his spice for life, as well as a flux capacitor, Wade must battle ninjas, the yakuza, and a pack of sexually aggressive canines, as he journeys around the world to discover the importance of family, friendship, and flavor - finding a new taste for adventure and earning the coveted coffee mug title of World's Best Lover.