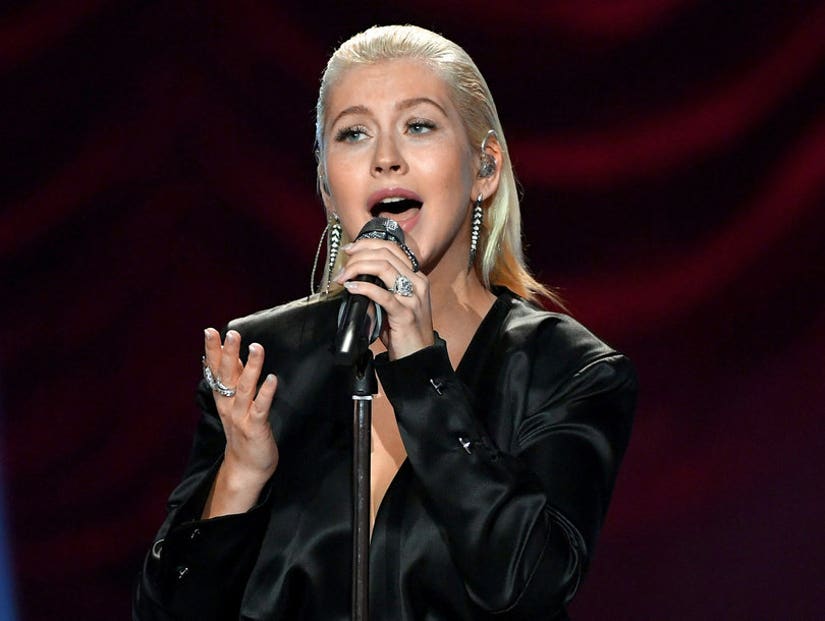 Christina Aguilera had jaws hitting the floor at the 2017 American Music Awards on Sunday night, as she brought down the house with a medley of songs from "The Bodyguard."

The "Dirrty" singer was chosen to pay tribute to Whitney Houston and the music from the 1992 film to celebrate its 25th anniversary, which is this coming Saturday.

With her hair slicked back and rocking a black silk dress, Aguilera was giving the audience life as she sang her way through "I Will Always Love You," "I Have Nothing," "Run to You" and "I'm Every Woman." Among the stars in awe of her voice were P!nk, Chrissy Metz and Rachel Platten, who the camera cut to during the soaring selection of songs. 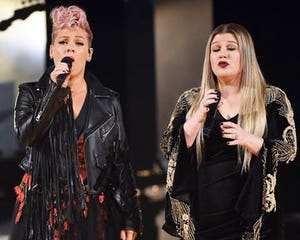 P!nk later had to take to Twitter to praise Aguilera, after a reaction shot of her in the audience was interpreted as shade.

Yes. THIS. Christina fucking killed it tonight for one of our favorite singers ever. This about Whitney, and I am in awe of Christina's talent. Show the clip where I'm in tears, you negative Nancy's 🤘🏽✌🏼❤️ https://t.co/5Lroq73xrQ

Also in the audience for the Whitney's sister-in-law Pat Houston and niece.

Here's some of the social media chatter, which was certainly split.

Christina is still all of my so many everythings. Go baby! @xtina #ama

christina fucking killed that. years into her career and she still has it. her vocals are so incredibly good.

When Christina didn't hit the note during "I Will Always Love You" #amas pic.twitter.com/vMMqZsBltg

Christina Aguilera did not disappoint. That was amazing. I was clapping and singing along from my living room. #AMAs

Christina Aguilera about to wake Whitney Houston up with all that yelling pic.twitter.com/KTQftbJv8K

#AMAs .Whitney is looking down at Christina Like : pic.twitter.com/VFj3mGSosJ

Christina Aguilera did Whitney Houston justice. That performance was flawless. Once again she showed the world what a magnificent singer she is.

#AMAs I love me some Christina but that performance was pic.twitter.com/ZBToDnWBEK

this whitney sleeping peacefully in her grave and then hearing christina screaming her songs like that pic.twitter.com/KwOSzgYAD6

We all know those cameramen were wrong for those shots during that Christina Aguilera performance #AMAs pic.twitter.com/XnF9wL45y0

#AMAs
Christina: Wow, I slayed that tribute. The ghost of Whitney would be proud.
Whitney's Ghost: pic.twitter.com/DAo8WrN0vy

Don't get me wrong, I love Christina Aguilera but girl you were a little flat on those high notes #AMAs2017 pic.twitter.com/rlki2zBu4i

#amas whyyyy they look so confused at christina's performance???😂😂😂😂 pic.twitter.com/q53S3KXieM