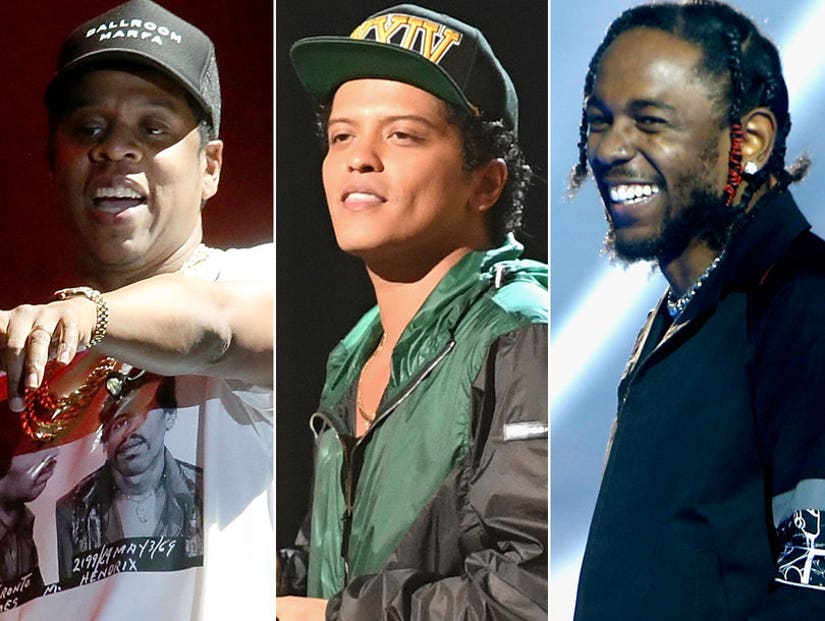 The nominations for the 2018 Grammy Awards were announced early Tuesday morning, with Jay-Z and his album "4:44" leading the pack.

The rapper picked up eight nominations, followed by Kendrick Lamar with seven nods and Bruno Mars close behind with six.

Also worth noting: Ed Sheeran's album "Divide" didn't make as much of an impact as expected, taking in only two nominations. His BFF Taylor Swift's "Reputation" was left out entirely, but with good reason, as she didn't make the September 30 cutoff. She was still nominated for writing Little Big Town's "Better Man" and for Best Song Written For Visual Media thanks to her Zayn Malik song "I Don't Wanna Live Forever" from "Fifty Shades Darker."

The Grammys will be held on Sunday, January 28.

Record Of The Year:

Album Of The Year:

Song Of The Year:

Producer Of The Year, Non-Classical: