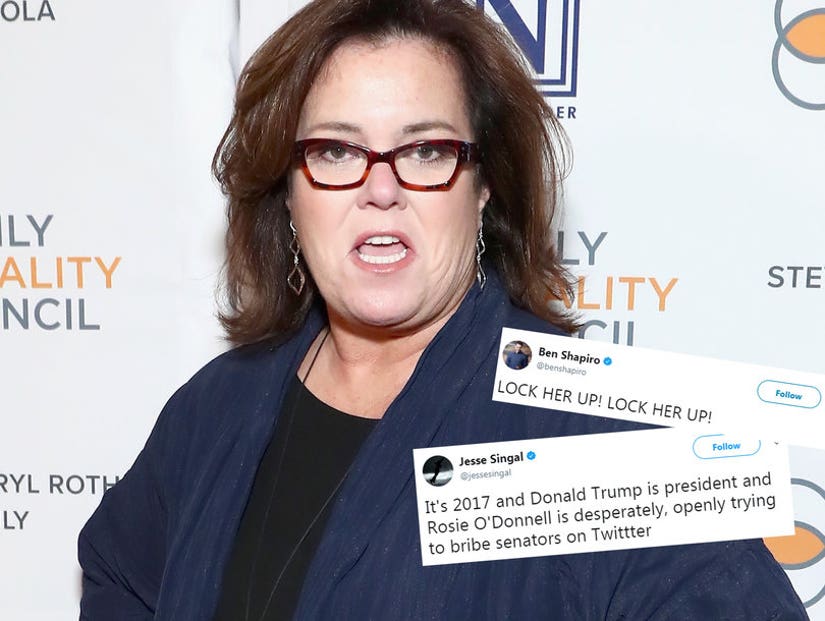 Rosie O'Donnell offered $2 million in cash to Republican senators Jeff Flake and Susan Collins if they voted no to the Republican tax plan, and Twitter has been flooded with "lock her up" tweets as a result.

The "SMILF" star took to Twitter late Tuesday night to tweet out the offer, which she has since argued was "not a bribe" -- since it is illegal to bribe an elected official -- rather "a gift so we can say 'Merry Christmas' again."

"So how about this. I promise to give 2 million dollars to Senator Susan Collins and 2 million to Senator Jeff Flake if they vote NO,” she initially tweeted. “NO I WILL NOT KILL AMERICANS FOR THE SUPER RICH.” 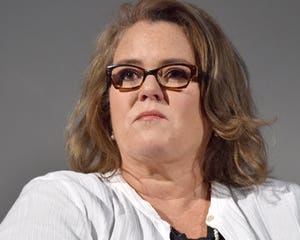 The tweet isn't going over well, with many conservatives calling for her to be prosecuted for the offer. People whose politics fall on the other side of the spectrum, however, are pointing out the hypocrisy in bashing O'Donnell for offering politicians cash to shape policy, while that is literally what lobbyists do on behalf of corporations.

"This is a serious violation of federal law. Throw her in prison with a box of Twinkies and shut the door for 15 years," one hater tweeted.

Someone who doesn't seem to mind O'Donnell's offer tweeted, "How dare Rosie O'Donnell try to bribe Congress for their vote. Doesn't she know only lobbyists and corporations get to do that?" 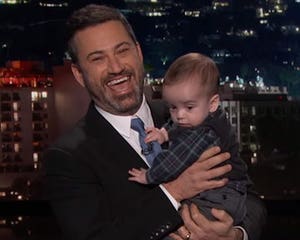 Both senators ended up voting in favor of the tax plan, despite O'Donnell's last-ditch effort, and Republicans succeeded in pushing it through the Senate. The House approved the bill earlier Tuesday but will have to vote again on Wednesday, then if it passes again, heads to President Donald Trump's desk.

See the most savage reactions to O'Donnell's attempt to kill the bill below, followed by more supportive messages.

Chunky libtard Rosie O'Donnell wanted to bribe US politicians to vote against the GOP tax bill.

If chunky Rosie is so concerned over big tax cuts for the American people, why doesn't she just sell off all her assets and send a nice, fat check to the IRS in 2018? 🤔 pic.twitter.com/MvFanqWZvN

Someone ought to take Rosie O'Donnell aside and explain to her that she literally just committed a federal felony with this Tweet. pic.twitter.com/ay4EPRr3az

It's 2017 and Donald Trump is president and Rosie O'Donnell is desperately, openly trying to bribe senators on Twittter https://t.co/YKrMmVlNK7

Next time you break federal law and attempt to bribe senators, maybe do it in private miss Rosie O'Donnell? #WednesdayWisdom#LockHerUp pic.twitter.com/lhVVrQRKBu

Rosie O'Donnell getting arrested and I get a tax cut? #Trump2020!

This is a serious violation of federal law.

Throw her in prison with a box of Twinkies and shut the door for 15 years. pic.twitter.com/ZnhJjTefsU

After Rosie O'Donnell's public attempt to bribe Susan Collins or Jeff Flake with 2 million each, she should probably expect calls from other politicians telling her the proper and usual way to offer bribes quietly and secretly.

"Rosie O'Donnell" ROSIE NEEDS TO BE ARRESTED FOR TRYING TO BRIBE US SENATORS TO VOTE AGAINST THE TAX BILL,THIS IS A FED CRIME LOCK HER UP

Rosie O'Donnell has “GONE OFF THE RAILS” over Trump's Patriot Tax-cut.

Let me put this into perspective ...

imagine a freight train derailment with 200 Rosie O'Donnell Beluga Whales at 180 tons each.

Rosie O'Donnell is starved for attention so she offers up $4 million in bribe money she knows won't and can't be accepted.

Hey Rosie, if you're so caring, why don't you give that $4M to homeless people. I can provide list of names. Let me know if you're interested.

Rosie O'Donnell's offer is very generous but she should really be using that for psychiatric treatment.

How dare Rosie O'Donnell try to bribe Congress for their vote. Doesn't she know only lobbyists and corporations get to do that?

Wait! So let me get this straight. Sitting GOP Senators can bribe other Senators like Bob Corker for a YES vote on #GOPTaxBillScam
BUT Rosie O'Donnell is getting dragged for her tweet to Collins and Flake. 🤔 Hmmm...#WednesdayMotivation #Rosie #GOPTaxPlan pic.twitter.com/E5DqFD5t7a

Congress bribes Corker with basically a $10 million windfall by changing the tax bill and the Right is silent.

Rosie O'Donnell @Rosie jokingly offers $2 million of her own money to Senators and in order to raise her taxes so that the needy can survive and the Right flips out.

Me watching Republicans flip out on twitter after Rosie O'Donnell tried to bribe two GOP Senators, but knowing that lobbyists bribe all 52 Republican Senators every day pic.twitter.com/YbS71QbGSu

Rosie O'Donnell was wrong for trying to bribe Congress. She should have went through the proper Russian channels. 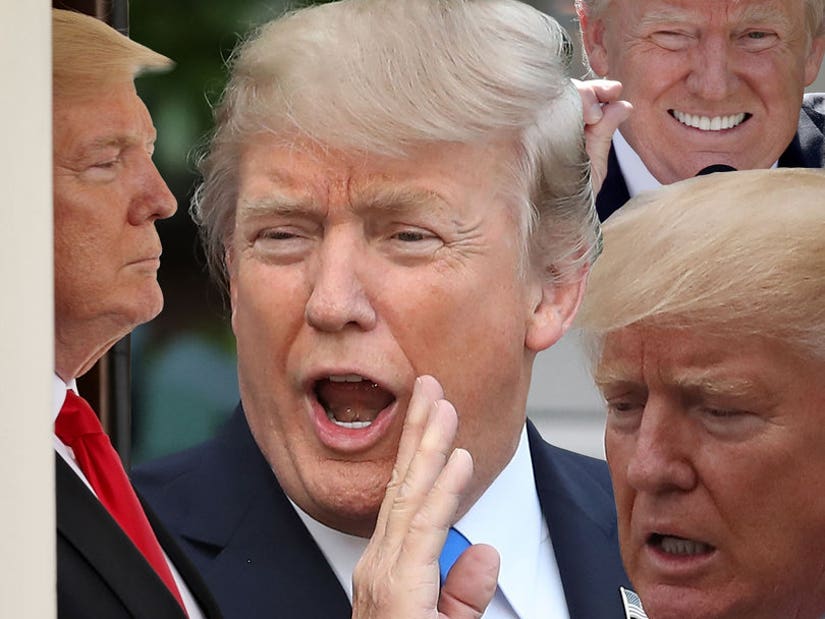