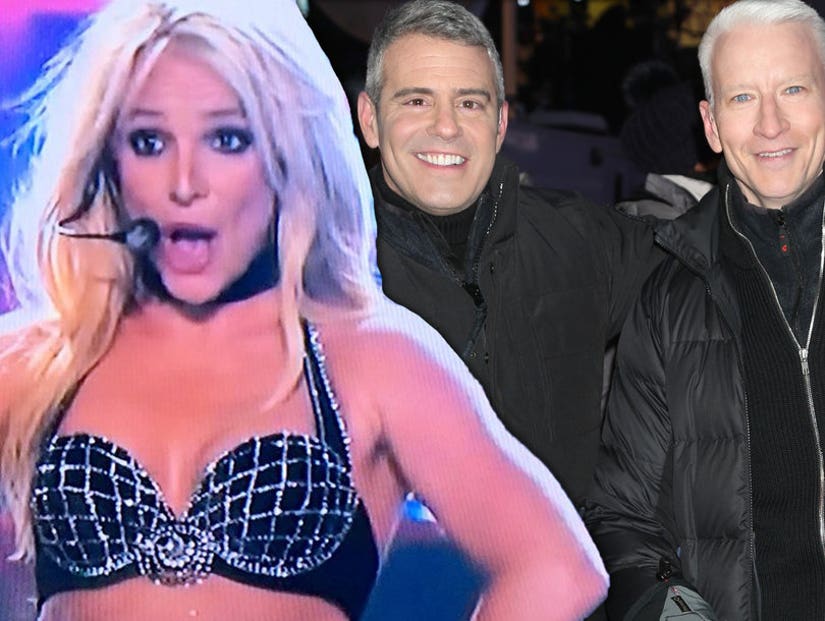 We're kicking off 2018 by recapping the final moments of 2017, as New Year's Eve coverage on TV ruled social media on Sunday night.

With most of the home audience tuning into three shows -- ABC's "New Year's Rockin' Eve" hosted by Ryan Seacrest and Jenny McCarthy, CNN's coverage with Anderson Cooper and Andy Cohen and Fox's show hosted by Steve Harvey and Maria Menounos -- a few shockers and surprises trended throughout the night.

From the totally disappointing to a few highlights that had viewers cheering, here are the 7 moments that went viral in the last minutes of 2017.

Andy Cohen and Anderson Cooper have made a few New Year's resolutions for each other for 2018 #CNNNYE pic.twitter.com/kaigwKTQti

With Andy Cohen stepping as Anderson Cooper's co-host after Kathy Griffin was ousted from CNN, many on social media prayed for her return. Though A&A are best friends in real life, fans weren't seeing that at home, calling their banter "awkward" and "cringeworthy" on Twitter.

Here's a sampling of the social media roasting:

Tuned into #CNNNYE for a few minutes and there's absolutely no chemistry between Andy Cohen and Anderson Cooper. @kathygriffin was soooooo much better, funnier, relatively edgier...she deserved a raise for carrying the show, not to be blackballed. pic.twitter.com/8kj5gVG4zP

Considering they are best friends, Anderson Cooper and Andy Cohen have absolutely zero chemistry. Anderson seems like he wants to be anywhere but Times Square. #CNNNYE

Anderson and Andy might be best friends but they suck as a hosting team. Cohen goes on and on like a 10 year old girl. I wish he would go pee and send Kathy Griffin in. Anderson obviously misses her. #CNNNYE

And so ends both 2017 and Andy Cohen and Anderson Cooper's friendship.

Do you think Andy and Anderson are aware that they're bombing so terribly? I think Anderson gets it, but Andy seems completely oblivious. #CNNNYE

Watch @NicoleKidman cast some well-deserved shade at @Andy Cohen after he asks her a seriously questionable question on live television #CNNNYE pic.twitter.com/ZA3KfZNhG7

The two appeared in Nashville during the CNN show, where Nicole Kidman threw some shade at Cohen when he asked about her awkward clap at the Oscars. "I wish that there were more important things to be concerned about instead of clapping. That would be what I would say," she responded, before trying to divert attention to the crowd behind her instead.

They brought a little naughty banter to the show as well, when Keith Urban revealed what presents he got his wife for Christmas. "I gave Nic a backpack, some amazing jewelry, and umm, things we can't talk about," he said.

Urban also reportedly joked, "Well, there's only one ball dropping tonight!" when asked how cold it was in Tennessee, prompting Kidman to say she was "taking over" the interview from there.

.@RandiKayeCNN is on assignment on a "Canni-bus" in Denver, where revelers are ringing in the New Year by getting high #CNNNYE https://t.co/9WUEeYKMFi

Faring better on CNN was Randi Kaye, who was sent to Denver to cover the holiday aboard a Canni-bus. The party was packed with weed lovers, one of whom was sporting a gas mask bong which Kaye lit on air.

It's worth noting that marijuana use is legal in Denver, but it was still quite a sight for people watching at home.

Don Lemon went viral last year when he got hammered during CNN's coverage alongside Brooke Baldwin in New Orleans. This year, they returned to the scene of the crime, with a very special someone.

Lemon revealed that he and his boyfriend Tim Malone actually met at the bar while he was there last year, and were together Sunday night to celebrate their one-year anniversary.

Tim and Baldwin's fiancé, James Fletcher, both joined the two on air for a pre-midnight kiss.

This will be the year all of us prosper. Britney Spears just blessed 2018 for the entire world pic.twitter.com/DCn3ISK8kN

Britney Spears started trending during both of what appeared to be pre-taped performances on ABC's "New Year's Rockin' Eve." First, she "sang" "Work Bitch" before midnight, before returning to the stage for "Toxic" after the ball dropped.

Though she looked flawless as ever, she continued her trend of lip-synching and, at one point, was even spotted with what looked like green gum inside her mouth.

When you see @britneyspears with gum in her mouth while performing #LiveFromVegas for #NewYearsEve is it safe to say she's lip syncing? 😂 pic.twitter.com/WG3DcLxlI7

That being said, her stans were out in full force and ate up every second of it.

Sunday was also the final night of her four-year Las Vegas residency, "Piece of Me," at Planet Hollywood.

What a way to bring in 2018! @MariahCarey killed it and looked amazing! #HappyNewYear @NYRE pic.twitter.com/WCA3f9zqCS

Mariah Carey also performed on ABC, though - unlike Britney - her performance was live. After the massive debacle that was her 2016 NYE gig on the same show, Carey was out for redemption, and she got it.

The singer hit the stage to sing both "Vision of Love" and "Hero," sounding great for both of them. Between songs, there were some classic Carey diva antics as well, as she complained about the lack of hot tea.

"I was told there would be tea. Oh, it's a disaster!" she exclaimed. "Okay, well we'll just have to rough it. I'm gonna be like everybody else with no hot tea."

Sorry I wasn't there for you between songs, Mariah! But you still killed it without me. #NewYearsRockinEve #MariahxRockinEve

Don't worry, she got it after the show.

Maria Menounos Says "I Do"

And last, but not least, Maria Menounos had a surprise wedding during Fox's New Year's Eve coverage with Steve Harvey.

Six months after having surgery to remove a brain tumor, the TV host tied the knot with boyfriend of 20 years Kevin Undergaro on live television. Maria wore a gorgeous, strapless lace gown from Pronovias for the ceremony, which Harvey officiated, while both of their parents watched on the sidelines.

Menounos revealed her wedding plans to her parents, Constantine and Litsa Menounos - who is battling stage-4 brain cancer - during an emotional moment in the telecast.

See all the photos from their televised "I dos" below: 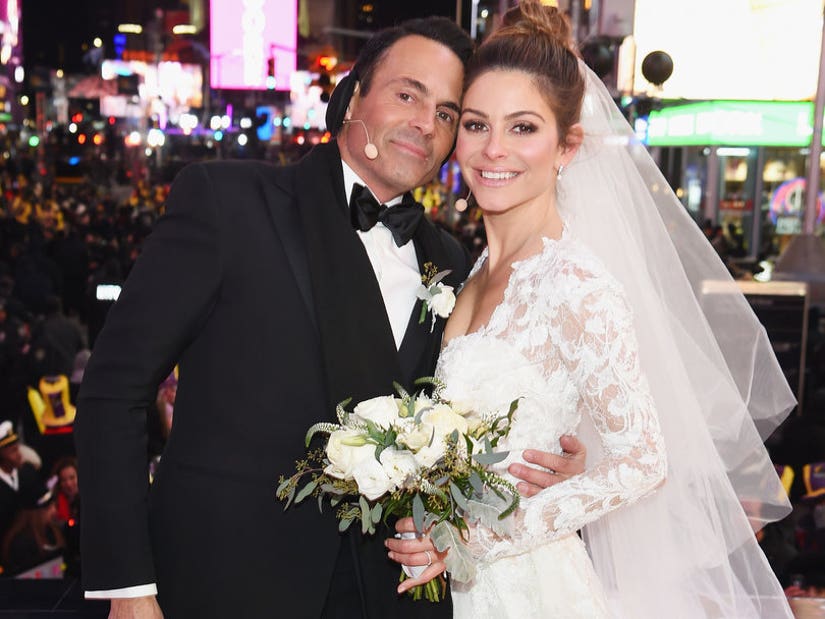