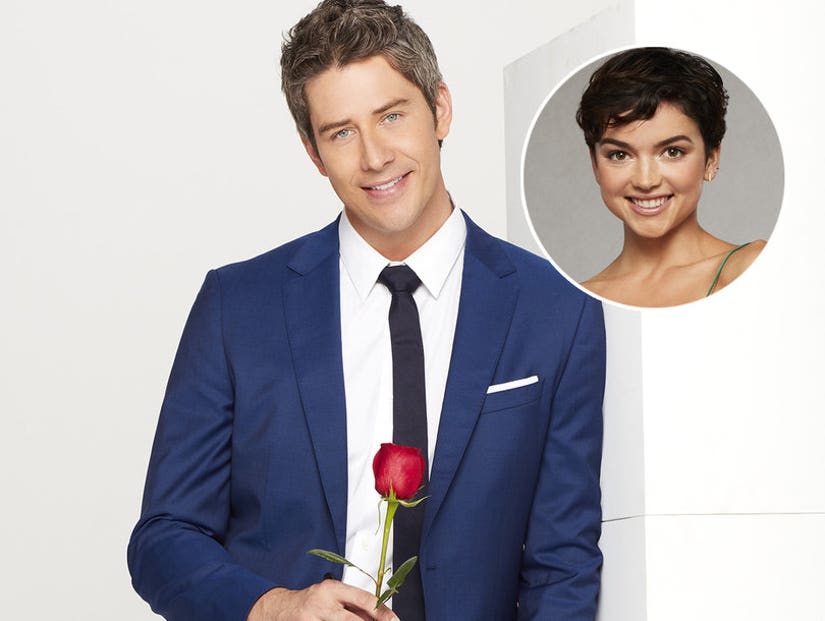 No one can deny that "The Bachelor" is a romantic, but Arie Luyendyk Jr. is also pragmatic and this is the side viewers got to see Monday night during the show's seventh week.

That's because Arie had to eliminate three women. As a result, there was no rose ceremony in Tuscany just one-on-one dates and a three-on-one outing at the end of the episode.

Arie took Becca K on the first date. They zipped around the picturesque Tuscan hillside in a red convertible, sipped wine on a picnic and kissed like drunken college kids. All that lip locking paid off because Arie became so smitten he couldn't help but give the professional publicist a rose. 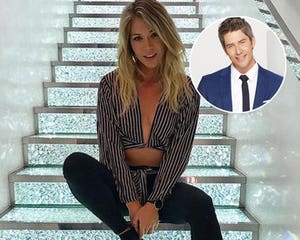 Before he could go on his second date, this time with Lauren B, a teary Jacqueline showed up at Arie's door in need of a heart-to-heart. Turns out the raven-haired research coordinator had doubts and she didn't think she loved Arie enough to have him visit her hometown so she quit.

After more crying and kissing, Jacqueline said her goodbyes and everyone –- including Arie –- cried like the woman has a terminal illness. She's just going home, you guys. You can always friend her on Facebook.

We also couldn't help but notice that as Arie wiped away his tears, he flashed one of the best man manicures ever shown on TV. Seriously, has this man ever weeded a garden or gotten a paper cut? Those cuticles!

Anyway, Jacqueline ultimately decided she just sucks at being happy and with her out of the picture, there were five more women and three more roses. 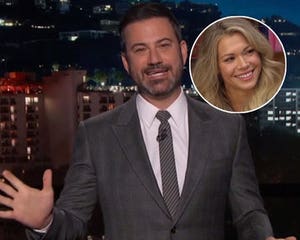 The date with Lauren B had a rocky start. Despite trying to wow the petite blonde with his bicycle tricks, Arie kept feeling like Lauren B just wasn't that into him. Lauren B surprised Arie by night's end and bared her soul by explaining that although she's afraid, she wants to love him more than she wants to play it safe.

This revelation had Arie all in his feelings. He walked away from the table in a very dramatic fashion making Lauren B wonder if her time on "The Bachelor" had come to an end.

But then Arie came back and apologized for being overwhelmed by emotion. Turns out he wasn't being melodramatic or even flatulent but Lauren reminds Arie of a love he once knew (cough, Emily Maynard Johnson, cough.) That's when Arie gave Lauren B her rose.

The third and final one-on-one took place between Seinne and Arie. At first, he seemed really into Seinne (the only remaining woman of color) but did wonder out loud if there could be more depth to their relationship than what he'd seen so far.

So the two went truffle hunting, cooked, and ate with a local Italian family that encouraged and celebrated love. With so much romance and tasty food, the commercial real estate manager felt like Arie could be her prince.

Sadly, Arie didn't feel the same and dangled the rose in Seinne's face only to say he couldn't give it to her. Dude, don't pick up the rose if you're not giving it away. What's wrong with you? 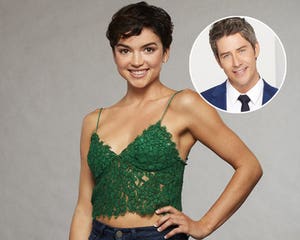 When Bekah M heard that Arie had sent Seinne packing, she beamed with glee. Her odds improved with Seinne out of the picture. But Bekah M's happy dance drew disapproving stares from the other contestants, namely Lauren B and Tia. The latter of whom wasted no time telling Arie how immature Bekah M really is.

At first, it seemed like Arie didn't care what Tia had to say about Bekah M on their three-on-one date with Kendall. Slowly but surely however, it became clear that he did. Arie cared so much that he gave Kendall a rose first and saved the final elimination of the episode for the end.

Here's where those rose red flags come into play. Tia, 26, seemed petty for hating on Bekah M, but Bekah M came across as manipulative for crying on Arie's shoulder about being misunderstood.

In the end, Arie chose petty over manipulative and gave Tia the rose. A teary Arie, 36, said he always had doubts about Bekah M being 22.

Then again, he said, she won his heart despite his fears. Truth be told, Bachelor Nation should be crying and pouring out a little liquor because Arie just kicked off the three most fascinating contestants the show had this season. Here's to hoping the hometown parents give Arie hell next week. 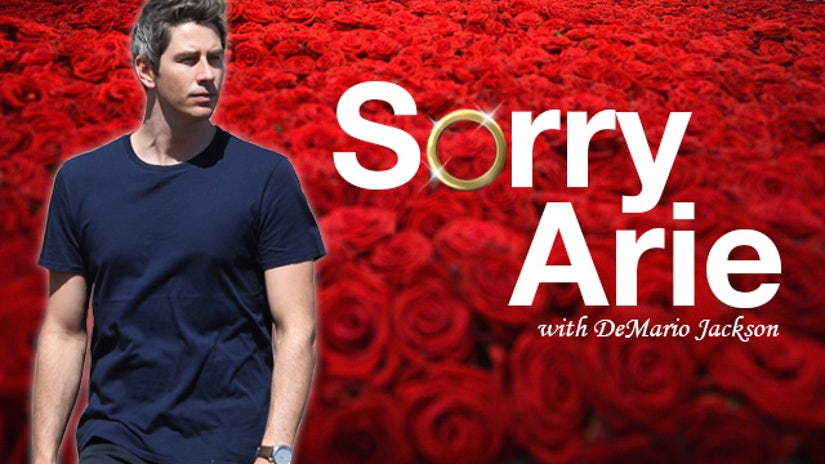 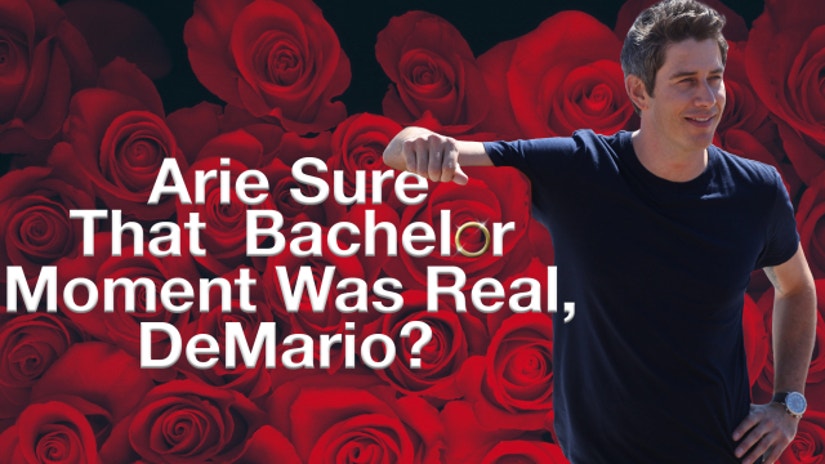 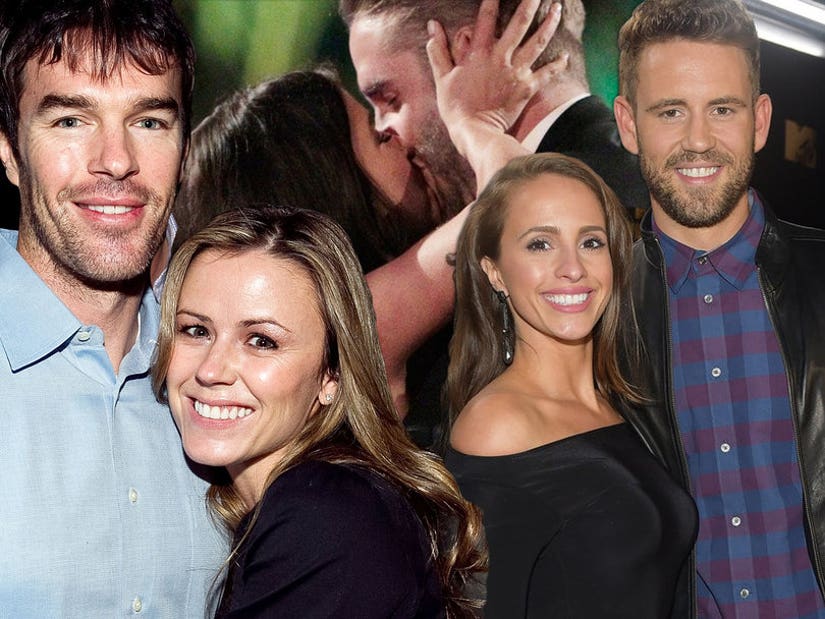