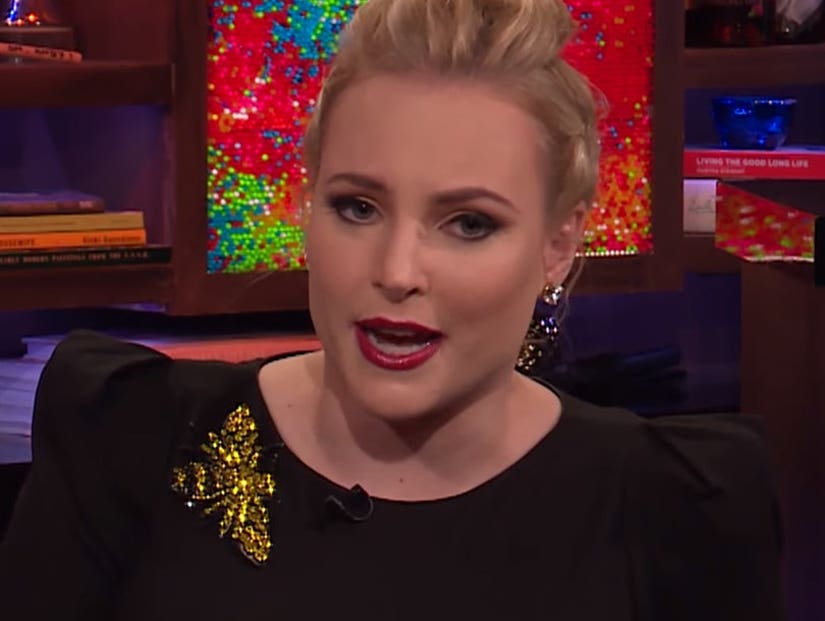 Meghan McCain stopped by the Bravo Clubhouse on Tuesday night to spill some tea about her gig at "The View" and take aim at a few "Real Housewives" in the process.

The conservative panelist sat alongside "RHOBH" star Lisa Rinna on "Watch What Happens Live" as she fielded questions from viewers and Andy Cohen about being the latest addition to the ABC morning show. 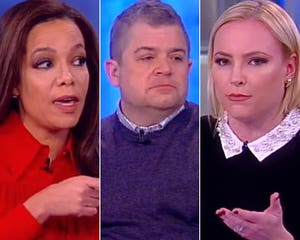 First, a caller asked what the most "surprising" or "unexpected" thing was about taking the job.

"It's such a difficult job on so many levels," she said. "Trump's America makes it every polarizing, so it's hard to explain the conservative point of view with some of the topics everyday."

When Cohen noted that "sometimes you do seem like you want to maybe give up," McCain agreed, saying she has "the worst resting bitch face of anyone on the planet earth."

"When I'm angry I have the worst poker face, it shows up," she continued. "It's very authentic and I'm not going to fake this. It's a privilege and having the conservative seat in general is something may conservative women covet. I love Elisabeth Hasselbeck and I'm proud to do it." 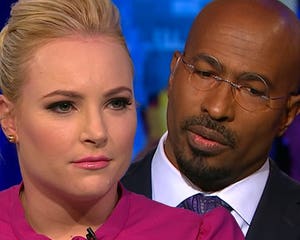 Meghan McCain Says It's a 'Privilege' to Be on 'The View,' Even If It's Not Always 'Pleasant'

Cohen later brought it back to some of the blowups that happen on the show, asking if she sometimes has a hard time shaking them off.

"Do you ever watch the show? I'm the worst," she admitted. "When something frustrates me or angers me, it's something I need to work on, I have a hard time shaking it off. The other women are masters at it, they're great. Joy, in particular, shakes it off."

Though the two have gotten into quite a few heated debates on the show, McCain said the feuds don't continue backstage. In her eyes, the rumors about any off-camera battles are simply sexist.

"I'm holding my own. The only time I wish I were a man is when you're a woman on a panel show because men are allowed to fight and debate and get really heated and angry and there's an assumption they're friends and smoking cigars after," she explained. "I don't understand why people can't give us that as well." 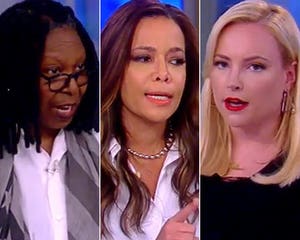 "I'm there to debate and to fight. It's the point of the show, that we'll have differences of opinion and the idea that we're fighting backstage, nobody has time to continue the fight!" she continued. "On air, there are definitely segments when I have been frustrated, you can see it, my chest gets really red, I gotta work on that."

At the end of the day, she said "The View" is "a great show and it's such a challenge every day."

Since she was on Bravo and sitting beside a "Real Housewives" star, the "Housewives" fan also chimed in on a few of the "Beverly Hills" women.

Of Dorit Kemsley, McCain said, "she's my least favorite on the show."

She was also asked her thoughts on newcomer Teddi Mellencamp Arroyave, John Mellencamp's daughter. "I don't like her, she's boring," said McCain. "Please stop hiring people because they have famous last names and I say that as a woman with a famous last name. I just find her so boring, no offense."

Teddi was clearly paying attention, tweeting this while the show was on:

Be right back, changing my last name to Boring.