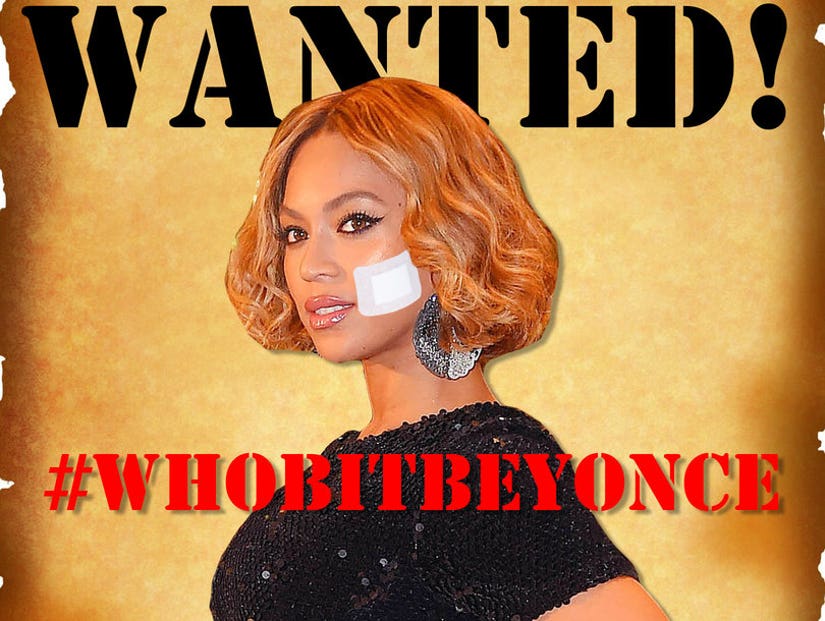 As the patron saint of “She would do that...”

Tiffany Haddish had the entire internet playing super sleuth on Monday after she shared more details about her now-infamous night out with Beyonce, a night that apparently ended with someone getting toothy with the "Formation" singer.

"There was this actress there that's just, like, doing the mostest," Haddish told GQ. "She bit Beyoncé in the face. So Beyoncé stormed away, went up to Jay-Z, and was like, 'Jay! Come here! This bitch--' and snatched him. They went to the back of the room. I was like, 'What just happened?' And Beyoncé's friend walked up and was like, 'Can you believe this bitch just bit Beyoncé?'"

GQ noted Haddish declined to name the actress and Beyoncé's rep denied any knowledge of the situation. But that didn't stop the online theories from going into overdrive.

Who We Can Rule Out

So far, there's really only one person we can totally rule out: Taraji P. Henson. After someone tweeted that MediaTakeOut was reporting Haddish was speaking about the "Empire" star, Tiffany replied, "No it wasn't."

Chrissy Teigen said she thought she knew who Haddish was talking about, calling this person "the worst." At the time, she said it wasn't Gwyneth Paltrow -- but that was before she learned the person's true identity. While she's not talking, what we can take away from all this is that it's probably not Chrissy Teigen either.

I can only think of one person who would do this. but I cannot say. but she....is the worst.

My initial guess was wrong. The real person? I *never* would have guessed. I'VE SAID TOO MUCH

I AM NEVER TELLING I'm scared I've said too much KNOWLEDGE IS A CURSE!

Sanaa Lathan, who was spotted having a very good time the night of the party, was another popular guess -- but she denied it late Monday afternoon.

Y'all are funny. Under no circumstances did I bite Beyonce and if I did it would've been a love bite 💋

Another person who eliminated herself from the list of names: Sara Foster.

The "90210" actress and daughter of David Foster reportedly attended the Jay-Z after party where the alleged incident happened and kept popping up on the suspect list. The Cut even reached out to her to see if she'd comment on the gossip, in an e-mail Foster then herself shared on Instagram.

Though she jokingly captioned the photo "She knows what she did," before changing the caption to "Flattering that anyone thinks I could get this close to Beyoncé." She later joked on her Instagram stories that her "disgruntled former manager" leaked the gossip.

Who the Internet Thinks It Is

While Sanaa and Foster were two of the most popular theories, many have also been accusing Lena Dunham of being the biter. There is no evidence that Lena even attended the party though or was even in Los Angeles when it happened. Jennifer Lawrence was also a popular guess, though Vulture noted that she was in New York City when it went down, and Amy Schumer's name popped up quite a bit too. Schumer, it should also be noted, was in the Broadway production of "Meteor Shower" at the time.

Let's narrow it down. Possible suspects:

My money is on Lena Dunham or J. Law 🤷🏾‍♀️#WhoBitBeyonce pic.twitter.com/QaFiAjxgSc

lena dunham is one hundred thousand percent the answer. "what's the quirkiest thing i could possibly do right now? I KNOW! I'LL BITE BEYONCE!" *high fives self, literally, not mentally* #WhoBitBeyonce

Rihanna and Queen Latifah were two other actresses reportedly in attendance at Jay-Z's concert, though it's unclear if they went to the after-party. They're also both more known as singers, right? Does that mean they can be ruled out?

We may never know the answer to #WhoBitBeyonce, but man is Twitter having a field day with it. Here are the funniest memes of the day!

Let a professional handle this. #WhoBitBeyonce

The person #WhoBitBeyonce probably doesn't even remember doing it and is probably using this hashtag too 😫😫 pic.twitter.com/Hu5t5gR9tz

#WhoBitBeyonce
Who out here biting grown people in the facd, it's 2018. pic.twitter.com/ZjnZH77VRp

Me questioning all the actresses I think bit beyonce #WhoBitBeyonce pic.twitter.com/pviv7iQYuE

Whoever bit Beyoncé is looking like this today. #WhoBitBeyonce pic.twitter.com/V9eiavpyuq

#WhoBitBeyonce would make for a good ass board game in the same vein as #Clue are it could be a Ill celebrity whodunit film??? 🤔🤔🤔🤔🤔🤔

I am 70% sure that this mystery actress is white.. #WhoBitBeyonce

That actress better be glad Solange wasn't there. #WhoBitBeyonce

On the next season of American Crime Story #WhoBitBeyonce pic.twitter.com/XwS3KStukd

Becky with the good teeth #WhoBitBeyonce

Seeing #WhoBitBeyonce trending has got me WEAK! Trust and know, this mystery SHALL be solved! @TiffanyHaddish tell us who did it, girl!

Who do you think bit Beyonce? Sound off in the comment section below!