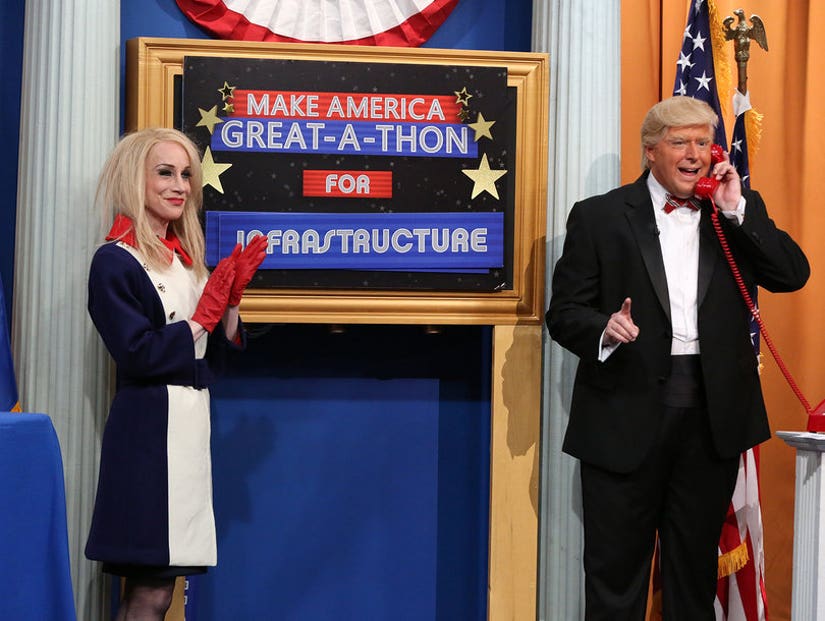 The comedian joined Anthony Atamanuik's Donald Trump on Tuesday night, donning a fried blonde wig and caked on makeup for her spot-on impression of the Counselor to the President. 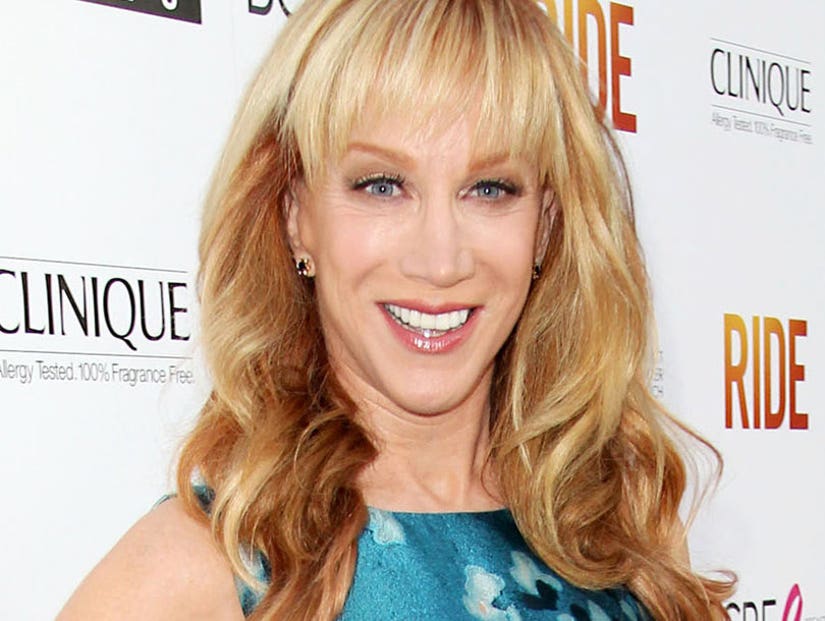 "Speaking of low-quality people, I'm so pleased to bring out a very special guest," Atamanuik said, introducing Griffin. "She's the cockroach of my administration. Please welcome the lone survivor of the Bowling Green Massacre, Kellyanne Conway!"

Griffin walked out wearing a similar dress to the one Conway wore to the inauguration, complete with red gloves. "Wow, Kellyanne, you are just an assault on the senses," Atamanuik said after her entrance. "What have you been up to?"

"Just drinking blood to stay young," Griffin replied. "I just want to say, Mr. Trump, in my capacity as a private citizen, I love the Ivanka Trump line of shoes and bags. They're perfect for a woman who is a government employee but is not on the clock. Kinda like me!"

The special then took aim at the White House adviser's "relentless ability to spin on command".

"She has absolutely no conscience, in fact that's our next act!" Atamanuik explained. "You can toss out the names of the worst people in history and she'll happily defend them."

"Did Bernie Madoff's investors go bankrupt?" Griffin said, staring directly into the camera. "Yeah, but I find it interesting the media uses the term pyramid scheme, frankly that's anti-Semetic when you consider the terrible suffering of the Jewish people in Egypt at the time of the Pharaoh."

Of Jeffrey Dahmer, she added, "Everybody needs food to survive, and if your grocery store is closed, why not try the bus stop?" She also called O.J. Simpson "a hand-glove model and a real lady killer" and labeled Charles Manson a "real family man." 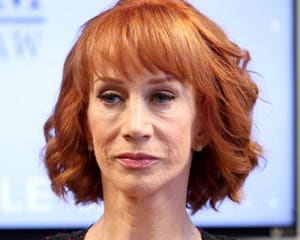 Kathy Griffin Says She's Been Blacklisted From Hollywood: 'Don’t Have One Single Day of Paid Work Ahead'

"You vacationing power-bottom, you look like the white turd in a sick kitty's litter box," Griffin snapped at him (via The Daily Beast). "You think you can play in the big-boy yard with me? You're a child! I've smoked menthols with more personality than you. You're a crumpled up bodega bag full of self-loathing mayonnaise. Oh, I'm sorry. Have I made you uncomfortable being a woman who's not your wife? You are not welcome and you better stay the f-ck out, Mike Pence."