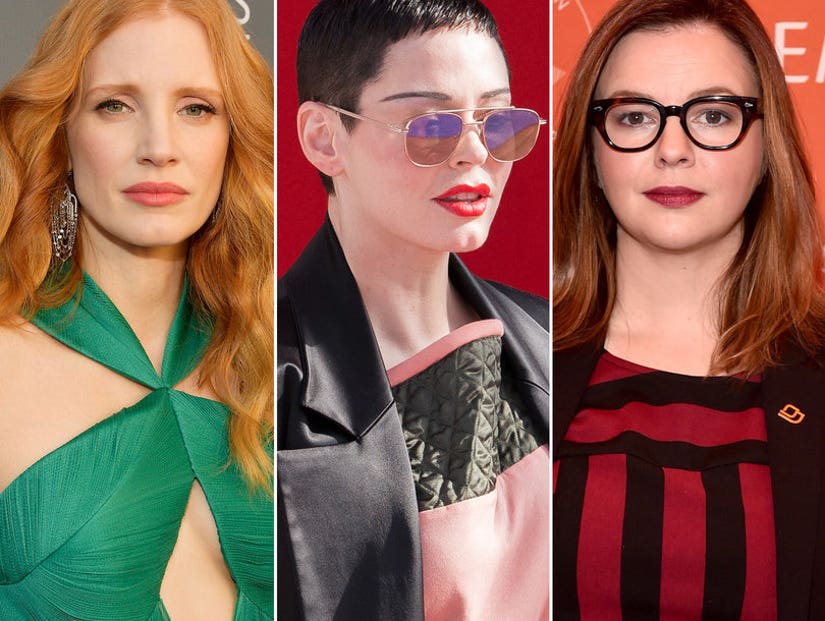 Bill Cosby was found guilty on three counts of aggravated indecent assault on Thursday, for drugging and assaulting Andrea Constand in his home back in 2004.

The 80-year-old faces a maximum of 10 years in prison for each charge, though he has not yet been sentenced. He was released on bail, but was ordered to remain inside his Pennsylvania house with a GPS tracker.

After the verdict was read, many in Hollywood turned to Twitter with their reaction to the news, news some saw as a victory for the #MeToo movement. Even Tarana Burke, leader of the movement, tweeted about the conviction.

See how celebrities and other media types reacted on social media:

Profoundly happy that Cosby's victims, his survivors, are shedding tears of relief today.

Just because you're rich and powerful doesn't mean another person's body is automatically available for sex. Consent must be given.#BillCosby

Time's up, Bill. Time's BEEN up for you, for years. And now justice. Justice for women I know who you've hurt and those I've never met. Good riddance. https://t.co/aJ0YaVhwyA

Finally some justice for Bill Cosby's victims. May they find a little #peace today. #GUILTY

In a fitting end to Sexual Assault Awareness month, Bill Cosby was found guilty today. Thinking of all the women he traumatized over the past 50 years. As a survivor myself, I know that pain never fully goes away. But I hope that his victims finally feel some semblance of peace.

One of the hard parts about supporting #MeToo movement, is being consistent even when the perpetrators are people we like or admired or who made us laugh for decades. Zero Tolerance, means Zero Tolerance. Even when it is Dr. Huckstable. https://t.co/oP1yTvESCv

The state of America is this- Even with dozens of accusers we were all afraid Bill Cosby would walk.

I wonder how long it's going to take Trump to announce he's going to pardon Bill Cosby.

So much for working clean https://t.co/hCkiJQSr3p

I hope Eddie Murphy reaches out and scolds him for using "blue" words in his set. https://t.co/VvwI2AkEet

“Coach would never do that!”
“He's one of the most respected members of Congress!”
“That couldn't be true. He's been our doctor for years!”

Bill Cosby Found Guilty of Sexual Assault After Years of Accusations https://t.co/TKRBKN5Frb Hallelujah. It's about damn time. #FinallyHimToo And I hope Stormy wins and all the other women break those NDA's so all of these bastards fall down.