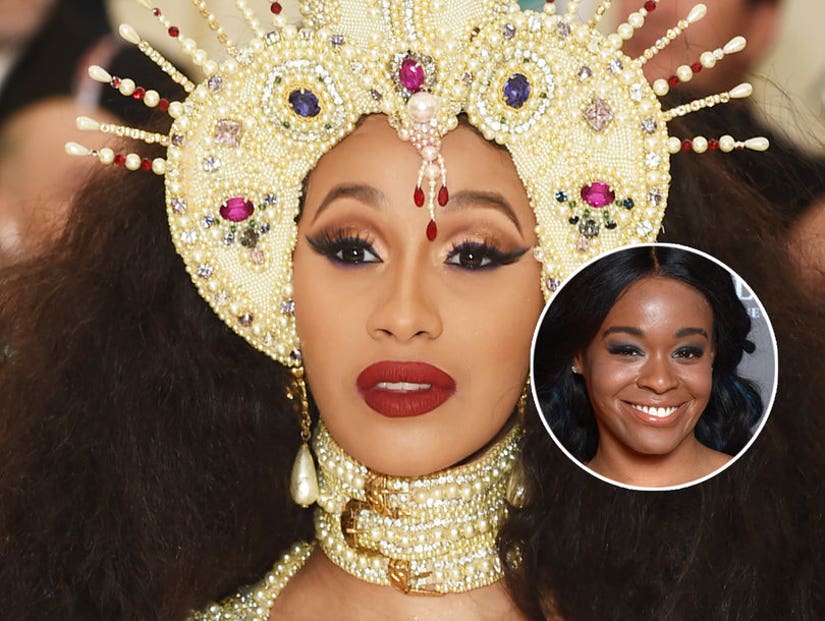 Update at 8am PT on May 13: Azealia Banks hit back hard again at Cardi B, extending their feud, after Cardi wrote a lengthy Instagram post defending herself against Banks' attacks during a Friday morning radio show before ultimately deleting her Instagram entirely.

"Sis, give it up," Banks wrote in her latest post, which has also now been deleted. "You have a fever and are leaking breast milk everywhere trying to come up with a refutable comeback." She then accused Cardi of having someone else write her reply for her, adding that neither of them "have the intelligence to engage in this not-so-complex discussion."

She went on to add, "I spoke about it for all of two minutes in an interview and you respond by calling me unattractive .. mentioning my bleaching my skin and telling me to 'suck your ass.' Immediately proving yourself to be exactly who I thought you were.. A bird. Sis.. let us not forget that."

The post was accompanied by a makeup free selfie of Cardi that the rapper had uploaded herself.

Original: Cardi B has clapped back at Azealia Banks after the rival rapper called her a "caricature" and "illiterate, untalented rat" on a radio show Friday morning.

"The difference between me and you, I've never pretended to be or represent someone I'm not," Cardi said in a lengthy Instagram statement before deleting her account. "I've made it where I am for being myself and staying true to that. I'n not trying to represent nobody but myself. I know who I am! A daughter to a Hispanic father and a Caribbean mother, and I'm proud of that!" 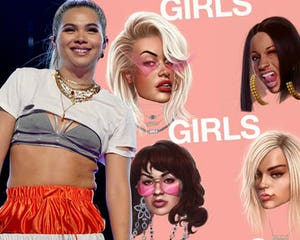 "I'm from the hood. I speak how I speak I am how I am," Cardi B said in another deleted post. "I did not choose to be famous, people choose me! People followed me on Instagram and the people gave me a platform to introduce my talent. I never asked to be a example or a role model. I don't want to change my ways because I'm famous, that's why I just mind my business. This is coming from a woman that bleached her skin but want to advocate. GOODBYE. I'm not apologizing or kill[ing] myself because of who I am."

The feud between the two musicians was reignited after Banks talked some serious smack on Cardi while appearing on "The Breakfast Club."

"Two years ago, the conversation surrounding black women's culture was really reaching an all-time high," Banks said, talking about Beyonce's 2016 album, "Lemonade." "There was just this really, really, really intelligent conversation going on nationally and then everything just kind of changed, and then it was like Cardi B." 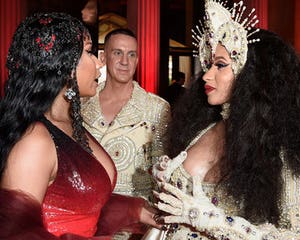 "I'm just talking about this caricature of a black woman that black women themselves would never be able to get away with," the rapper continued. "Like, if my spelling and grammar was that bad, I'd be canceled. If Nicki Minaj spelled like that, we would be ragging on her all day."

After speaking her mind on the radio show, Banks continued to troll Cardi B on Twitter, going on a rant about the hip-hop star. See a few (of the many) tweets below.

Twerking on stage with a full human in your stomach yet saying you don't want to be a role model.. she will figure it out very quickly when she drops that baby and then NEEDS to be a role model for a LITTLE BLACK GIRL. Hopefully it will make sense to her then.

Especially when you are a full on stereotype. You're illiterate, you're baby mama 4/5 to man who has women crawling out of the woodworks with kids, videos of your nigga fucking other women... you're a real life episode of Maury sis....

So because I point out that you get away with being the typical caricature of a black woman that society says is wrong ... and you respond by calling me unattractive and bringing up skin bleaching to basically make fun of me for not being light skinned?