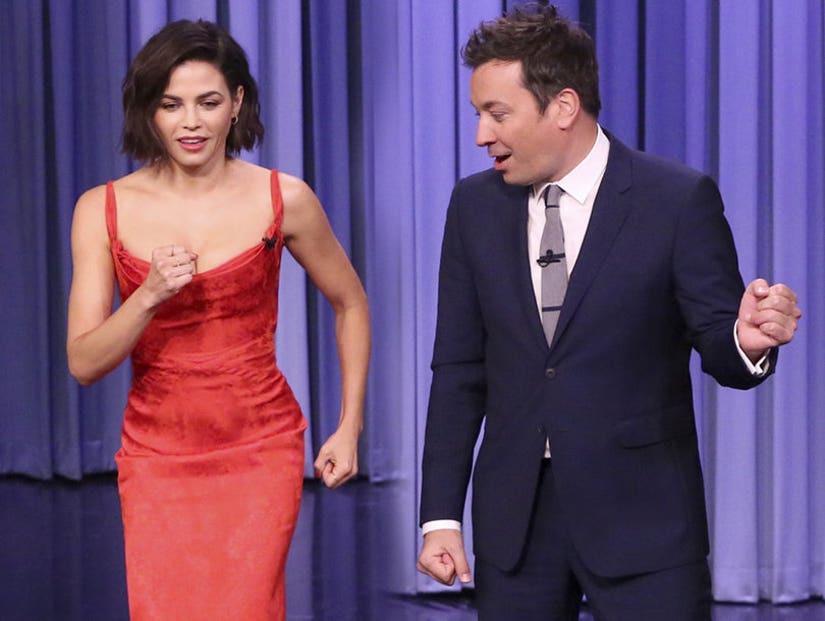 Jenna Dewan is a world-renowned dancer, and the spirited host of "World of Dance." Jimmy Fallon is not, but he is game to try anything, even if that something is Janet Jackson's iconic "Rhythm Nation" dance.

Anyone familiar with the music video and live performances of this 1989 anthem know that it is a fast-moving and intricate routine. But no worries, Fallon had all of a few seconds to learn it before The Roots jumped right into the music. 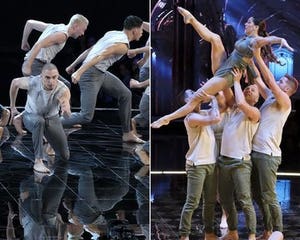 Dewan said that she determined Fallon was ready to "up the difficulty level a little bit" because he'd proven so proficient at the body roll move she showed him the last time he was on. But moving from a 100-level course to a doctoral thesis in dance may have been a little ambitious.

To put the hesitant host at ease, Dewan assured him, "This is by the way, the hardest dance I've ever done, so I figured it makes sense." Yup, that made him feel better.

"Thanks for that," he said gamely.

To his credit, Fallon proved he could handle the finger countdown at the top of the number and almost one of the full kick turns. But his smoldering look, was dead on. He's ready to remake the cover jacket to "Rhythm Nation 1814." But maybe let Dewan do the dancing for him. 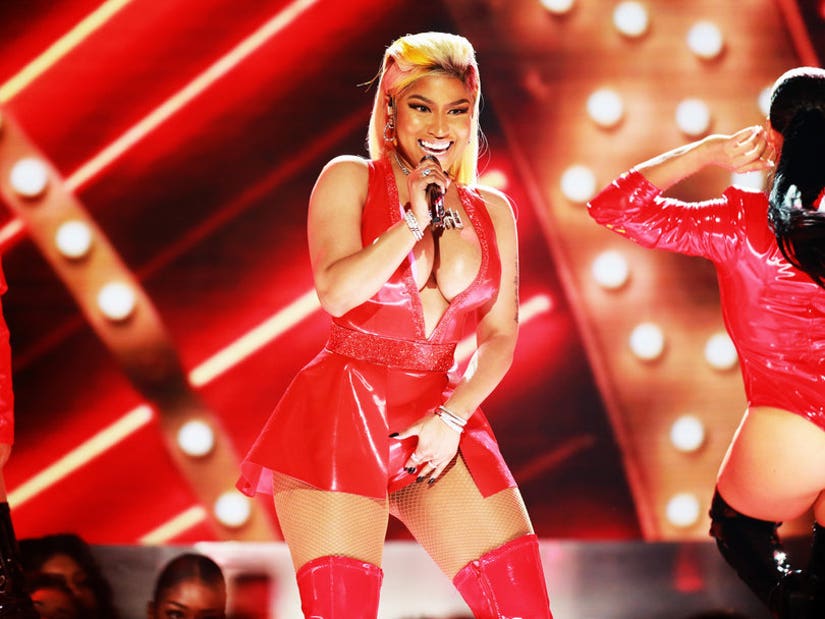