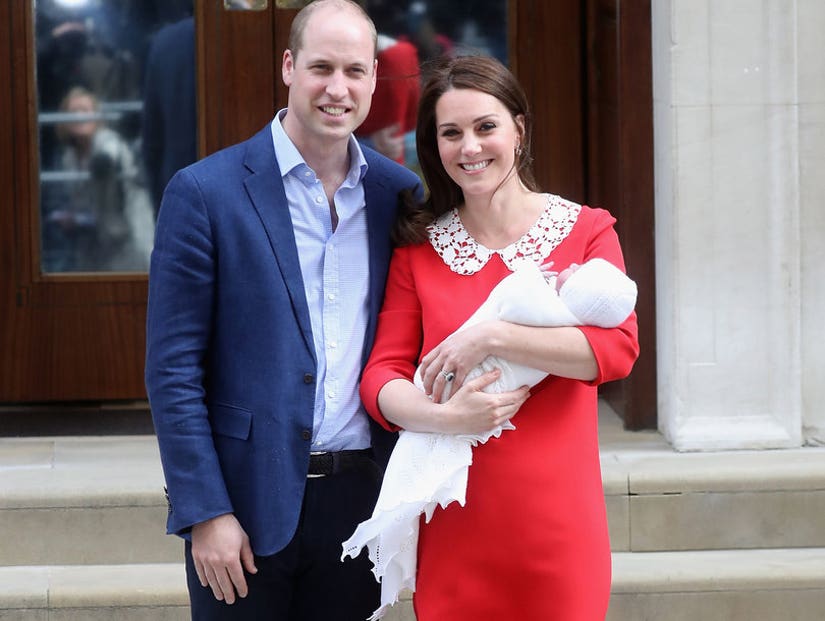 Prince Louis' christening will go down today inside The Chapel Royal at St. James's Palace, and now, we know who the little guy's godparents will be.

For his godmothers, Prince William and Kate Middleton named Lucy Middleton, who is one of Kate's cousins, Lady Laura Meade, a friend of the family whose husband James is also godfather to Princess Charlotte and Hannah Carter, a college friend of Kate's.

Louis will have three godfathers as well; Nicholas van Cutsem, Guy Pelly and Harry Aubrey-Fletcher, all longtime friends of William.

Also in attendance for the event will be The Prince of Wales and The Duchess of Cornwall, Prince Harry and Meghan Markle (now the Duke and Duchess of Sussex), Kate's parents and her siblings, Pippa and James.

The Queen and Duke of Edinburgh will not be on hand for the event. According to the Press Association, "The decision was not made on health grounds, Buckingham Palace says, and it is understood to have been mutually agreed by the Queen and the Cambridges some time ago."

While Louis has six godparents, his older brother George has seven, while Charlotte has five.