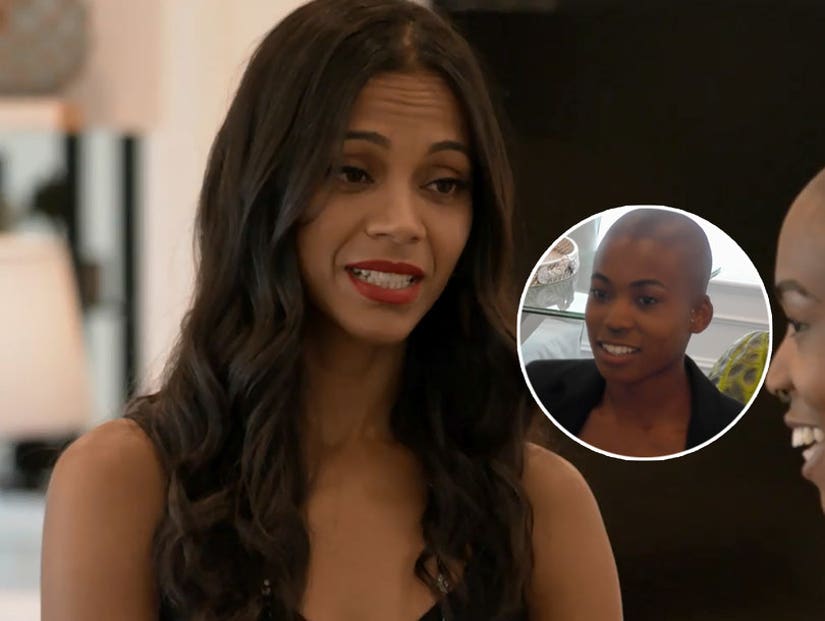 On the latest episode of Kim Kardashian's comedy prank show, "You Kiddin' Me," Saldana hosted a seance during her open house.

Zoe Saldana served up a load of ghost dog poop this past weekend.

On Saturday's episode of Kim Kardashian's comedy prank show, "You Kiddin' Me," Saldana was forced to let her sisters, Mariel and Cisely, pull the strings as she attempted to train a new assistant, Annalisa, and oversee an open house.

Saldana was tasked with selling a haunted house, complete with a ghost dog named Peaches, to real prospective home buyers. The result was an epic prank that showed off Saldana's acting chops in a new (and hilarious) way. 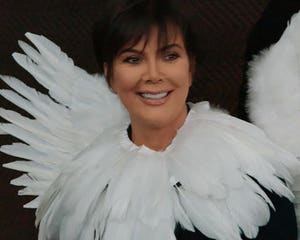 Kris Jenner Is the Butt of the Joke as She's Pranked By Kim, Kourtney and Kendall for New Facebook Series

After the house was set up with haunted simulations, Saldana was first asked to walk Annalisa, who she was forced to call "Lisa," throughout the "temperamental" house. "Lisa" was completely freaked out when Saldana told her that the home was built on the remains of a pet cemetery and was still visited by the ghost of Peaches. The late pup had even, according to Saldana's narrative, left a gift from the afterlife in the form of some dog poop.

Saldana said she felt awful having to ask Lisa to pick up the feces, but her new assistant was a trooper.

"People, [Lisa's] going to have a freaking heart attack! Saldana said clearly frustrated. "I'm feeling terrible. Look at her. Oh my god she's such a sport."

Saldana's sisters then assigned the "Avengers" star with bringing "Lisa" to the pool house which contained a shrine dedicated to Peaches. Saldana led "Lisa" in a seance for the dog, complete with black robes. It was at this point that the home buyers arrived and were completely spooked by the unusual scene.

Saldana encouraged the visitors to join hands with her and "Lisa", as she yelled repeatedly, "Go away Peaches! Stop! Peaches! Stop!"

It was at this point that Mariel and Cisely came in to tell everyone the truth and that they'd all been pranked.

"I thought I was just going to die," Saldana joked. "I just couldn't look at all of these people and know that I was lying to them! This is misery right now."

Annalisa said she was relieved to know that Saldana wasn't actually "batshit crazy," because she's been "a huge fan" for a long time.

Watch the full episode in the clip above and check out new episodes of "You Kiddin' Me" every Saturday at 12 p.m. PT. 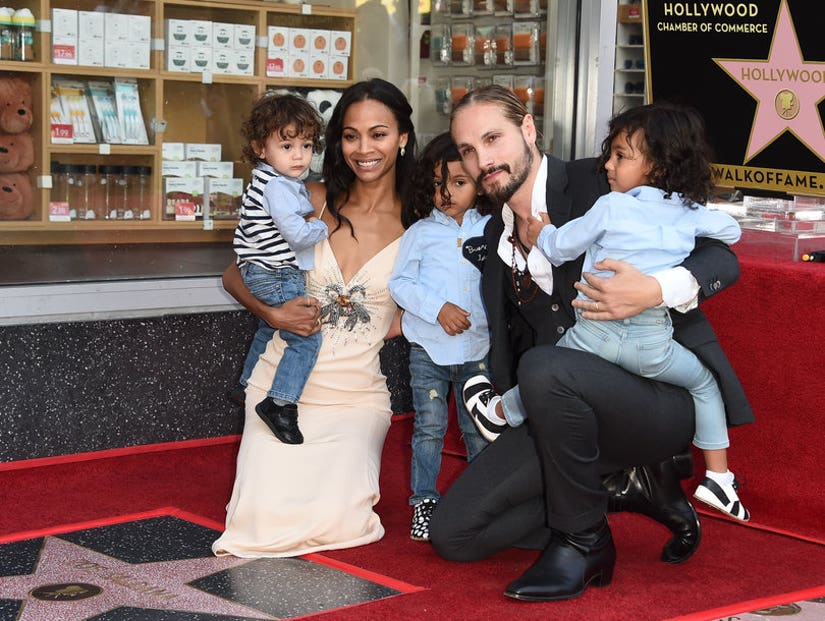