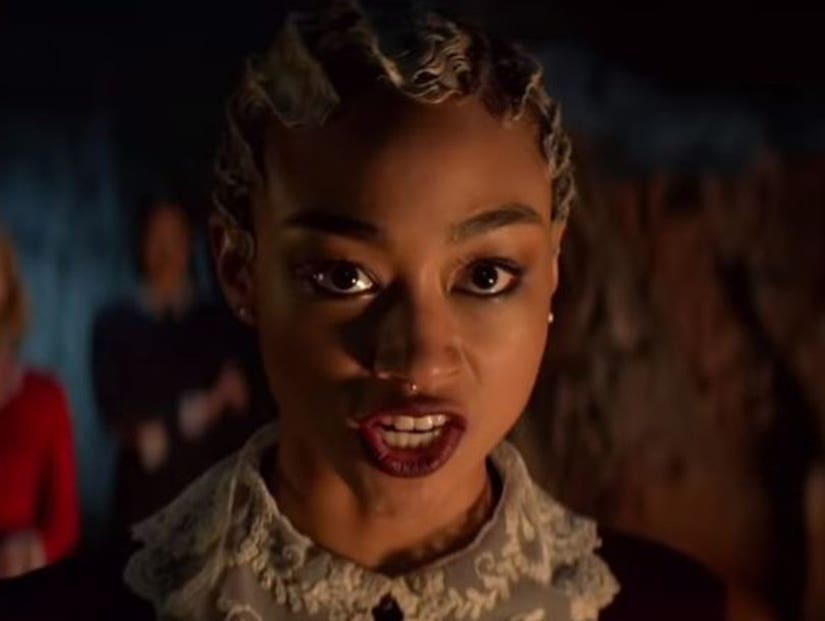 Plus, the actress who plays badass Weird Sister Prudence tells TooFab what her real-life "familiar" would be.

For those on the fence about giving Netflix's "The Chilling Adventures of Sabrina" a shot, star Tati Gabrielle offered up another reason why it's worth tuning into the new Netflix teen horror series.

It's all about female empowerment!

"It's been so gratifying and empowering for us to play these strong women that fight hard for a woman's place and to have so much strength in everything we do," Tati told TooFab. "I hope that like girls, as they watch this, feel empowered from it as well because we definitely are gung-ho with feminism on the show." 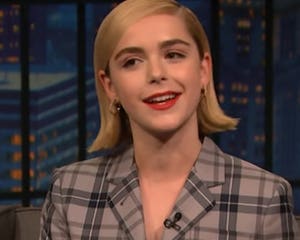 Tati plays Prudence, a teenage witch and Child of Night who is one-third of the Weird Sisters -- a trio of supernatural mean girls who bully the title character, Sabrina Spellman (Kiernan Shipka), at the Academy of the Unseen Arts. The series, which strikes a completely different tone than beloved '90s sitcom "Sabrina the Teenage Witch," follows the half-witch, half-mortal teenager facing a big life decision: committing her life to Satan or humanity.

One of Tati's favorite parts of the show is that all of the female characters -- both witches and mortals -- are empowered, independent women that are determined to make their own choices.

"It's kind of really great," she said. "And just reminding women that like, where the world be without women? Women, we create men, we create women. Where would the world go if didn't have that that nurture nature and that power."

"We're on the new horizon," she added of the shows strong feminist message.

The show boasts a diverse cast, full of characters with different ethnicities and sexual orientations. "Sabrina" even has a non-binary character, Susie, played by Lachlan Watson, who is a non-binary actor himself. Tati says that it's an "honor" to work on a series that concentrates on inclusivity. Sabrina's cousin Ambrose Spellman (Chance Perdomo) also is a member of the LBGTQ community.

"Honestly it's so gratifying to see like ethnic and social cultural minorities get to shine and to be able to unapologetically like portray these roles is honestly, it's incredible," she said. "It makes me feel very proud to be part of a project like this like, "No, we're speaking to everyone, not just a few.'"

"I know that everybody like Chance Perdomo, Lachlan, they are killing it by the way that they're playing LGBTQ roles and really like committing to that," she continued. "The people that watched the certain part of that community get a chance to feel heard and to feel seen. Yeah, honestly, it's incredible. It's endearing that while we're supernatural, I applaud like our writers and creators for still mirroring the real world in that way." 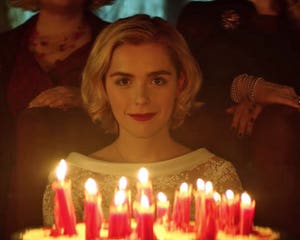 Tati's character, Prudence is a total badass. She might be a mean girl, but she stands by what she believes in. Bubbly and energetic, Tati couldn't be more different than Prudence. And obviously, it's super fun to play a magical witch.

"To like embody this kind of other worldliness, create or do anything at the drop of a hat, so it's been fun," Tati said. "Of course we're doing spells and things of that nature, to kind of dive into the witch world in terms of like how they approach life and like the sexiness and seductiveness of it all. It's been kind of fun to play."

"It just really gives us a chance to play with our imaginations and kind of explore what a different, what our world would be like," she added. "It's really exciting in that way."

In the series, all of the witches have their own unique "familiars" -- goblins that are transformed into a creature to serve. Sabrina's familiar is a black cat named Salem, who is probably our favorite character on the show.

When TooFab asked Tati if she could pick a familiar for herself in real life, she said she would choose a jaguar or panther.

"Already I feel like, like when I think of like what my spirit animal is, that's what comes up the mind," Tati said. "I just like the sleekness of them and like the way that they move and stalk is like very representative I think of the strength of a woman and the like the elegance, the power in the way that women move."

"The Chilling Adventures of Sabrina" is streaming now on Netflix. 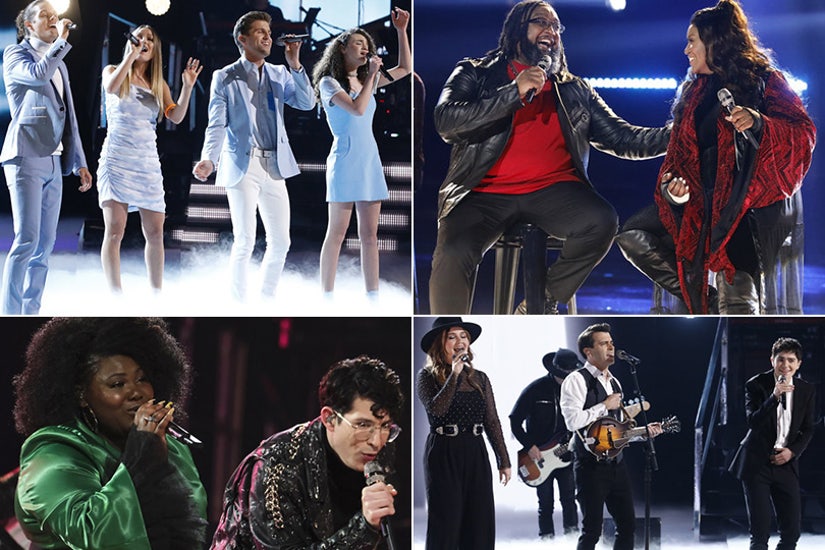