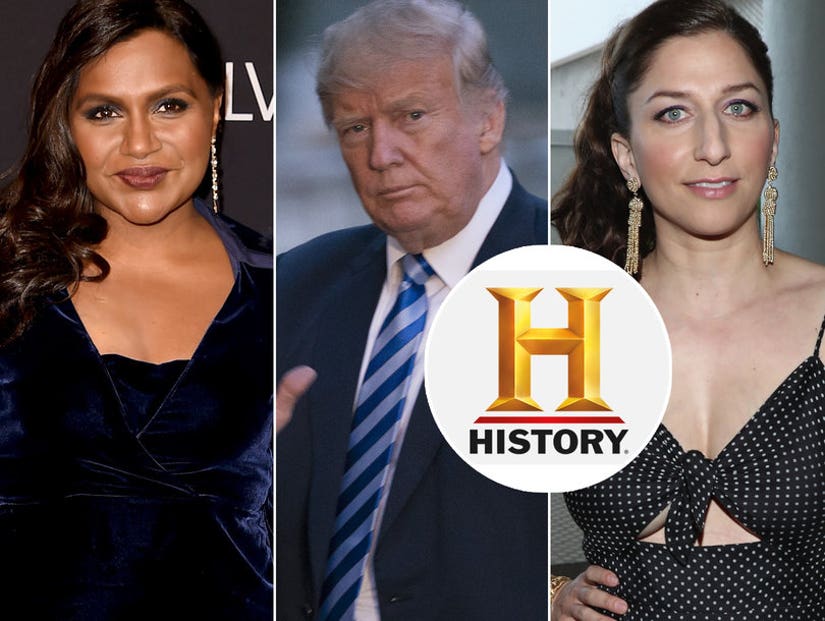 Birthright citizen Mindy Kaling asks, "Now I would be a citizen of India? My contributions to this country would be as a foreigner with no rights?"

The History Channel's Twitter account offered some insight into the big question on everyone's mind Tuesday morning after President Donald Trump said in a new interview that he wants to issue an executive order to end birthright citizenship -- something that is guaranteed by the 14th Amendment.

"The 14th Amendment, ratified in 1868, grants citizenship to all persons born or naturalized in the U.S. -- including former slaves—and guarantees all citizens 'equal protection of the laws,'" History tweeted, linking to a page on its website all about the amendment, which started trending on Twitter after Trump's words went viral. 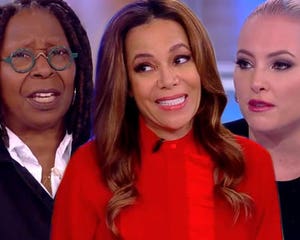 "You can definitely do it with an act of Congress, but now they're saying I can do it just with an executive order," Trump told Axios reporters during an interview for the media outlet's new HBO documentary series premiering this Sunday.

"We're the only country in the world where a person comes in and has a baby, and the baby is essentially a citizen of the United States for 85 years with all of those benefits," Trump continued. "It's ridiculous. And it has to end."

He added that his administration is "in the process" of carrying out his latest attack on immigration and that he's talked about it with his White House legal counsel.

Of course, as many have pointed out, there was yet another lie from President Trump in the middle of his most recent outrageous statement. More than 30 other countries also have laws providing birthright citizenship.

Trump supporters are arguing that the 14th Amendment only applied to babies born from already legal citizens, but History sent out a second tweet and link to an article about a Supreme Court case that affirmed the most popular interpretation of this section of the Constitution.

"In March 1898, 120 years ago, the Supreme Court affirmed the right to citizenship for children of immigrants born in the United States," History wrote, linking to an article with more detail, in case you're curious. 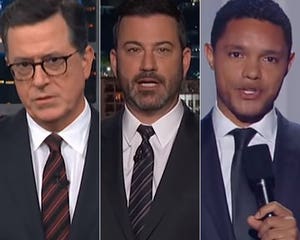 Meanwhile, a number of Hollywood stars have also been chiming in with their thoughts, or in the case of birthright citizen Mindy Kaling, concern.

"Wait. I was born in the United States to two Indian professionals who later became proud citizens of this country," she tweeted. "So... now I would be a citizen of India? My contributions to this country would be as a foreigner with no rights?"

"Brooklyn 99" star Chelsea Peretti looked even further back into American history to joke, “ok so none of us white people are us citizens???!!!! F—K! now what?"

"Frozen" star Josh Gad -- no stranger to expressing his frustration with President Trump -- retweeted CNN's White House correspondent Jim Acosta, who wrote, "The founders set up the constitution so the president can't do what he's proposing to do with birthright citizenship. It's a stunt, like sending the troops to a border for a non-existent invasion."

David Simon, the creator of beloved HBO crime drama "The Wire" and executive producer of "The Deuce," slammed Trump: "There is no bottom to Donald Trump and his confederates. None. The rule of law, the Constitution itself, the entire American experiment can be carpet bombed away if they can only retain power and amass more wealth."

Even Trump supporter and one of Hollywood's few outspoken conservatives tweeted, "I'm not taking sides on this one."

See more reactions below, starting with an old, but relevant (and accurate) prediction from Hillary Clinton, who lost to Trump in the 2016 presidential election, followed by her current advice on how you can fight back.

Our democracy is in crisis. In just one week, we as citizens have the chance to pull it back from the brink.

Let's wake up on November 7 and know that we did everything we could in this last week to win.

“The president cannot erase the Constitution with an executive order... This is a transparent and blatantly unconstitutional attempt to sow division and fan the flames of anti-immigrant hatred in the days ahead of the midterms.” —@OmarJadwat, ACLU's Immigrants' Rights Project https://t.co/E4IUGUh7u6

The #14thAmendment, ratified in 1868, grants citizenship to all persons born or naturalized in the U.S.—including former slaves—and guarantees all citizens “equal protection of the laws.” https://t.co/oqcQ50IsDW

In March 1898, 120 years ago, the Supreme Court affirmed the right to citizenship for children of immigrants born in the United States. #BirthrightCitizenship https://t.co/7I4WCBUg29

Wait. I was born in the United States to two Indian professionals who later became proud citizens of this country. So... now I would be a citizen of India? My contributions to this country would be as a foreigner with no rights?

ok so none of us white people are us citizens???!!!! FUCK! now what #BirthrightCitizenship

He likes about 26% of the Constitution. About the same percentage of the country he's the president of. https://t.co/2QnhaLMv34

There is no bottom to Donald Trump and his confederates. None. The rule of law, the Constitution itself, the entire American experiment can be carpet bombed away if they can only retain power and amass more wealth. https://t.co/vfYpys5vw6

He should maybe eye that 14th amendment and #STFU. https://t.co/CGiphARh0b

Our Constitution ENCOURAGES citizenship. The Founders ENCOURAGED citizenship. It has ALWAYS been to this country's benefit to LET PEOPLE IN. Every historical attempt to thwart inclusion to the US citizenry has proven itself to be a bigoted, nonsensical mistake. https://t.co/o3xAN4cUSQ

Where are the “conservative constitutionalists” now that Trump is threatening to get rid of the 14th Amendment to end birthright citizenship? Oh, I get it. They only like the Constitution when it's the Second Amendment or Electoral College, not when it protects people of color.

There's a lot going on in the news - all of it dire, all of it important. But please keep in mind that the LAST thing the @GOP wants us talking about is Healthcare. Because they lose on that issue. So please make sure to also keep banging that drum along with everything else.

I've always supported comprehensive immigration reform - and at the same time - the elimination of your political career because you're a spineless asshole https://t.co/if1Kr7VClh

When you haven't read the Constitution... https://t.co/rGcDxIDEy9

This is a mendacious dodge which shows trump is being told attacking signature freedoms is a mistake. Then he doubles down and says he can change 14A by eo. So much for respecting constitution https://t.co/PTEzYTjzP6

I thought y'all loved the Constitution? https://t.co/aHSDC73iCF

This issue exemplifies the profound importance of the political complexion of the #SCOTUS. I'm not taking sides on this one, as I haven't done my research thoroughly enough yet, but the Kavanaugh confirmation may be instrumental in the resolution of this. https://t.co/WpArIGgeTx