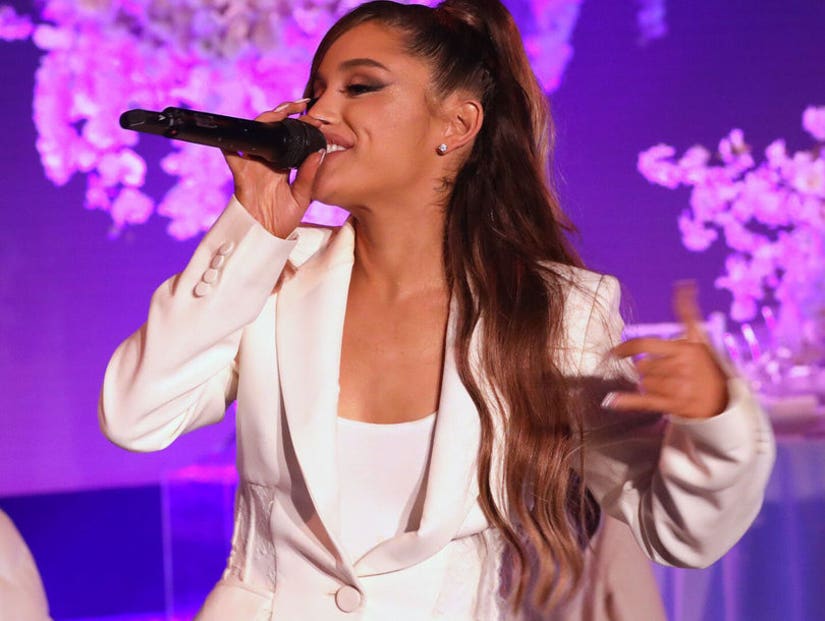 The singer can't help but laugh during the live performance of "Thank U, Next," and she still kills it!

Ariana Grande was in beautiful voice if not necessarily graceful presence during her world premiere performance of "Thank U, Next" on "Ellen" Wednesday morning.

The singer was looking gorgeous in white for a "First Wives' Club"-inspired performance of the viral track she released within an hour of the return of "Saturday Night Live" this past weekend. 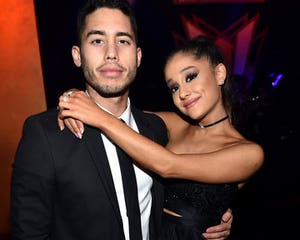 So This Is How Ricky Alvarez Feels About Being Name-Dropped In Ariana Grande's 'Thank U, Next'

The single is Grande processing through past relationships, including her recently-ended engagement to "SNL" star Pete Davidson, thanking them for what they taught her and preparing her for whatever's next.

As for the performance, it was definitely live as she nearly took a faceplant trying to step down from a chair on the wedding reception-inspired set. And for all those who insist everyone lip syncs these kinds of performances, Grande's laughter a couple of times puts that to rest.

This was real and authentic and so, so on point! She even took the time to learn some rather tight choreography -- which is what caused the near-disaster -- with her backing singers. That whole presentation was fire, but she probably needed to clarify that exit a little better with DeGeneres.

We loved how she and her girls simply marched up the stairs and off the set at the end of the number giving great attitude and girl power, but DeGeneres was on the stage waiting to chat with her. "She's gone," she lamented, before Grande came racing back.

"I thought we were supposed to exit," She laughed. "My bad." 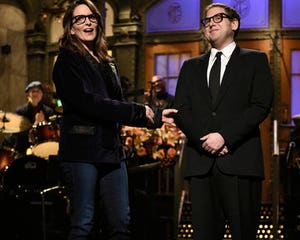 To her credit, Grande doesn't slam Davidson or any of her exes on the track. "Thought I'd end up with Sean/But he wasn't a match/Wrote some songs about Ricky/Now I listen and laugh/Even almost got married/And for Pete I'm so thankful/Wish I could say 'Thank you' to Malcolm/'Cause he was an angel," she sings.

Those other references are to Big Sean and Ricky Alvarez, who posted a tongue-in-cheek response about his lyric on Tuesday.

Many fans think the release was a pre-emptive strike as she prepared for whatever Davidson might say on the first "SNL" back on the air since their highly-publicized breakup. But Davidson took the high road.

"I know some of you are curious about the breakup but the truth is it's nobody's business and sometimes things just don't work out and that's OK," he said during "Weekend Update." "She's a wonderful, strong person and I genuinely wish her all the happiness in the world." 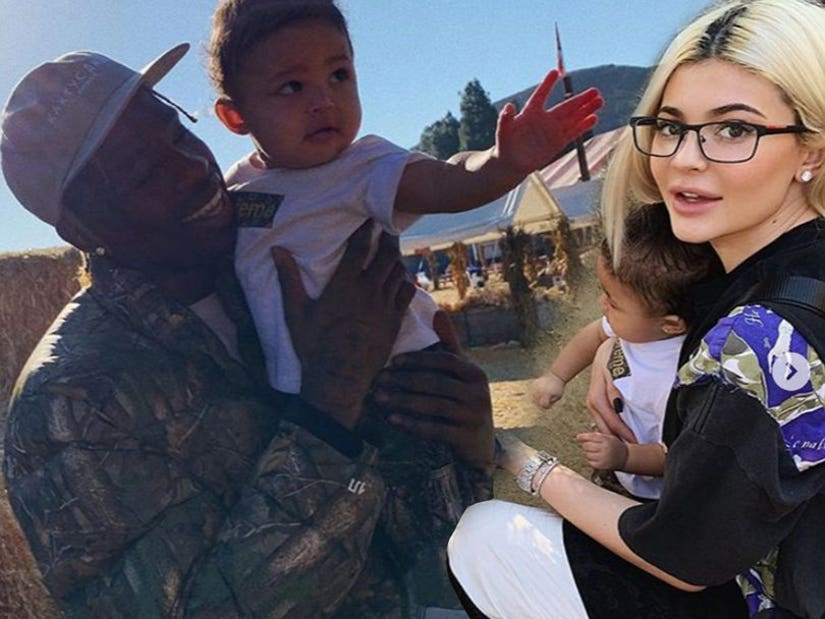