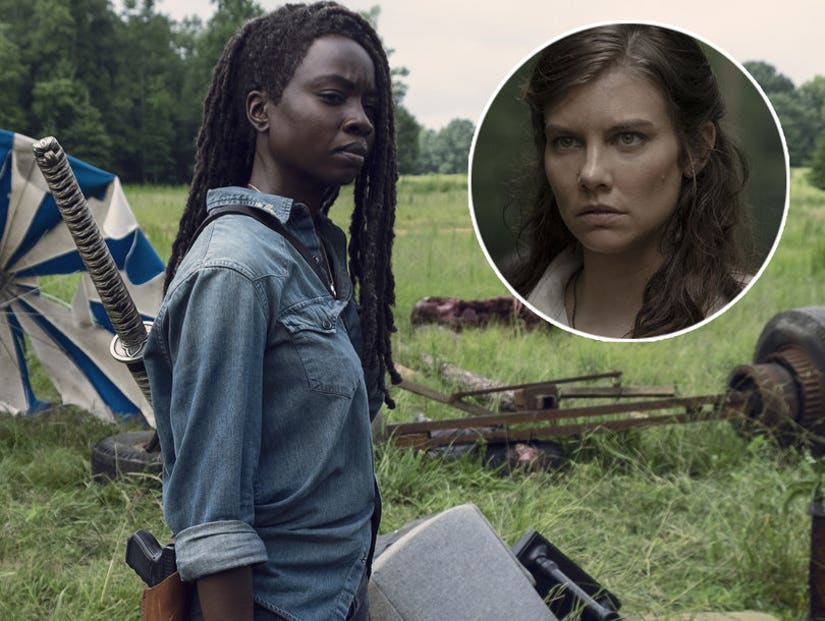 And, poof, just like that, Lauren Cohan's Maggie was explained away on Sunday's new episode.

While Andrew Lincoln's final episodes as Rick Grimes got some serious promotion from AMC -- and led to a three-film deal -- Lauren Cohan's exit happened off-screen. With the actress leaving the series to star on ABC's upcoming "Whisky Cavalier," she was quietly written off the show during the latest time jump.

Though fans will be happy to learn she wasn't killed, leaving it possible for her to return down the road, the character deserved more of a sendoff than she got. 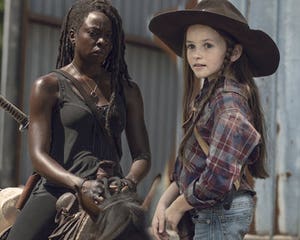 On Sunday, Michonne (and the audience, by proxy) was shocked to learn Maggie and son Hershel had left Hilltop to join Georgie on the road, helping her set up a new community. Yes, the communication between the two got so bad after Rick's supposed "death" that Michonne didn't even know she left.

With Maggie gone, Siddiq says, Michonne can return to Hilltop again. Why? It sure sounds like Michonne had been avoiding her, likely holding her somewhat responsible for what happened to her man. Remember, Rick was trying to race to Hilltop to stop Maggie from killing Negan when he got impaled and surrounded by walkers.

Following her exit, the new HBIC is a very reluctant Jesus, who'd much rather be out wrestling in the woods with Aaron than running a community. And, after watching some of their sparring, we don't blame him -- how long until they're official?

Tara moved into his role as second-in-command, but it's only a matter of time before she takes control, right?

Of course, Maggie's goodbye (for now, at least) wasn't the only thing that went down Sunday night. Here are 3 more developments from "Stradivarius," which was directed by Abraham himself, Michael Cudlitz. 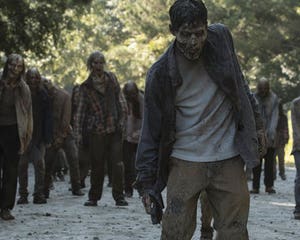 Daryl's Been Living In Self-Imposed Exile

Since Rick's "death," Daryl has been living in a tent by the river with his very good boy, a dog named Dog.

Carol and Henry stopped by for a meal at his place, where Carol let it be known that he had been gone a lot longer than either of them anticipated. "I know you think I'm still looking for him," he told her, referring to Rick. "Never found a body. Ever. After a while, it just got easier to stay out there."

But she wanted him to go with them to Hilltop, where he could keep an eye on Henry. She was worried he's too much of an "idealist," something that can be dangerous in this zombie-ridden days.

He's reluctant at first, but after Henry helped him save his dog from a walker trap, it lead to a heart to heart between the two. During their chat, Henry revealed that Carol "misses" having her "best friend" around and worries about him while he's gone.

Proving he's a softie at heart, Daryl agreed to go with them to Hilltop ... only to immediately leave to hunt for Eugene once he got there. 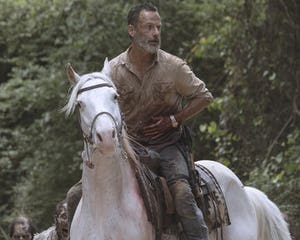 Jesus' interest in sparring with Aaron is about more than just finding another good looking gay guy to pass the time with. They've been meeting on the DL to keep communication alive.

Aaron revealed he's "violating protocol" by visiting, adding that Michonne is still against the fair Ezekiel has been planning. "The fair's important, not just for the Kingdom, for all of us," Jesus told him.

Speaking with Tara later, Jesus explained that not only has he been training Aaron, but also "keeping the lines of communication open, making sure they're still alive" and trying to "get Alexandria on board" with the festivities.

Tara doesn't seem too optimistic about it, but, come on, it's gonna happen. 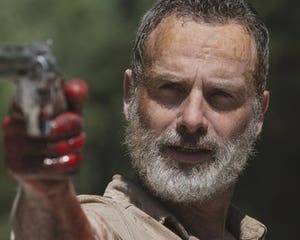 The Newbies Get More Airtime

Tonight, Magna, Luke, Connie, Kelly and Yumiko all proved that they're welcome additions to the show.

Before heading to Hilltop, the newbies, Michonne, Siddiq and DJ all made their way to the group's caravan, to show that they really had been overrun by walkers. While there, Michonne confiscated whatever weapons they found, saying she wasn't going to deliver a group of armed newcomers to the other community.

Luke, a former music teacher, was on the hunt for his instruments, one of which -- a Stradivarius, the episode's title -- Michonne accidentally cut in half. Why's he so gung-ho about his music makers still? "This is the one thing that separates us from the animals, for better, for worse, it brings us together," he said of the arts. "If you're trying to rebuild something, you can't ignore that."

They get their weapons back after being surrounded by walkers again. Kelly and Connie prove they're great with slingshots, Yumiko's a badass with got a bow and arrow and Magna has killer aim with throwing knives. Sadly, they also came across a recently-deceased member of their crew, who Michonne kindly put out of his misery.

Though she had initially only planned to go with the group to their caravan, Michonne changed her mind and continued the trip to Hilltop after learning Rosita is there. Eugene, however, is still missing.

Stay tuned for the hunt for Eugene next week as "The Walking Dead" airs Sundays on AMC.