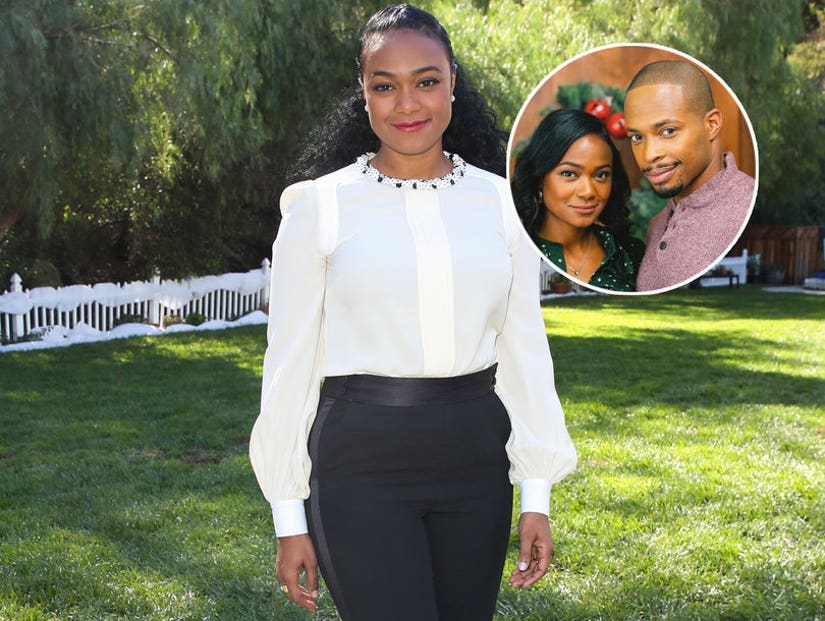 The "Fresh Prince" star teams up with some fellow former child stars in a new Lifetime movie, "Jingle Belle."

Tatyana Ali is in the holiday spirit -- and she's celebrating with a few familiar faces.

The "Fresh Prince of Bel-Air" star teamed up with "The Cosby Show" stars Keshia Knight Pulliam and Tempestt Bledsoe for the new Lifetime film, "Jingle Belle." The movie revolves around Ali's Belle, a writer for commercial jingles who returns home for the holidays for a Christmas Eve pageant and sparks a little romance along the way.

TooFab caught up with Ali, now a married 39-year-old mom with an adorable son of her own, ahead of the movie's premiere, where she looked back at her '90s days as a child star and pop singer, her love of the holidays and the wildest rumor she's ever heard about herself.

It looks like this is your fifth Christmas movie — with two coming out this year! — what is it about these that keep calling you back?

I love the family like atmosphere on set, especially now that I have a family of my own. We live in such a divisive time. It's important to celebrate all that we have in common; family, our hopes for our children - for the future, our pain. These stories remind me that believing in love is a courageous act and I think they do the same for everyone that enjoys them. It feels good to hear some truth every now and then.

In this film, you get to sing quite a bit, how was it putting your voice out there again?

I'm actually a producer on Jingle Belle. When I was asked what kind of story I'd like to make I immediately thought of something musical. Jingle Belle is what we came up with. I rarely get the chance to do the two things I love in the same project. Act and sing.

Also — can you believe this year marked the 20th anniversary of your debut album?! We were listening to Daydreamin' this morning, it's still a bop. Do you have a favorite memory from that era?

I LOVED being on tour. Performing for a live audience is something entirely different from film work. I started my career in NY on Broadway and there is nothing like the symbiosis and connection that takes place in live performance.

Back to the movie, you're also in this alongside Keshia Knight Pulliam and Tempestt Bledsoe, two fellow former child stars — had you crossed paths in the past already and how was it working with them?

Keisha and I have known each other for years. It was my first time working with Tempestt. Our experiences as children are really singular. There's a connection there that's hard to explain. Not many people in the world have grown up quite the way we did, so spending time together is really effortless and comforting. They're really dynamic women.

What are your plans for Christmas and do you have a favorite holiday song yourself?

My favorite holiday album at the moment is Cee Lo Green's. The production is super luxurious and his voice just booms with joy. I love it.

One quote we liked from this movie was Dee Wallace saying, "When you let your guard down, that's when you make something great" — can you recall a time this was true for you?

All the time! Okay working with Dee Wallace.... she made such an impression on me. Her work is so honest, so generous. Her line and the way she delivers it... It's true - you have to let your guard down, be vulnerable to create, connect, live wholly. It helps to have a safe space to do that kind of work. As I get older, I can protect that space when I need to, create a hula hoop around me energetically when necessary - that's something you eventually and must learn when your young and doing artistic work professionally.

Last question — not sure if you've seen Jada Pinkett Smith's Red Table Talk show, but she and Will recently shut down some rumors about themselves on there. Was wondering what the craziest rumor you've ever heard about yourself!

Rumors about me haven't been too crazy, luckily. If they have been they haven't gotten to me. The biggest one is that I'm Muhammad Ali's daughter. I'm not. I'm Sheriff Ali's daughter. And he's the most amazing Dad.

"Jingle Belle" premieres November 25 on Lifetime, with replays throughout December. 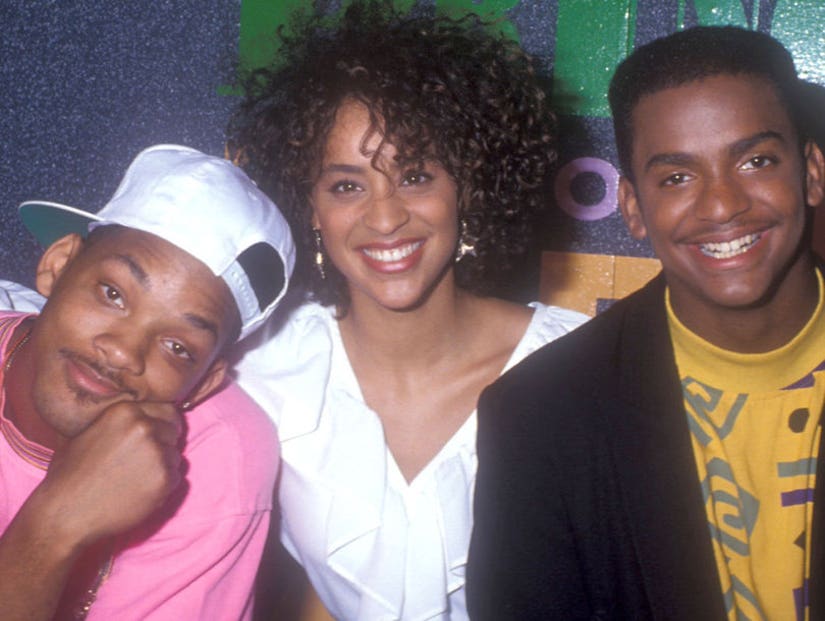