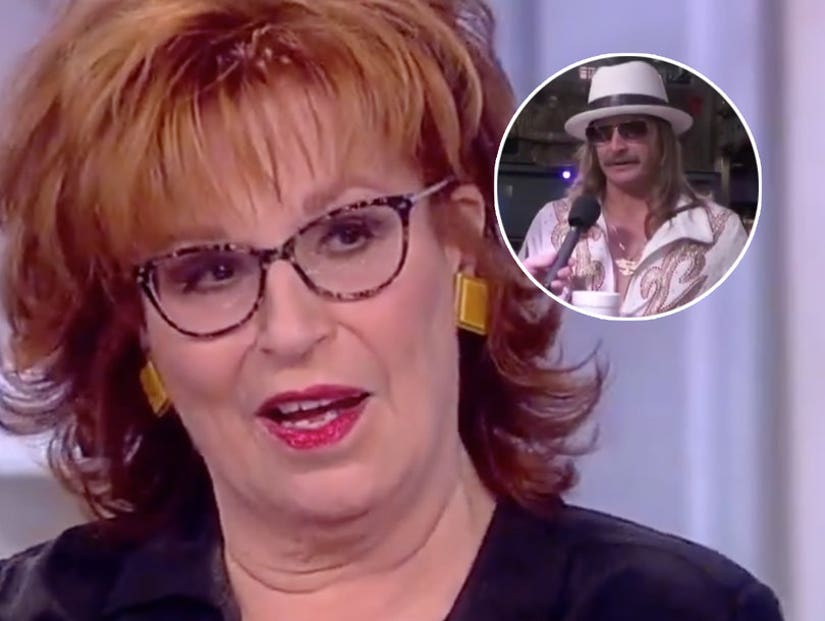 Kid Rock receives an invitation to hash it out on 'The View' after his live Fox News slam.

"You come for one of us, you came for all of us." That was the sentiment this morning on "The View" after Kid Rock called Joy Behar a "bitch" during a live appearance on Fox News.

Speaking about division in the country on "Fox & Friends," the rocker said, "People need to calm down, get a little less politically correct. And I would say, you know, love everybody. Except, I'd say screw that Joy Behar bitch." The remark was met with shock from host Steve Doocy, who called him out on his language.

After walking out onto the stage this morning, Behar and the rest of her cohosts immediately responded to Rock's remarks.

.@JoyVBehar responds to Kid Rock's comments about her said on Fox News this morning: “This bitch and these bitches will be happy to have you on the show and have a beer." https://t.co/f8u2wc159S pic.twitter.com/UuKDTWryGK

Sunny Hostin was the one who said the solidarity remark above, stating they all stand together.

"All I can is, this bitch and these bitches would be happy to have you on the show and have a beer," said Behar, directly referencing Rock telling Doocy, "Maybe we'll go on ['The View'] and we'll hash it out, and we'll talk about it. Anyway, exactly, aside from joking -- which I was -- is just hash it out with people. Have your thoughts and ideas, but be able to still go have a beer with somebody."

"I'm happy to hash it out with him, but he's going to have more than a beer with me," said guest cohost Ana Navarro. "If he's gonna call you a bitch, the least he can do is show up with Blue Label."

Abby Huntsman went on to commend Doocy for calling out his guest, saying he "handled it well," before Behar asked, "What is it about me that he feels the need to say that though, who am I? I'm just a comedian on the show. Why doesn't he go after the big stuff." 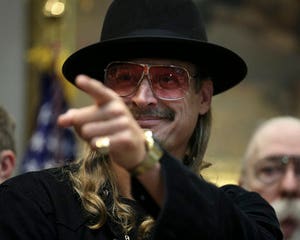 Kid Rock Applauded for Calling Joy Behar a 'Bitch' Live on Fox News, Then Refuses to Apologize for 'Sentiment'

"You're a very powerful voice in this country," said Meghan McCain. "I want to say first, I don't agree with calling any woman a bitch for her political opinion, people do it to me all the time."

Explaining how she's had many interactions with Rock in the past, McCain referenced a PSA he did with Sean Penn, "where he was talking about bringing the country together." Continuing, she added, "So this is very off tone for where he's been and I'm very surprised by it. I agree, you come for one of us, you come for all of us at this table. I love you Joy, you know that."

McCain then got a little miffed that Behar wasn't looking at her while she was defending her. "I'm having a difficult week, too much attention on me ... I can't take it," Behar replied, "Thank you Meghan, I appreciate it."

The icing on the cake for Joy, however, was that "Fox had to apologize for something" directly involving her. "That should be your 20th anniversary gift," joked McCain.