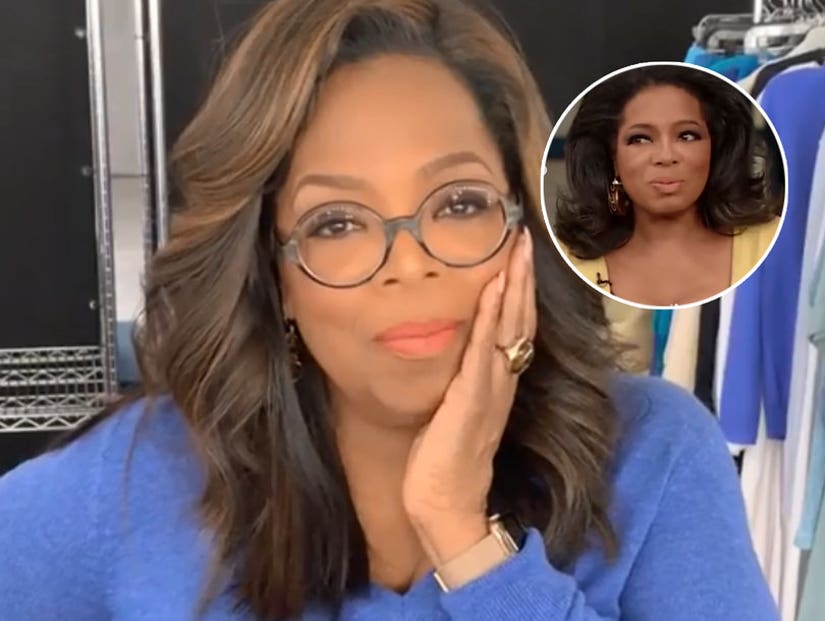 Winfrey speaks out after an old clip "from the vault" of her talk show found new life on social media.

A video from Oprah Winfrey's past came back to haunt her this week, after a 2006 clip from her talk show went viral on Twitter. Now, after the video generated a ton of attention online, Winfrey is explaining what was really going through her head when it all went down.

In case you missed it, a Buzzfeed reporter revived a video of Oprah tasting a dish prepared by Anna Ginsberg, who was awarded a $1 million prize by Pillsbusy thanks to her baked chicken and spinach stuffing recipe.

Her reaction to the taste test is priceless. In a moment that rivals Nicole Kidman's "it's a little tough" shade toward Giada De Laurentiis, Winfrey hesitated after the homemaker asked what she thought of the dish, before telling her, "I think we needed salt and pepper."

See the viral tweet below, as well as the clip:

I often think about the time Oprah did a cooking segment with a woman whose chicken recipe won $1 million, and Oprah's jaw dropped when she tasted it and realized the lady didn't even add seasoning pic.twitter.com/rfs7PS1Jc3

After racking up almost 60k retweets in five days, word got back to Winfrey, who responded to the video and reporter Spencer Althouse on Thursday.

"Okay Spencer, I don't know whatever made you pull that tape out of the vault. But it made me laugh," she said to camera. "Here's the deal, this is what I was thinking: I always wanted anybody who came on the show, no matter what they did, to have a good experience, and I also want to stay in my own truth while allowing them to have that good experience."

"So I was having a moment of trying to decide, do I want her to have a great time, what is my real moment of truth because the truth for me, was that I am used to having salt and pepper on my chicken, that's just the truth," she continued. "That's what I was thinking, this chicken needs some salt and pepper!"

Moral of the story here: season your food!

Watch Oprah's response, as well as a longer version of the original clip on her Instagram post below: