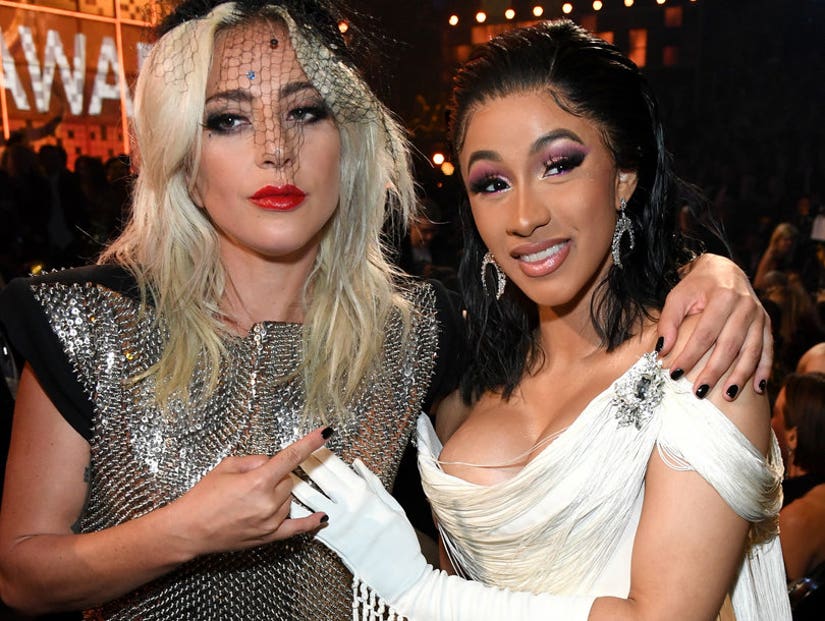 "Let's celebrate her fight," Gaga writes. "Lift her up & honor her. She is brave."

Lady Gaga has come to the defense of Cardi B after haters criticized the hip-hop star's win at the 2019 Grammy Awards.

The "Shallow" singer, who won three awards herself Sunday night, tweeted a photo of her with Cardi during Music's Biggest Night and wrote how the "Invasion of Privacy" rapper deserved her first-ever Grammy win for Best Rap Album. 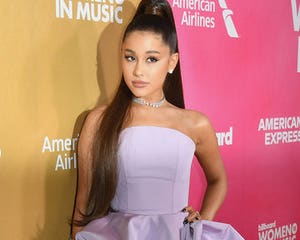 "It is so hard to be a woman in this industry," Gaga tweeted. "What it takes, how hard we work through the disrespectful challenges, just to make art. I love you Cardi. You deserve your awards. Let's celebrate her fight. Lift her up & honor her. She is brave."

Following her incredible acceptance speech, Cardi, who beat out the late Mac Miller, Nipsey Hussle, Pusha T and Travis Scott for the award, posted on Instagram that she was "sharing" her award with Miller, who passed away back in September at the young age of 26 from an accidental overdose.

Despite the fact that Cardi's album topped the charts, there were many critics who claimed the "Money" rapper, 26, didn't deserve to win. In response, Cardi clapped back at the haters in an explosive rant on Instagram. However, shortly after she posted the video, Cardi deactivated her entire account.

It is so hard to be a woman in this industry. What it takes, how hard we work through the disrespectful challenges, just to make art. I love you Cardi. You deserve your awards. Let's celebrate her fight. Lift her up & honor her. She is brave. pic.twitter.com/lunY27vn3E

"I remember last year when I didn't win for 'Bodak Yellow' and everybody was like, 'Cardi got snubbed,'" she continued. "Now this year's a f--king problem? My album went two-time platinum, my n-----, and every chart that there was, my album was always Top 10. Number one album, as well."

Cardi added that she "worked her ass off" in the studio and went into detail about her hard work, including having many late nights despite being pregnant at the time. (Cardi gave birth to daughter Kulture, who she shares with husband Offset, back in July.)

Cardi B reveals that she does not support BET's aim at Nicki Minaj and defends herself from haters discrediting her #GRAMMYs win. pic.twitter.com/ZA1nKoiuUO

"I locked myself in the studio for three months, my n-----. Didn't go to sleep in my bed sometimes for four days straight -- pregnant!" she went on in the video. "While everybody was harassing me like, 'You're not gonna do it, we know you pregnant, your career's over..."

The "Drip" rapper subsequently deleted the explicit video and then uploaded a screenshot of Chance the Rapper's comment where he praised Cardi's win. She also added a lengthy caption, which was a cleaner version of the words spoken in her rant. People captured the post before Cardi deleted her account on Monday. You can see Chance's comment and Cardi's caption, below. 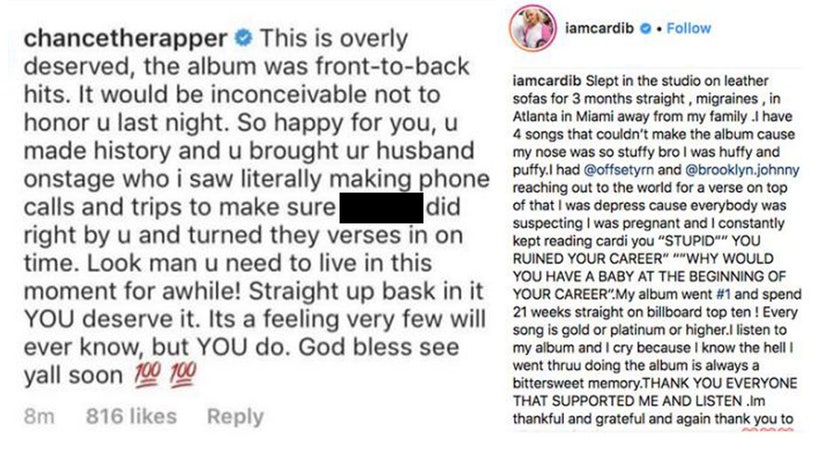 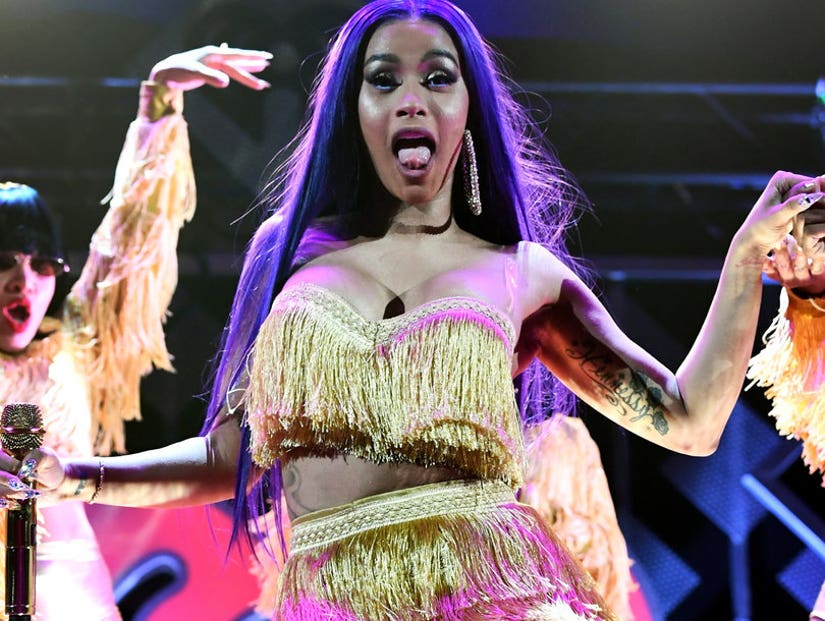