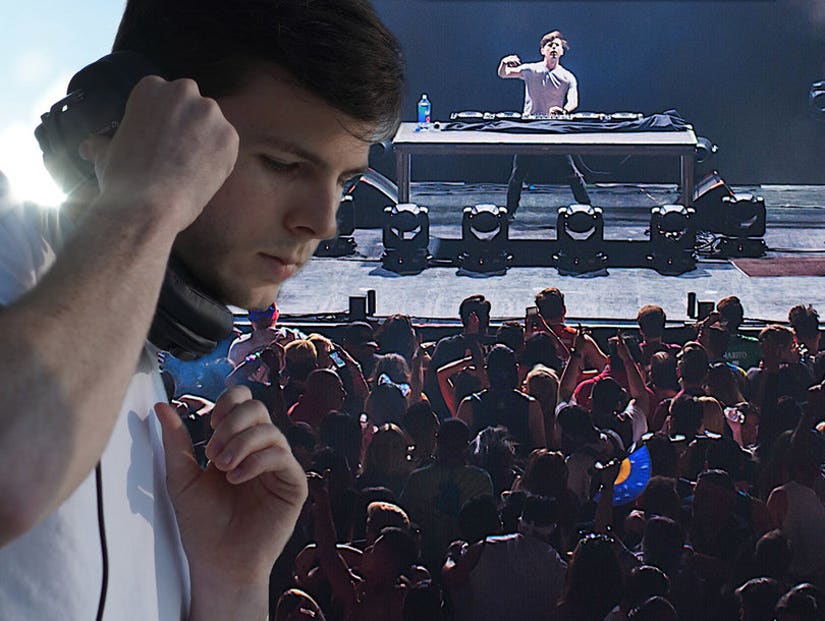 While Riggs says acting is "stupid awesome," it's also limiting -- while, with music, "the possibilities are endless."

Many know Chandler Riggs as Carl on "The Walking Dead," but he also expresses his creativity with another outlet: music. The actor, 19, is known as Eclipse in the electronic music world, where he began releasing tracks in 2017.

"I've always been a huge fan of him in the past and getting to have a release on his label is super super cool," Riggs told TooFab of Aoki. "I've loved all of Dim Mak's releases, I'm a huge fan of the label, so having a release out on New Noise is like a dream come true for me." 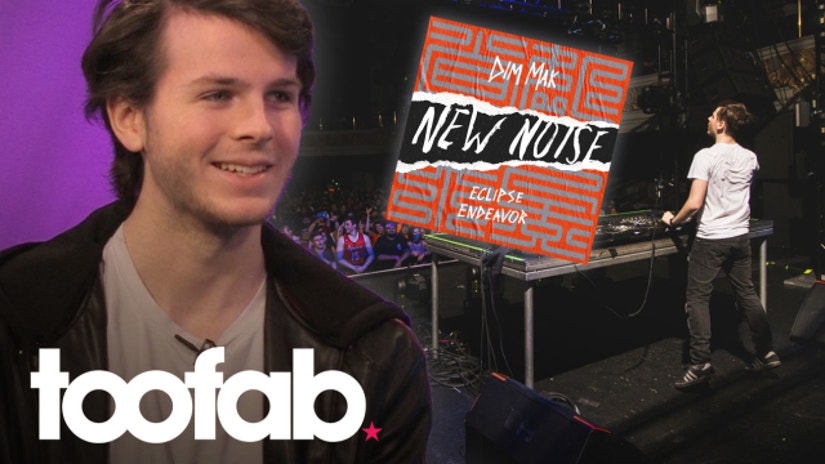 The new single, "Endeavor" (below), came out last week and, via the New Noise imprint, is available for gamers, YouTubers and content-creators to use for free in their videos and livestreams. Riggs sees it as a great tool to "promote small artists," like himself.

Of course, he's not so small in the world of "Walking Dead," where he racked up millions of followers playing Rick Grimes' son, Carl. His hope is that his music garners as much of a positive reaction from fans.

"It's really cool to have people that really like my work as an actor and really like my work as a musician," he explained. "The whole reason I do what I do, both in music and acting, is to make people feel something, to really relate to what I do on a personal level. It's so awesome when I go to conventions and I meet people and they're like, 'Carl really helped me through this moment in my life' and it's super great to be able to bring that into music as well."

He said he's been a fan of the music genre since "before my age was in the double digits," looking up to "feelsy" artists like Skrillex, Seven Lions and Porter Robinson. Entering the music world has given him a few moments to fan out himself, as he's gotten to meet a few of his faves at various events and festivals.

"It's crazy. I met Porter Robinson in like 2016 at Shaky Beats after one of his sets," said Riggs. "Me and my friends ran backstage really quickly to try and get him as he was going to his trailer. We said hi really quick and it was the best 30 seconds of my life, it was amazing. Getting to meet artists like that that have changed my life is super super cool."

As for his five year plan, Riggs said he'd love to get the chance to score a video game, film or television show (AMC, you listening?), but for the time being, he's just happy to be making new music. 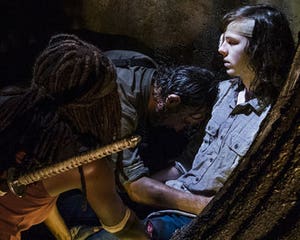 "As an actor, you have a ton of downtime, so it's always good to have a hobby, especially another creative outlet outside of acting," he explained.

"Acting is stupid awesome and I love it, but you're kind of limited to the words on the paper. You can dictate how you say those words and make plenty of different choices, but you are pretty limited," Riggs continued. "Versus whereas when I open up [music production program] Ableton, the possibilities are endless. I can just create whatever I want and make whoever make however I want, it's really really cool."

Follow Riggs on his social media (Twitter, SoundCloud and Instagram) for more news about his music, as he teased a "few more releases" are "hopefully coming soon."