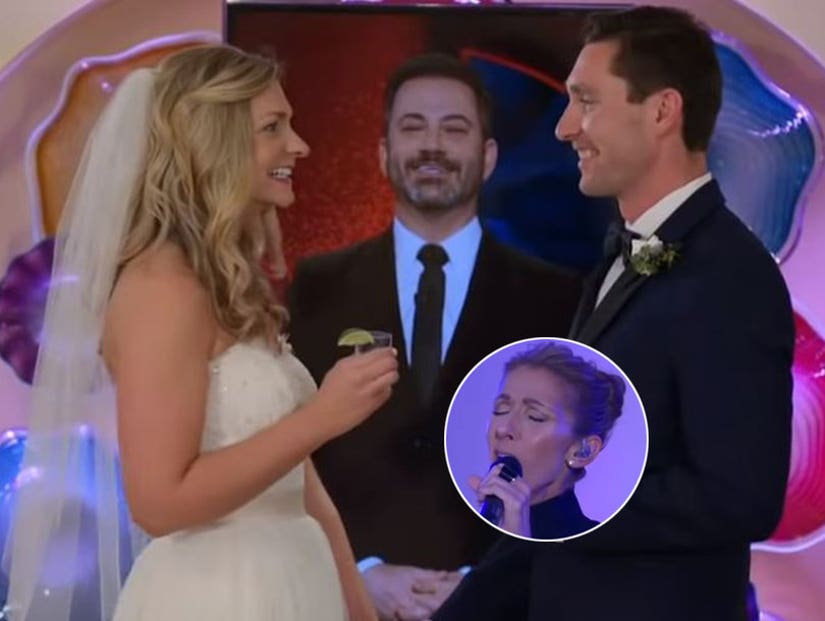 A lot of couples dance to Celine Dion at their weddings, but only this one can say the singer herself performed, too!

On Friday's "Jimmy Kimmel Live," the late-night host and "My Heart Will Go On" singer crashed a young couple's wedding at a little chapel in Las Vegas. If that weren't amazing enough, actor David Spade also participated in the surprise. 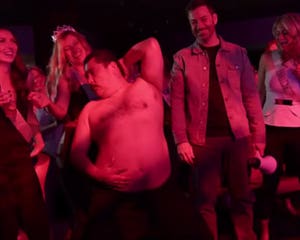 As the soon-to-be husband and wife -- Air Force majors Jason and Kate -- were at the altar holding hands, Kimmel, who was at a nearby theater, video conferenced into the ceremony and asked if could marry the couple.

"Don't worry I was an altar boy for many years, I know how to do it!" Kimmel said. A still-stunned Jason and Kate agreed to Kimmel's proposal but had no idea what was to come.

When Kimmel asked if anyone had any objections, Spade busted through the chapel door, holding a Fat Tuesday of course. "My objection is they seem a little too sober and not on my watch in Vegas!" Spade said and Kimmel's pal Guillermo brought in shots for everyone.

"By the power vested in me by the Nevada state bird -- which is the Mountain Blue Bird, by the way -- I pronounce you husband and wife," Kimmel said. "You may kiss each other on the mouth."

After Jason and Kate were married, Kimmel asked if they had a wedding singer for their first dance. Turns out, they didn't. Kimmel came to the rescue and told the newlyweds he found a "local performer" to help them out and it was none other than Dion. The couple, understandably, was shocked.

Dion came out and performed a flawless rendition of "Because You Loved Me." See it for yourself in the video above. 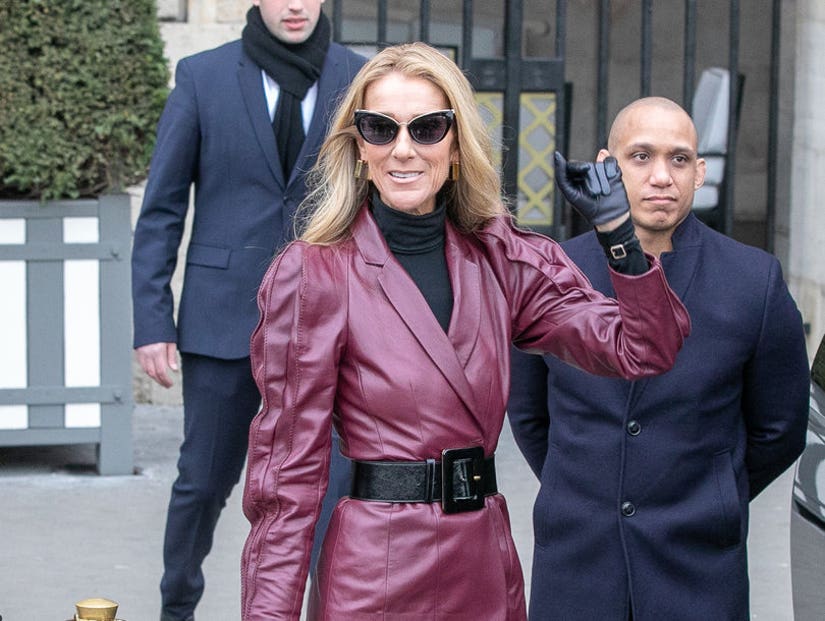