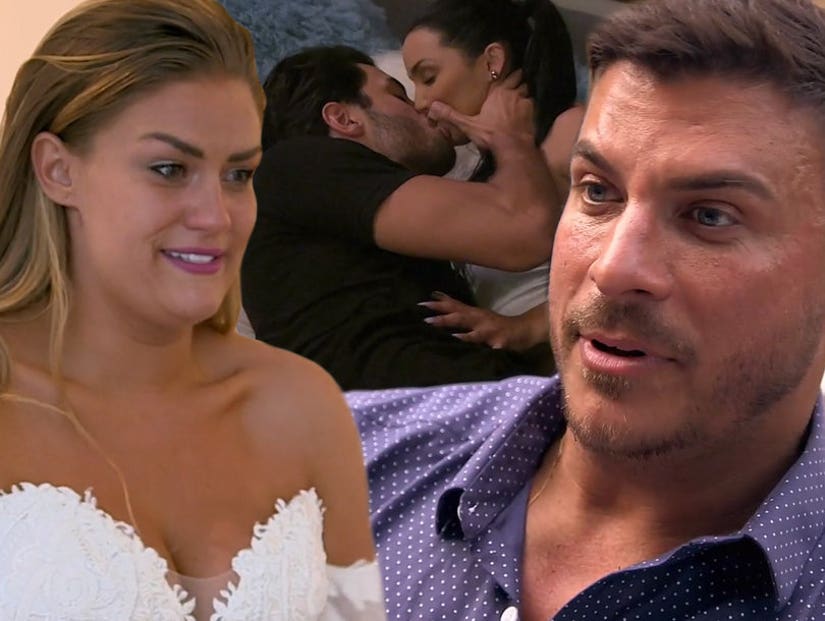 Oh, and Scheana hooks up with someone who's not Adam.

There's only one episode left until the "Vanderpump Rules" season finale, and if it's anything like Monday's episode was, we'll be in for a good time.

Jax Taylor and Brittany Cartwright went from a highly concerning couples therapy session to hosting their respective families in L.A. for their upcoming engagement party. Although we won't get to see that until next week, we did get to see Brittany say yes to the dress as well as pick her bridesmaids, Maid of Honor and Matron of Honor. We also got to witness Jax say all the wrong things when he got grilled by Britt's family. 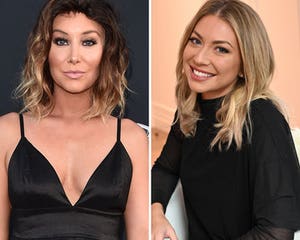 While Jax and his sister went to go get tattoos honoring their late father, Brittany met up with her mom, grandma and childhood friend, as well as Stassi Schroeder, Katie Maloney and Kristen Doute at a bridal shop to pick out the perfect princess gown for her big day. (She looked stunning in everything she tried on.) One of the times she went back to the fitting room, she summoned Katie to come chat.

Brittany ended up asking Katie to be her Matron of Honor since her friend of 20 years, Cara, was going to be her Maid of Honor. Katie was shocked -- but not more shocked than Kristen, who found out later on when Brittany asked her, Stassi, Scheana Marie and Ariana Madix to be bridesmaids.

"I've already asked Cara to be Maid of Honor, and Katie's my Matron of Honor," Brittany said to the group, which prompted everyone -- except for Kristen -- to let out a collective, "Awwwww!"

"I asked her at the bridal store," she continued, "but I didn't want you guys to know yet because--"

"You didn't want me to take her down?" Kristen interjected without cracking a smile. It was painfully awkward. She really thought she was going to be MOH. 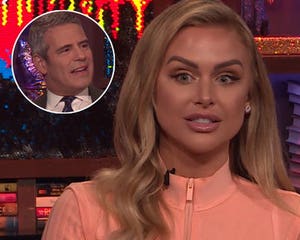 Although we cringed at Kristen's reaction, it was downright jolly compared to Jax's uncomfortable dinner with the men of Brittany's family, including her father and brothers, who have yet to forgive him for cheating on Brittany last year.

"This is what gets me about it," Brittany's dad, Don, began. "You sent that picture, and she was grinning from ear to ear with that ring on her finger, and that seems real important to her -- that big rock and everything, and everybody was all excited about that. But what's important to me is the faithfulness behind it. That's the most important thing. The rock don't mean anything." 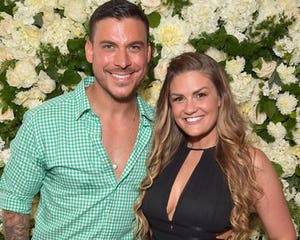 We also have to tell you about what's going on in Scheanaland.

After pining for Adam Spott all season -- and telling everyone they were "best friends" who happen to hook up five nights a week -- Scheana finally told the handsome barback she had a "friend" coming into town to cook her dinner and spend the night. This "friend" was 25, very attractive and cooked Scheana some gorgeous steaks. Adam was insanely jealous, but he had already told Scheana he wasn't willing to commit to a relationship with her, so he did what any good-looking, 20-something-year-old guy would do in his situation: He told her he didn't want to date her but that he didn't want her sleeping with other people.

Scheana ended up snapping a video of her date cooking her dinner and sending it to her friends, who she knew were with Adam. Naturally, they showed it to him, and he was not too pleased. If he thought that was a hard pill to swallow, he's definitely not going to like seeing Scheana make out with the guy on national television.

Next week's preview shows an angry Adam confronting a tipsy Scheana about the hookup, and we can't wait. 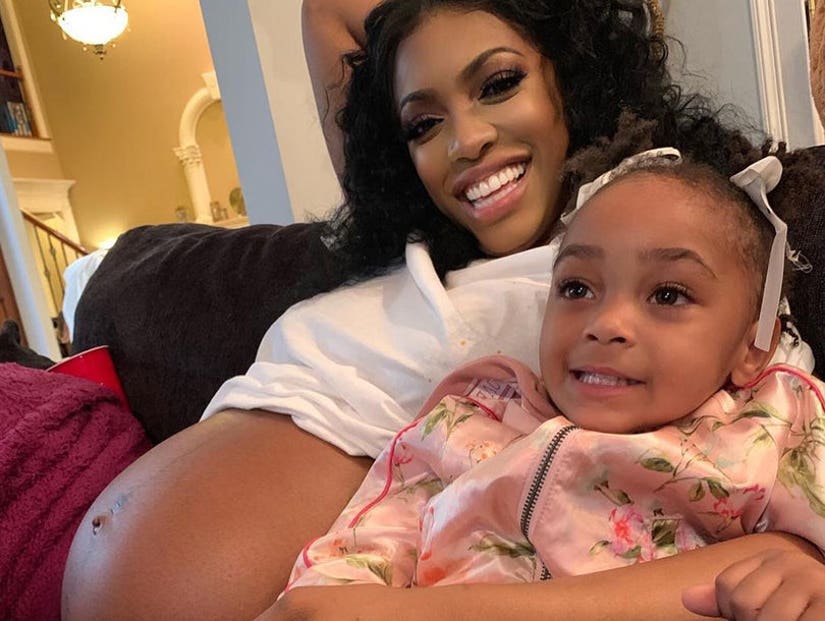