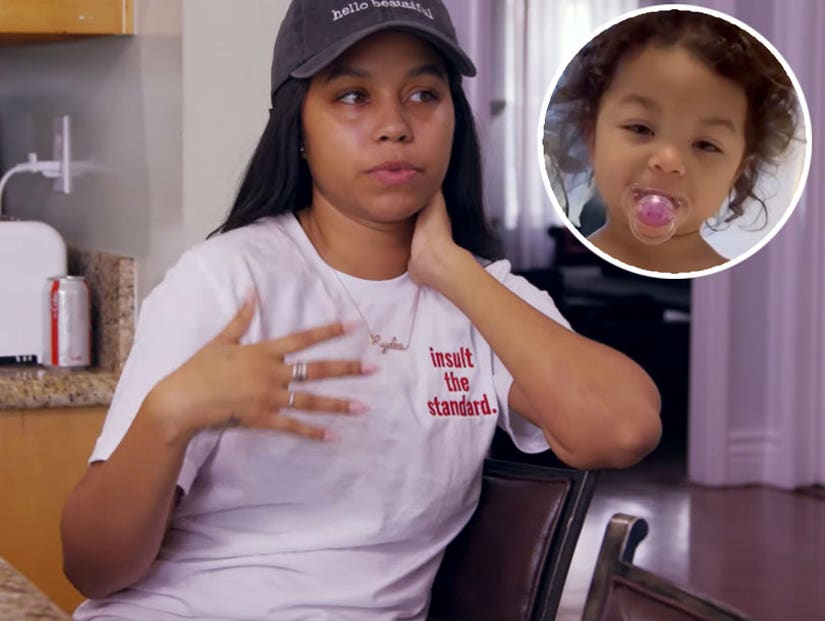 "At the end of the day, he wasn't there, he missed the process," says Cheyenne.

"Teen Mom OG" is back and so is the drama between Cheyenne Floyd and Cory Wharton, the father of her little girl, Ryder.

In February, the then 22-month-old was rushed to the hospital with the flu, made worse by a congenital condition she has called VLCAD. The child was born with very-long-chain acyl-CoA dehydrogenase deficiency, which means she can't process fatty foods.

In a preview clip from Monday's season premiere, Cheyenne vents to her mother about Cory, who was out of town on vacation while Ryder was hospitalized. Cheyenne chronicled the baby's progress on social media at the time (below), something she says was helpful for her followers.

"Ryder being sick was one of my worst days," she says in the video. "But with me posting that, I probably received so many messages and emails of people that are dealing with the same thing saying thank you for showing what we go through."

Here's what she posted at the time:

"Corey missed all of it," Cheyenne then says in the video.

Adding that he did show up "on the last day," she gets frustrated as she says he's "never gonna understand" Ryder's diagnosis if he isn't around "the times where she is screaming like she's about to die."

"He's never going to understand what she has until then and he missed it again," she says. "At the end of the day, he wasn't there. He missed the process. So in my head, he still doesn't understand that your child has a rare disease and that when she has the flu or she has a fever, it's not a normal flu or fever."

"She could go into shock, she could have a seizure, she could die," adds Cheyenne. "You have to understand these things."

Explaining himself at the time, Cory tweeted, "Ryder got sick while I was on vacation and once it got worst, I booked a flight home. At this point I can't care about everyone else thinks I know what type of dad I am. I just want Ryder to get better."