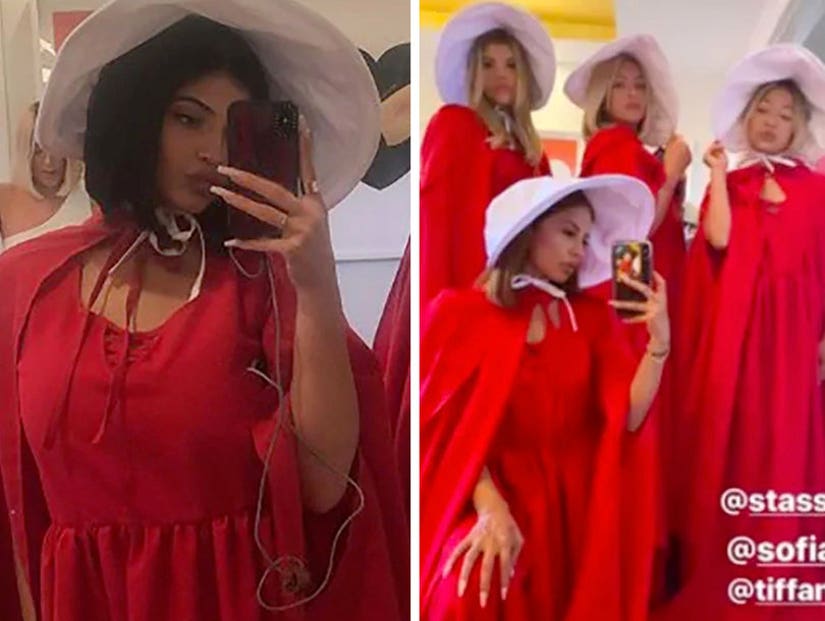 Bradley Whitford sounds off on the controversial celebration.

Kylie Jenner's elaborate birthday bash for one of her best friends just drew even more backlash from a star of the show which inspired it: "The Handmaid's Tale."

In case you missed it, Twitter exploded over the weekend after Jenner chronicled the party for Stassie Karanikolaou on social media. The young makeup mogul went all out with decorations and elaborate costumes and even had everyone getting into character, with "Marthas" (AKA servants), Commanders and women in red whose names all began with "Of."

They even had "Praise Be" cocktails.

Appearing on "The Talk" this morning, Bradley Whitford was immediately asked for his thoughts on the soiree, which had already been torn apart online. Whitford joined the show as Commander Lawrence last season. 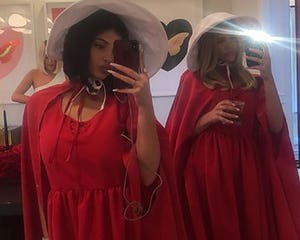 "I don't know, it seems a little tacky," he said on the show. "That costume is so kind of iconic, and it's interesting how it's changed from initially a sort of symbol of oppression to now, as the show is moving ahead, to a symbol of resistance."

Most recently, the outfits were used to protest Georgia's anti-abortion legislation.

"So, yeah, a cocktail party seems to sort of dash all that significance," Whitford added with a laugh.

Here's just some of went down inside the celebration:

It's 2019 and Kylie Jenner is hosting a “Handmaid's Tale” themed birthday party...SIS... pic.twitter.com/hNUTDDyTp4

Below is just a sampling of the outrage, to which Jenner hasn't responded.

y'all are mad about kylie's handmaid's tale birthday party, just wait til the chernobyl baby shower

Kylie Jenner is having a party themed after the Handmaid's Tale.....so.....who's gonna tell her that her party is literally celebrating female enslavement for their biological reproduction??

WHO IS GOING TO TELL HER

Kylie Jenner throwing her friend a Handmaid's Tale themed birthday party complete with robes, Gilead flags, “Praised be” vodka and “Under his eye” tequila is so tone deaf, at any time, but especially when women's rights and autonomy are particularly under attack. Disheartening.

With all of the serious reproductive rights fights that are going on, Kylie Jenner gave a 'Handmaid's Tale' themed birthday. This entire family is tone-deaf due to privilege, and don't you forget it. pic.twitter.com/11ieyxX4ro

Women's bodies get policed on a daily, some states are trying to ban abortion, yet Kylie Jenner thought a Handmaid's tale theme party was a good idea pic.twitter.com/W80sm0RMpn

Not that I had any before but @KylieJenner just lost all of my respect and business. The Handmaids Tale is not a joke or laughing matter. It is about the rape & oppression of women and it is happening right now in America. I have never witnessed this level of ignorance in my life

Because who doesn't want a birthday party themed in a universe where women are raped, beaten, and forced to have unwanted children. A world where queer women are murdered or forced to undergo female circumcision.

This is white feminism. https://t.co/RHLxDpjTBn

I'm legitimately DISTURBED that Kylie Jenner threw a Handmaids Tale themed party for her friend. Do they realise the show is about female oppression and rape???? Jesus Christ.