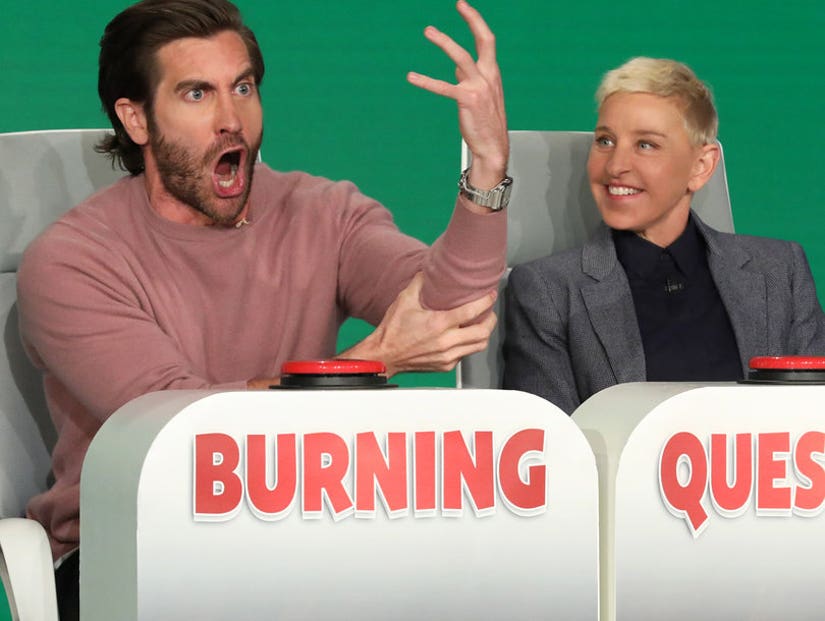 One of Ellen's questions got a very awkward answer.

Jake Gyllenhaal was certainly feeling the heat during Ellen DeGeneres' latest round of "Burning Questions."

The daytime talk show host got real personal when asking Gyllenhaal what he wears to bed, if he prefers boxers or briefs, and what his favorite body part is on Friday's episode of "The Ellen DeGeneres Show".

"Nothing," Gyllenhaal responded without hesitation. Ellen then started to cheer and howl as the audience members lost their minds.

"Who is the sexiest Avenger?"

"Whoa," he said reluctantly. "Spider-Man." After Ellen sarcastically noted the "Smattering applause" from the crowd, he changed his answer to Thor. That one went over much better.

"What is your favorite body part?"

Gyllenhaal responded with confusion, asking, "On a ... person?"

"No, a kangaroo," Ellen jokingly shot back. "Well, I mean, it's obviously the pouch," he said, she agreed. "That's why we don't ask about that, it's obvious," Ellen said. "The hind-quarters are pretty nice too ... on a kangaroo," he said assertively.

DeGeneres then got straight to the point and asked, "What is your favorite body part on a person? Yes." His response was a little odd, as he replied, "Uh… oh man… I really, I really like the back of a woman's neck."

Ellen looked a little creeped out by the answer, as he exclaimed, "This is weird, it's a weird question!" Ellen's response: "It's only weird if you make it weird."

"What celebrity can you do an impression of?

He confidently answered Harrison Ford, in "The Fugitive," before proving it by reenacting a scene from the movie.

The crowd quickly applauded him for his short performance, and he even got a standing ovation from Ellen herself. "I had to go deep for that," Gyllenhall said while laughing.

"What's a ridiculous thing you are afraid of?"