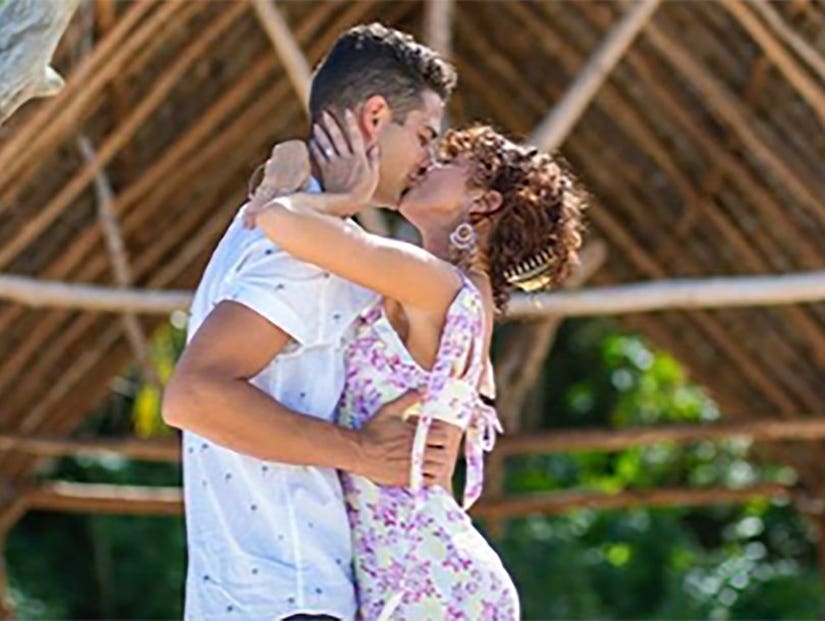 The tropical proposal was simply stunning.

The actress, 28, got engaged to "The Bachelorette" and "Bachelor In Paradise" alum Wells Adams, 35 -- with the two sharing the news on their respective Instagram pages on Tuesday afternoon.

"That can't eat, can't sleep, reach for the stars, over the fence, world series kind of stuff," Hyland captioned a series of photos, showing the proposal, ring and celebration after.

Adams shared footage of the proposal on his Instagram page as well, with the caption, "I'll be Johnny, you be June. But forever."

In the minute-long video, Wells gets down on one knee as Sarah puts her hand to her mouth, realizing what's about to happen. Unfortunately, the video has no audio of the proposal -- but we're willing to bet Wells said something along the lines of, "Will you marry me?" We're also willing to bet she said something along the lines of "YES" because she gives him a big hug and kiss immediately following.

The two have been dating since Fall 2017 and moved in together after doing the long distance thing in August 2018. According to Hyland, their first date was just nine days before her second kidney transplant.

"We were talking, like texting, for a while. I didn't take it super serious because he lived in Nashville," Hyland told Ellen DeGeneres in January. But her impending surgery actually forced her to make a move. "So I texted him being like, 'You need to come out to L.A. by the end of the week, or this is never gonna happen. And he was like, 'What's going on?' I was like, 'I'm gonna be out of commission come next Tuesday. It's totally fine. I'll be fine.'"

Hyland said he texted her back the next day and said, "See you on Saturday." She was overwhelmed by the gesture -- until she learned months into their relationship he had to be in L.A. anyway for a work-related reason.

Adams also recently revealed the couple's parents have never met -- and likely won't until they say "I do."

Wells explained it all on his "Your Favorite Thing" podcast back in May. "They both fall on opposite sides of the political spectrum," he said. "And I'm just sure someone's going to get into a fight about something."

"They are going to hang out one time, and it's going to be at the wedding, and the directive is no one is allowed to talk about politics," he added at the time.