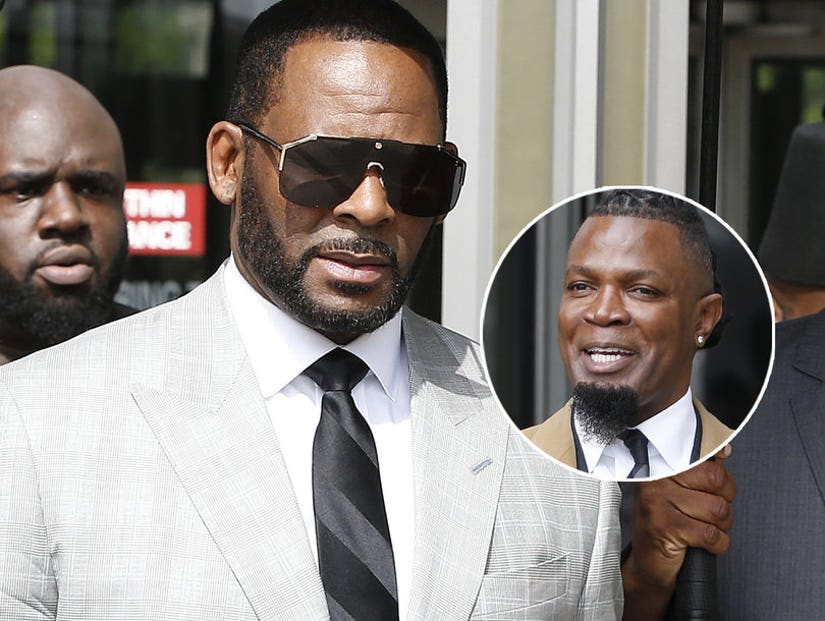 "I wouldn't leave my daughter with anybody that's accused of pedophilia," Johnson told Gayle King.

R. Kelly's crisis manager Darrell Johnson abruptly resigned after he admitted he would "absolutely not" leave his daughter alone with an accused pedophile.

On Monday night, Kelly's attorney Steve Greenberg issued a statement on Twitter saying Johnson would be "taking some time off" due to "personal reasons."

"The defense wants to thank Mr. Johnson for his tireless assistance and looks forward to his return," Greenberg added. "He shares our confidence that this is an unprecedented assault against R Kelly by others, for this own personal gain, and in the innocence of R Kelly."

Johnson's resignation came just a few hours after the crisis manager was asked by Gayle King on "CBS This Morning" early Monday if he would allow his own daughter to be alone with Kelly.

"Absolutely not," Johnson answered. "I wouldn't leave my daughter with anybody that's accused of pedophilia. Period."

When King suggested Johnson's answer seemed like a contradiction, Johnson reiterated, "I would not leave my daughter with anyone that's accused of being a pedophile."

Johnson later attempted to clarify his comments, telling USA Today: "I should have worded it better."

He claimed he had meant to say: "I would leave my daughter with Kelly because I do not believe he is a pedophile."

You have a 20-something-year-old daughter. Would you allow her to be alone with R. Kelly?

Since the '90s, Kelly has been the subject of numerous allegations of sexual abuse, often with underage girls. In 2002, he was indicted on 13 counts of child pornography but was acquitted of all charges in 2008. In January of this year, Kelly became the topic of Lifetime's widely-viewed docuseries, "Surviving R. Kelly," which detailed gut-wrenching allegations of sexual abuse by multiple women who claim to have been victims of the singer.

Kelly was indicted on 18 new counts -- 13 in Illinois and five in New York -- earlier this month.

The R&B singer continues to deny any and all wrongdoing.