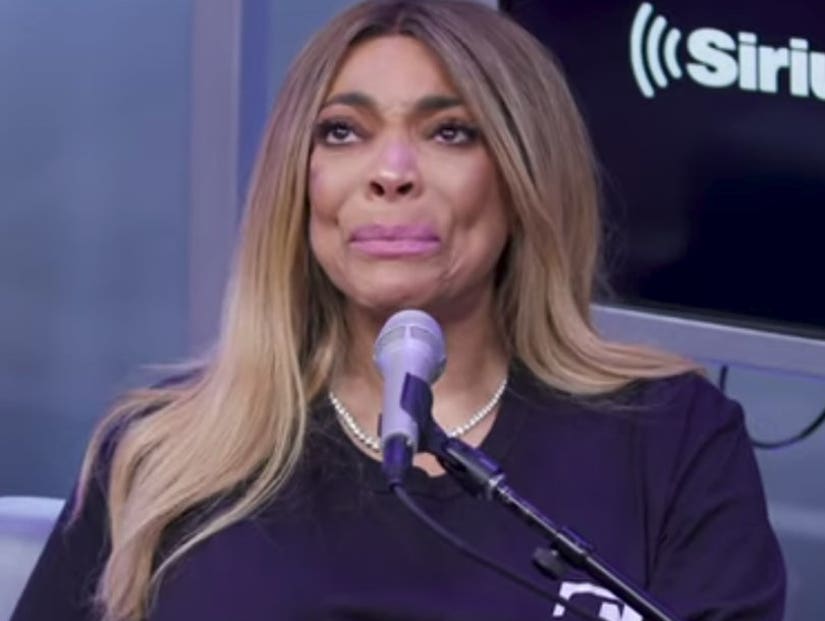 As for why she's in a sober house, Williams says "it's hard to explain that, so I prefer not to."

Wendy Williams may be an open book on her daily talk show, but there were a few topics she didn't really want to get into during an interview today on SiriusXM.

Sitting down on Urban View with host Karen Hunter in NYC, Williams was asked if she's planning on changing her name following her split from husband of over 20 years, Kevin Hunter, who allegedly fathered a child with a mistress.

"No, my name is Wendy Hunter, that's my son's name and you can't take away twenty ..." she answered, before she started to tear up. "Don't make me cry," she then said, still choking back tears, "Next."

She was then asked, "Who is Wendy right now?"

"Happy," Williams replied, "I am happy, I'm healthy and I am at peace with the world and everyone around me." But as she continued, saying she's "going through a situation in my family," she once again got choked up.

Hunter couldn't even get the next question out -- about whether Wendy and Kevin would reconcile -- before Williams stopped her. "No, don't ask. No. Girl," she told the interviewer. "No. Don't ask, I know what you're saying. But my family's good and we'll always be family."

Later in the interview, Hunter also asked Williams what precipitated her stay in a sober living house, which she returns to every day after filming her talk show.

"It's hard to explain that, so I prefer not to, because no one would understand it," she replied.

"There were things in my life going on where I knew I had to sit and quiet everything," she explained. "And not have knocks on the door, I don't need to be interrupted, I don't need a phone, I just need to think."

If you or a loved one is struggling with addiction, help is available.

Wendy first opened up about her stay in the sober house on her show back in March. She didn't give specifics about what she's being treated for, but spoke about her past struggles with cocaine.

"For some time now, and even today and beyond, I have been living in a sober house," she said. "You know I've had a struggle with cocaine in my past. I never went to a place to get the treatment. I don't know how except God was sitting on my shoulder and I just stopped. But there are people in your family, it might be you, who have been struggling and I want to know more of the story."

Detailing the facility, she added, "Doors locked by 10pm, lights out by 10pm. So I go to my room and I stare at the ceiling and I fall asleep, to wake up to come back here to see you." 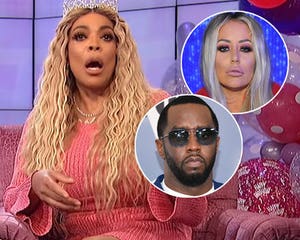