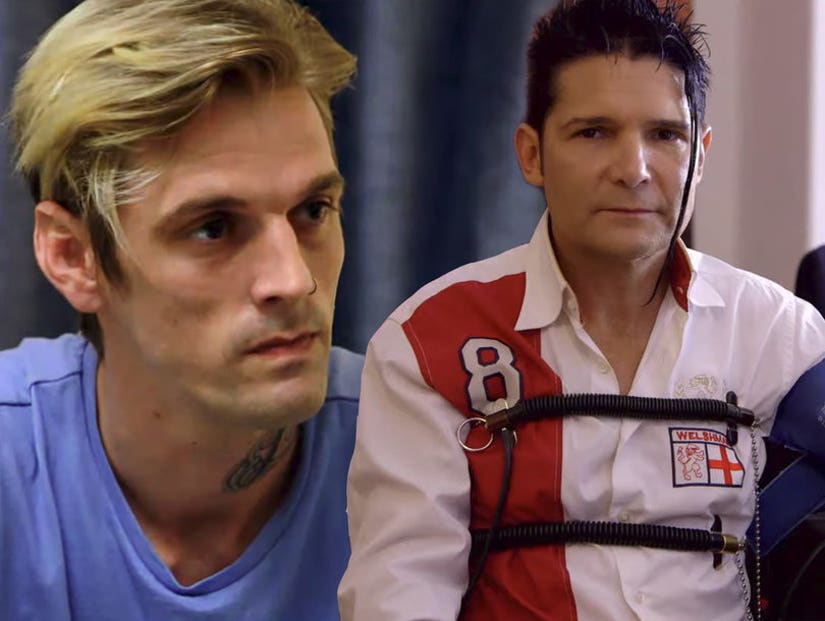 Money and family can be a tricky combination, as shown in the new trailer for WE tv's "Marriage Boot Camp: Reality Stars."

The show's upcoming season will feature Aaron Carter and his mother June, who used to be his manager.

There are clearly some unresolved issues regarding profits here, as he's seen telling his housemates that he sold 75 million records -- before she exclaims that she "never touched" his money.

Elsewhere in the teaser, he claims he "grew up alone in a hotel room" as a kid, before saying, "I don't know whether to like cry or punch a hole in the wall." The singer is also asked about his sobriety.

Of course, Carter isn't the only familiar face entering the house this season. Much of the trailer also focuses on Corey Feldman, who joins with his wife Courtney and brother Eden.

"I was abused by a pedophile," Corey says to his brother, referring to claims he's been very open about in recent years.

This season, Pop star Aaron Carter and his mother Jane come face-to-face in the most dramatic momager and son reunion ever! Just off the heels of a public divorce, "Real Housewives of Orange County," Alexis Bellino and her also divorced mother Penelope suffer from years of pent up resentment. "Basketball Wives," Laura Govan and her parents Gloria and Michael struggle to break free from a daunting past and battle to get to the truth. In a last-ditch effort to save his brotherly bond, notorious child actor Corey Feldman enters with his brother Eden and his wife Courtney. Past trauma and abandonment plague their relationship, but will these brothers put their pride aside to bring the family back together? And when a pop-up gift shop unravels their core issues, a gift exchange brings on despair and sends someone running before they even unpack their bags!