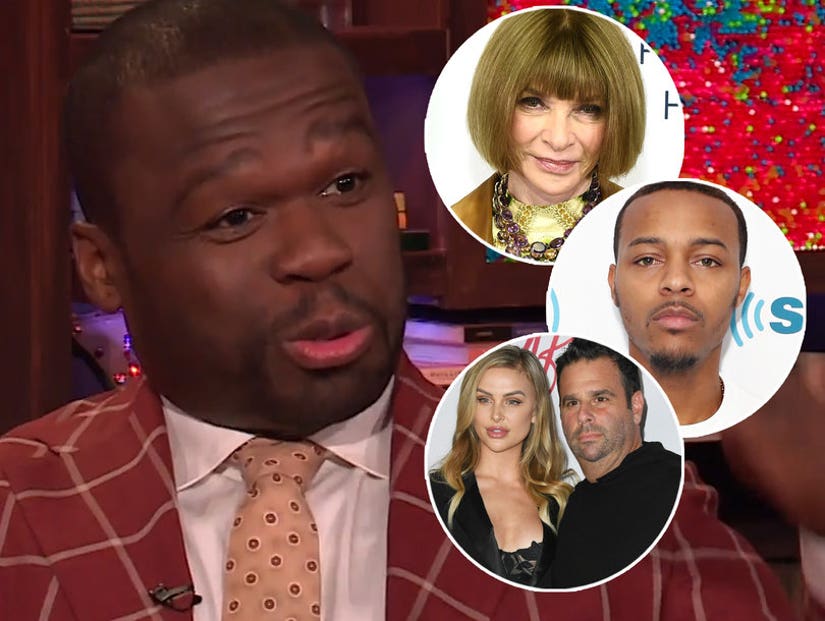 The mogul tells Andy Cohen where he stands with Randall Emmett and Lala Kent today.

50 Cent was in usual savage form when he stopped by "Watch What Happens Live with Andy Cohen" Sunday night, eager to talk about all his hilarious feuds with fellow entertainers.

The rapper-turned-mogul-turned-unofficial debt collector's targets included Common, Vivica A. Fox, Ja Rule, Bow Wow, Randall Emmett and Lala Kent. He also revealed why he once paid Vogue Editor-in-Chief Anna Wintour $25,000 -- and isn't asking for it back. 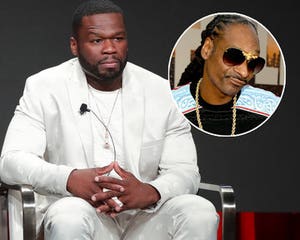 A caller during Sunday's show asked Fifty if he regretted calling Common the "male Vivica A. Fox" on Instagram a few months ago. The comment -- a reference to Fifty's ex-girlfriend, who soon became his favorite target on social media -- came after Common opened up about his difficult breakup from Erykah Badu.

"He said something about Erykah Badu, about not being able to eat when he broke up with her," Fifty told Andy. "I was like, 'Oh, man, that was a while ago!' That was like a shot, you know? That's like a 'Can we try this again?' type of thing. If you can throw that out there in public? That's like you've been going."

"I just felt like he was reaching back after that. I just don't know why you would say it if you got over it," the mogul added, noting that he hadn't heard from Common since. 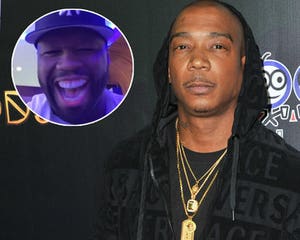 Another fellow rapper he hasn't heard from in a while is Ja Rule. Last year, Fifty took to Instagram to tell the world he had purchased 200 front-row tickets to a Ja Rule concert using Groupon. Although Ja Rule claims Fifty never actually bought the tickets, it didn't prevent the latter from posting several Photoshopped images of himself sitting solo at what appeared to be an empty show.

"I just happened to see them on [Groupon] for you to buy, and I was like, they were so cheap, I might as well just buy them," Fifty told Andy with a chuckle.

"Did you ever hear from him?" Andy asked.

Andy then asked Fifty about his claims that Bow Wow recently took money Fifty had given him for strippers and kept it for himself. Once again, the mogul was grinning ear to ear.

"This is what happened, Andy," he claimed, looking intently at Cohen. "We went went out to Atlanta. We enjoy ourselves in the nightclub. I forgot the name of the club, [but] it was like a strip club. We're enjoying ourselves. We got a bunch of money around, so we're throwing the money 'cause you don't wanna be there and not have money to throw. And then later, we see on his actual Instagram, he like snapped his own, 'Yo, somebody better come get this.' He took the money back home with him!"

Clarifying, Andy said, "You gave him money to play around in the club, and he took it home with him?"

During a game called Spill the Fofty, the mogul was asked to spill the tea on his highly entertaining Instagram feud with movie producer Randall Emmett and his "Vanderpump Rules" fiancée, Lala Kent.

The feud went viral because Fifty shared multiple screenshots of text messages he exchanged with Randall, who kept typing "Fofty" instead of Fifty. At one point, Randall even said he was headed to the hospital because all the back and forth online was giving him chest pains, but the rapper was relentless. Posting meme after meme and screenshot after screenshot, Fifty demanded Randall pay him his $1 million "by Monday." He also said he wanted nothing to do with the couple's wedding. (Randall had asked him to be a groomsman.)

"Has Randall always called you Fofty, or was that a typo?" Andy asked his guest.

"No, yeah, he was speeding! He was going fast," Fifty said, motioning his hands as if he were texting. 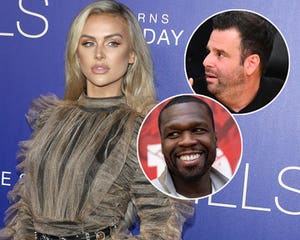 "Now does everyone call you Fofty?" Cohen asked.

"It's a whole new thing," the mogul replied with a laugh.

"Did Randall ask to borrow money, or did you offer?" Andy inquired.

Giving a lengthy explanation, Fifty said, "We were actually partners in [production company] Cheetah Vision films. We made profits in the film, but he was positioning himself publicly as my partner, but he was receiving a salary. So out of the profits that we actually made for the company, it was about a million three that he had owed, and he paid. A portion of it was paid out of his portion of his production credit for 'Power,' like, directed straight to me, but he didn't actually give me anything."

"And I was approaching '[Black Mafia Family],'" Fifty continued. "He was a partner on the 'BMF' series also, and I was like, 'If you don't gimme something, I'm gonna pay myself back before you get a chance to pay me, so send me something.'"

Andy then asked Fifty if he regretted taking his beef with Randall to social media.

"No," the rapper replied. "It got me paid right away!"

"What is your friendship status with Randall and Lala currently?" Cohen inquired.

"I don't have a problem with them," Fifty said, noting that he hadn't spoken to them since the feud and has no intention of attending their wedding.

Andy asked, "Are you a fan of 'Vanderpump Rules'?"

"The show is interesting," Fifty replied. "Very interesting to me. Like, since then, I've watched 'cause I've had to go find things that his girlfriend said like while I was in the middle of [posting]. And it was ill. Like, she was telling the whole truth. I was like, 'Why would you tell the truth?!'"

At the time of his posting spree, Fifty posted clips of Lala telling a co-star she let Randall "hit it" the first night they met and that he bought her a car the next day.

Later in the evening, another caller phoned in to ask Fifty if there was any truth to the rumor that he paid Anna Wintour "25 grand to get a ticket to the Met Gala."

Without batting an eye, he replied, "Yes." 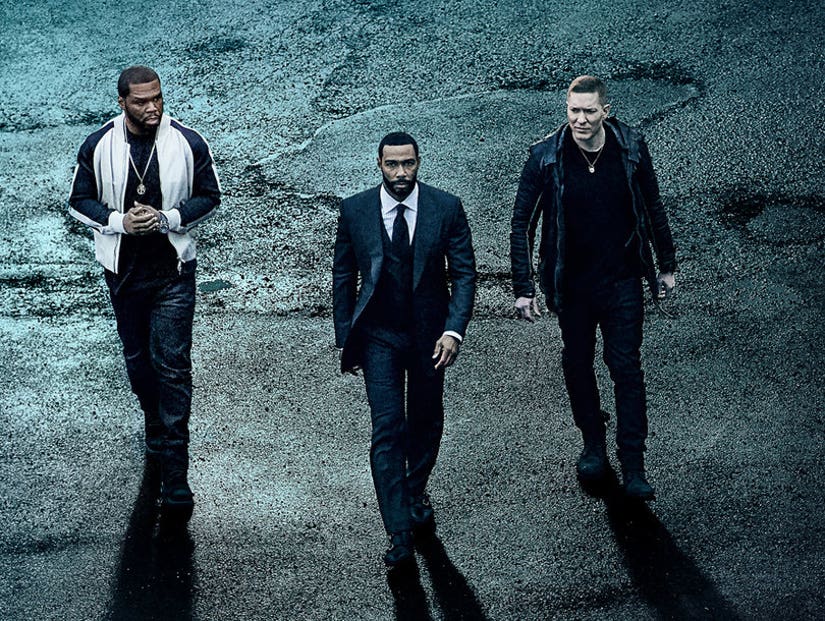