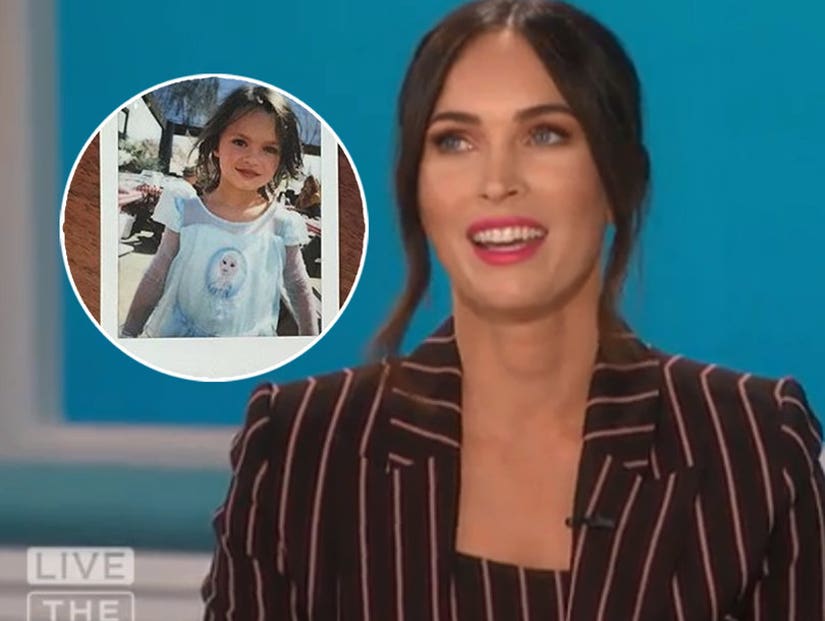 After wearing a dress to school this week, Noah told his mother, "All the boys laughed when I came in."

Megan Fox and Brian Austin Green won't let bullies stop him from his love of fashion.

The couple's 6-year-old son Noah is obsessed with style, mom Megan revealed on today's episode of "The Talk" while opening up about his interests and decision to sometimes wear dresses.

"He designs, he draws outfits. He's very talented, but he's still 6," Fox told the cohosts. "He's really into fashion. He's the one, like sometimes, he'll dress himself and he likes to wear dresses, sometimes."

"And I send him to a really liberal, like hippy school. But even there, here in California, he still has little boys going like, 'Boys don't wear dresses,' or 'Boys don't wear pink," Fox continued. "We're going through that now, where I'm trying to teach him to be confident no matter what anyone else says."

Though Noah had stopped wearing dresses for a while, he wore one again this week to school. "And he came home and I was like, 'How was it? Did any of the friends at school have anything to say?' And he was like, 'Well, all the boys laughed when I came in,' but he's like, 'I don't care, I love dresses too much.'"

Fox's husband previously defended Noah's fashion sense earlier in 2017, after Fox shared the photo above of Noah in a "Frozen" dress. "My son, he's 4," Green said at the time. "I've heard from some people that they don't agree with him wearing dresses. To them I say, I don't care. He's 4 and if he wants to wear it then he wears it."

"And it's dresses or goggles or slippers or whatever. It's his life, they're not my clothes," he added. "I feel like at 4 at 5, that's a time when he should be having fun. He's not harming anyone wearing a dress. So if he wants to wear a dress, good on him." 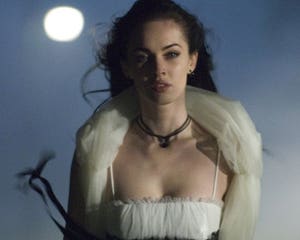 During her time on "The Talk," Fox was also asked about Kelly Ripa recently recalling -- in an interview with Green -- how she warned Brian about dating Megan after they met on the set of "Hope & Faith."

"I heard about that interview when he did it, because they also -- Brian included -- kept referring to the fact I was 17 when I met him and I wasn't!" said Fox. "I was already 18, nothing illegal was going on. But he was like 31 so I think, I was too young for him and I think that was the implication."

"The guy who played my dad was like that's Megan, don't talk to her, she's too young for everyone' and Brian didn't," she added. "He tried to stay away from me but I chased him down."

Fox and Green have been married since 2010 and share three sons together; Noah, 6, Bodhi, 5, and Journey, 3. Green is also father to 17-year-old son Kassius, who he shares with ex Vanessa Marcil.