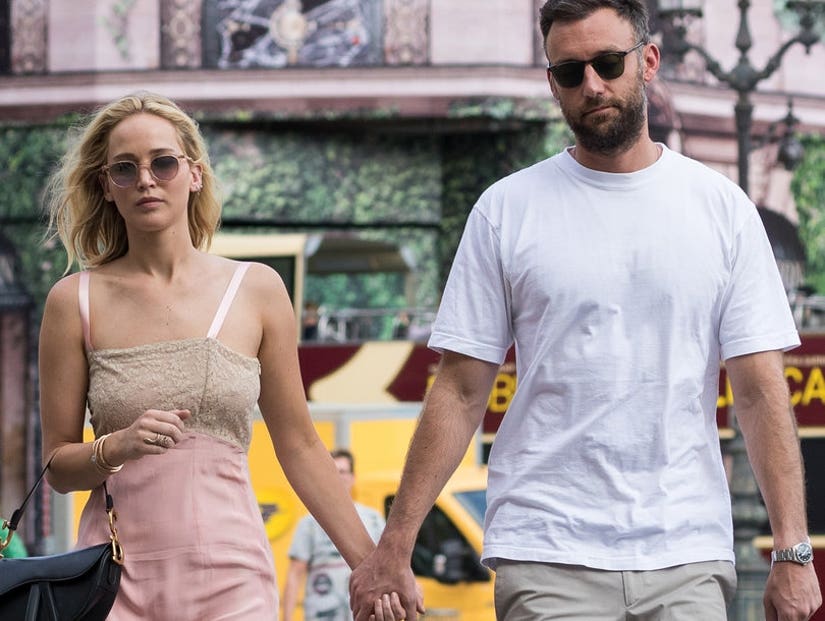 There were approximately 150 guests in attendance at a lavish reception at Belcourt of Newport including Adele, Cameron Diaz, Kris Jenner, Ashley Olsen, Amy Schumer and Emma Stone.

She's stunned the media and her fans for years on Hollywood red carpets, but we imagine Jennifer Lawrence never looked more stunning to art gallerist Cooke Maroney than when he saw her in her Dior wedding dress as she said "I do" on Saturday.

The couple tied the knot in a luxurious Rhode Island ceremony, per People, after an eight-month engagement. We all await the wedding photos together with bated breath. 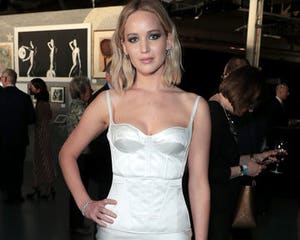 Their relationship first captured the public's imagination when they were jet-setting around the world in 2018. Perhaps appropriately, Lawrence made her engagement official by showing off the giant sparkler on her finger at Dior's Paris Fashion Week show.

For their big day, Lawrence and Maroney were surrounded by family and friends, including Adele, Cameron Diaz, Kris Jenner, Ashley Olsen, Amy Schumer and Emma Stone, among others.

There were reportedly approximately 150 guests in attendance at their reception, held at the Belcourt of Newport, a stunning mansion in Newport, Rhode Island dating back to 1894. The big weekend kicked off with a clambake rehearsal dinner on the private Rose Island. 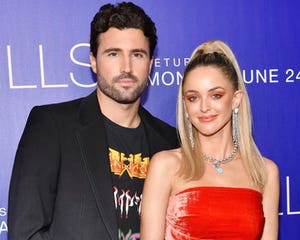 TMZ had the deets on the menu for Lawrence and Maroney's guests, with the outlet reporting a wood-burned barbecue feast of meat, including 5-week-aged leg of beef with forager's sauce.

The other main course option was wood-roasted fish with herbs and lemon-infused butter, with both dishes enhanced with a variety of vegetables and hors d'oeuvres. They kept it a little casual with dessert, though, featuring (among other things) caramel apples, fritters and s'mores

Since going public with their relationship, Lawrence has not been shy about lavishing praise on her now-husband, going so far as to call him "the greatest human being I've ever met," during an appearance on the "Naked with Catt Sadler" podcast in June, as noted by People. 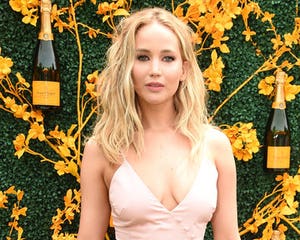 She also admitted at the time that she wasn't looking to get married until she met Maroney. "I just met Cooke and I wanted to marry him," she told Sadler. "We wanted to marry each other, we wanted to commit fully."

Speculation began to run rampant that this wedding was looming when the couple was spotted obtaining a marriage license last month in New York City. J.Law also shared her wedding registry in a collaboration with Amazon which featured some ... bizarre items.

While most of the items were what you might expect to see, Lawrence also put down AirPods, a Kindle Paperwhite and Go Pro Hero 7 camera on her list. While these items are certainly wonderful products for a student, we're not sure exactly why "The Hunger Games" star suggested someone list them for a wedding registry.

And never fear, Lawrence -- who became famous for being "just like us" in every sense of the word -- promises she did not become a bridezilla ... because that just sounds like too much work. "I'm too lazy to be neurotic," she told Sadler. "I like saw a dress I liked. I said, 'Oh, that's the dress.' I saw a venue, and I was like, 'Cool, we got the venue.'" 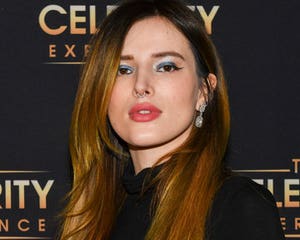 That said, she did have one freak-out moment, and that was mostly her own fault. "I cried because I thought I didn't want to have a bachelorette party, and then last minute I decided I did," she admitted.

"Then nobody was available because it was last minute. And then I started crying. I was like, 'I don't even know why I'm crying. I didn't know that I wanted a bachelorette party. I guess I just feel pathetic.'

Now that the couple is official official, maybe Maroney will begin to walk the red carpet with Lawrence. He has yet to do so since their relationship began approximately a year ago, though that may be by his preference. 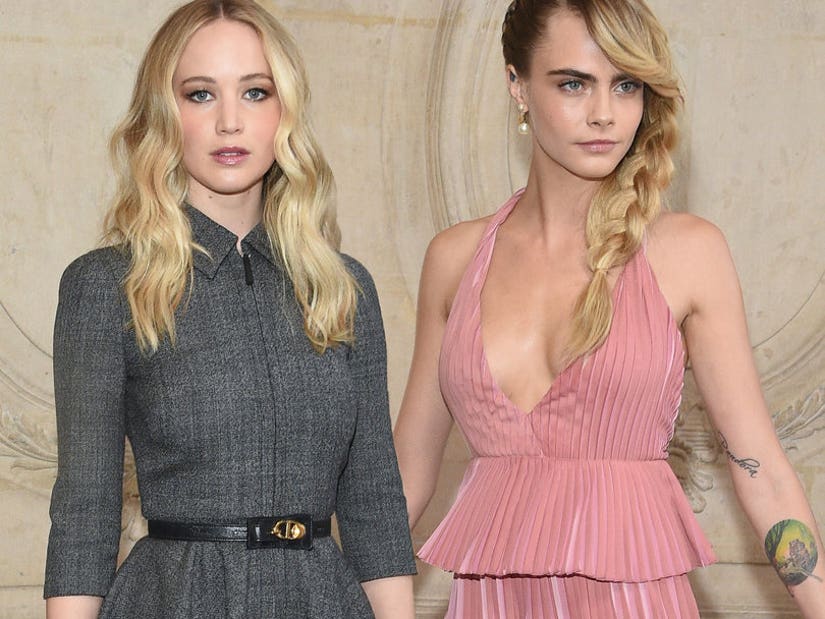