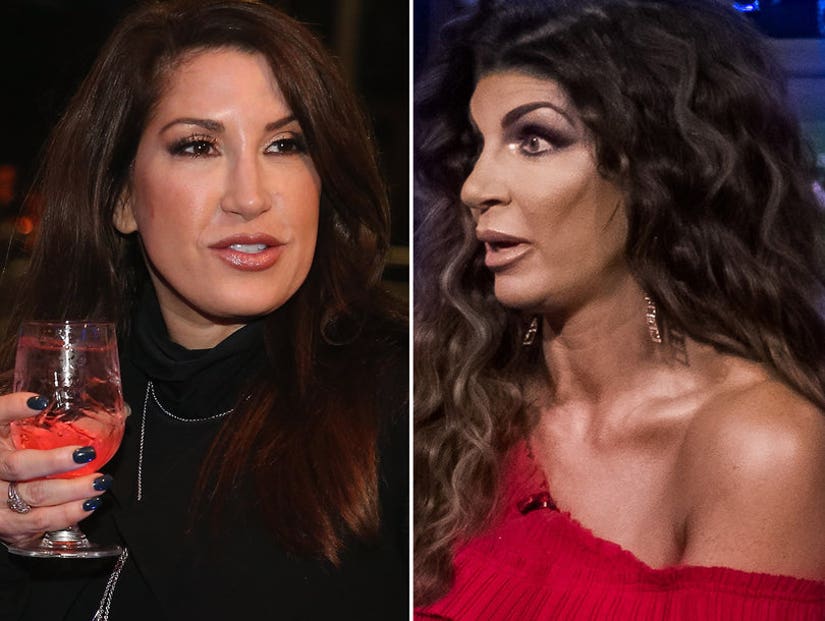 "I think she doesn't like Caroline because Caroline is a lot smarter than her and she can use her words wisely," says Teresa's former friend and "RHONJ" alum.

Jacqueline Laurita has come out of the woodwork to slam former friend and "Real Housewives of New Jersey" co-star Teresa Giudice following the latter's joint interview with husband Joe Giudice.

During a recent Andy Cohen TV special, Teresa and Joe discussed where they were in terms of their marriage after they each spent a chunk of time behind bars: Joe served 41 months in federal prison for mail, wire and bank fraud, while Teresa served 11 months for her involvement in the financial crimes. Following a stint in ICE custody, Joe was transported to Italy, where he's awaiting the court's decision in his ongoing deportation case.

Both Teresa and Joe accused the other of cheating while maintaining their own innocence on Andy's special; Jacqueline, however, voiced an opinion of her own regarding their marriage. 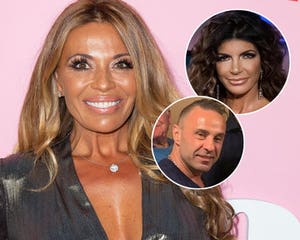 Jacqueline, who stopped being a regular castmember on "RHONJ" in 2014, went on to say she feels Teresa resents Joe for a variety of reasons and that she's never been able to take accountability for her actions.

"I remember [Teresa] always saying, 'I wish [Joe] was taller! I wish he was more fit!' Because she's kind of superficial like that," Jacqueline said. "I think that she is also very angry at him 'cause Teresa never really takes accountability for things she does in her life. It's very hard for her to do that. It always has been. She's a narcissist, sociopath."

"I think she's angry at her husband for trusting him also 'cause on top of the things that she did, there's things that he did that she didn't know either," Laurita claimed. "She didn't know everything, but she is not innocent for sure. I know this. And I think that she's angry at him because she felt like she spent that time away from her kids, her family, the public embarrassment. And also the fact that once she got out, her mom passed away shortly after, and she was very close to her mom, so she looked at it like a time of that year I could've spent with my mom before she died, but I had to spend it here."

She also called Teresa all sorts of names, including "selfish" for not moving her family to Italy to be with her husband after his release from ICE custody.

"Honestly, to me, it was selfish because when he was gonna get deported... If that was my husband and my husband had to do all that, I would go wherever he went," she said of Joe's possible deportation to his homeland. "When I was in New Jersey, when my husband got the job out here [in California]...it wasn't an easy decision for me because I had family here obviously, but I still had to pick up my kids, uproot them from their [lives] to move them out here. I don't care if my husband had to go out of the country. I don't care where he went, I love my husband so much, wherever he goes, I would go with him."

"You raise your kids in a new culture, it's a good experience. Keep them out of the press! I mean, those kids have gone through hell and back," she went on, claiming, "They're getting teased at school. She puts herself in the press. She always wanted to be famous. Always. And that's what's sad. Her kids are getting teased at school... If it were me, it'd be like, time to remove them from the camera and start a new life with your husband... Because I'm like, if you love your husband, why aren't you just going to be with him?"

"Who wouldn't want your wife with you if you're like in love and want your kids? What is so horrible about Italy?" Laurita continued. "When I was younger, my father was in the military. I lived in Korea, I lived in Germany. I think it was good to experience other cultures. I don't think there's anything wrong with that. And what they're in now is a toxic environment on a TV show that's very toxic. They've gotten tons of press, they're getting teased at school. I mean, why not uproot your family and get them the freak out of there and start a new life with your husband?"

"Also," she added, "[Teresa] made a comment about him in prison: 'When I saw him in prison, I felt nothing. Like, I felt nothing for him. I couldn't even kiss him!' ... Who says that out loud? Like, if that were my husband, that's when you wanna make them feel the most comfortable and the most loved... You say whatever to make them feel good. She should know what it's like to be stuck in prison. She was there." 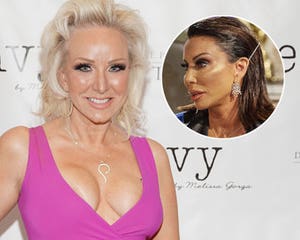 While Jacqueline found Joe's comment to Andy -- "We're the best thing that's ever happened to you!" -- mostly laughable, she did think the sentiment had some merit.

"Until the table flip, the Housewives were pretty mellow. I think once the table flip happened and that kind of went viral, I feel like it really stepped up the game for all the other Housewives," she said, adding of Teresa's "viral" moment, "It's so embarrassing. Because she's a narcissist, she really believes that she's like this... She's famous? She's infamous! I would never wanna be famous for flipping tables, acting classless, being dumb and being a felon. I'm sorry! I just wouldn't want that."

Laurita went on to call Teresa a "very calculated" "manipulator."

During the Bravo Clubhouse sit-down, Cohen brought up a prediction Caroline Manzo, Jacqueline's sister-in-law, made during her time on "RHONJ." She predicted Joe would go to prison and that Teresa would divorce him and go on to raise their four girls to be strong and independent women. Angry that the remark was brought up, Teresa wondered if Caroline was the "rat" who reported the Giudices to the feds.

According to Jacqueline, "[Teresa] was pissed that Caroline was right. Not that she's a psychic, but Caroline knows her character. It was very easy to predict."

"Season 7 reunion that I was on with Teresa, she blamed me for calling the feds on her, and now she's blaming Caroline Manzo, my sister-in-law..." she said. "So I don't know what Teresa's hatred towards Caroline is, why she keeps blaming her or blaming me. Here she is blaming my sister-in-law, who had always been there for her, tried to guide her. I think she doesn't like Caroline because Caroline is a lot smarter than her and she can use her words wisely, and Teresa can't." 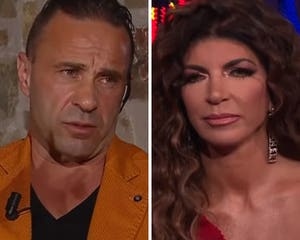 Jacqueline also said she felt Teresa's "changed so much since prison."

"It's actually sad," she explained. "When I first met her, she was very lighthearted, ditsy, but always just so funny because she was so stupid. I think that she would just say dumb things, and I would laugh all the time. I always had laughs with her. It was lighthearted and fun. I wasn't a threat to her, so she didn't show that ugly side of her to me because I'm one to praise my friends, I like them to feel good, that's what I did for her. I helped her out, I made her feel good. Teresa likes 'yes' friends and people who will always agree with her. She likes fans, not friends."

"I didn't see that ugly side to her until Melissa [Gorga] came into the picture, and then I saw all the things she did to try to sabotage Melissa, so that was kind of like a, 'Wow, who's this girl?'" she said. "And that's family. She had no loyalty to her family, I'll tell you that right now."

Season 10 of "The Real Housewives of New Jersey" premieres Wednesday at 8 p.m. on Bravo. 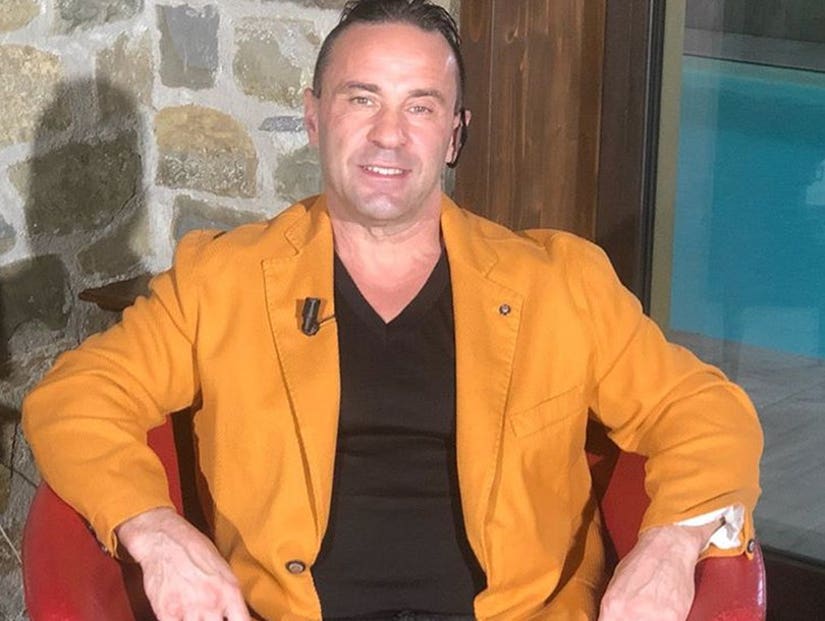