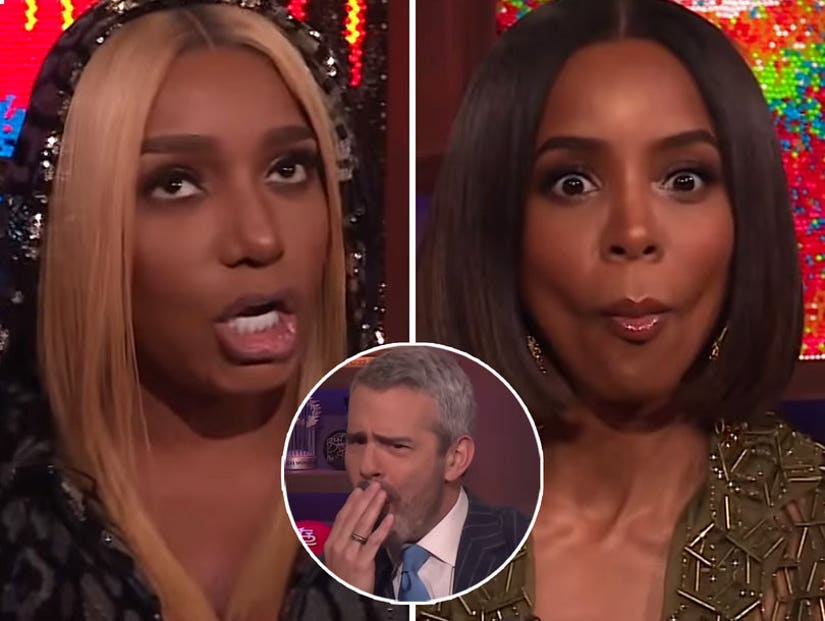 "Uh, I think she has nice contacts," NeNe says, taking her time to think of a second "compliment."

NeNe Leakes came to the Bravo Clubhouse with shade to throw, while Kelly Rowland arrived with a thirst to quench.

Luckily, it seems both ladies left quite satisfied.

When host Andy Cohen asked the "Real Housewives of Atlanta" star if she could say three nice things about co-star Kenya Moore, she replied, "Um, yeah, sure. You know, I'm not the real evil one here, okay?"

"Uh, I think she has nice contacts," NeNe said, taking her time to think of a second compliment. "I think she has a nice grade of hair." This is when Andy started to squirm in his seat. "And um, lemme think..." she continued, as the audience roared.

"Come on, NeNe, a real one!" the Destiny's Child alum begged.

"These are so real," NeNe maintained, as she came up with a third "nice" thing to say about her co-star. "And I think the line around her lips is nice."

A caller then asked Leakes about the state of her relationship with co-star Eva Marcile, noting NeNe was recently at Eva's baby shower even though Marcille's "been shading you all over TV."

"I'm as surprised as you guys are, because last year, I was her big sister," NeNe said with a laugh. "So I don't know what happened this year. We haven't bumped heads or anything that I know of," she added with a shrug. "But, you know..."

An admitted "Team Twirl" caller then phoned in and asked NeNe what marital advice she would give to Kenya if the two were friends. On Sunday's episode of "RHOA," Kenya broke down to Kandi Burruss, suggesting that husband Marc Daly's anger issues were teetering on verbal abuse.

"You should continue to watch the show because I actually do give her some advice that I do not want to give away, so tune in," NeNe said, later adding, "I will say this: I've been married the longest in the group. I love love, and I hate to see a family break up, so I definitely offer advice." 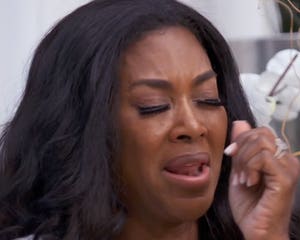 For Kelly's part, she disappointed an inquiring caller when she revealed there were no set plans for a Destiny's Child reunion.

"No, we haven't talked about it. We talk about everything else but that," she said. "And I like the surprise of it! You know what I mean? Y'all know everything."

During a speed round of questions, Rowland revealed she and David Guetta would be working on another collaboration "hopefully soon," shut down the rumors that anything romantic went on with Nelly during the "Dilemma" era, said her least favorite DC song was "Bug-A-Boo" and revealed her least favorite DC matching outfit was "this one yellow number where we looked like little chickens."

Kelly also thinks "it's time" for a Donna Summer biopic and promised her fans a new album and tour in 2020.

"Next year. Next year! I'm so dead-serious, next year," she said. "I'm tired of saying this time and that time, but it's definitely next year because -- now my whisky's talking -- but trust me, I've been waiting just as long as [my fans] have to put music out. I'm excited!" 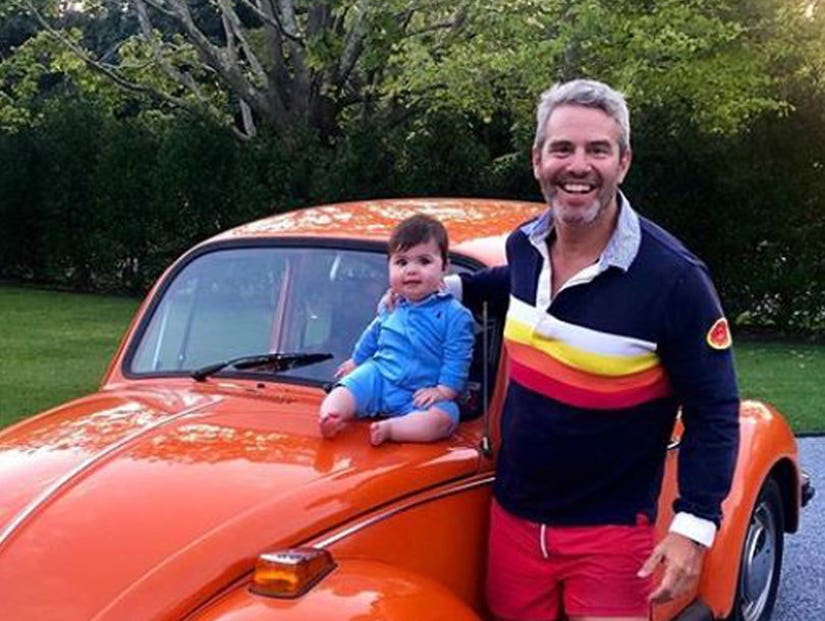